How to Revert Back to The Old Facebook Design 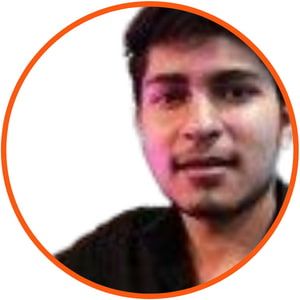 From its early days, Facebook has been one of the most popular social media websites on the web and continues to be so today with over 2.45 billion monthly active users. Owing to its robust and interactive layout Facebook has managed to amass the highest number of social media users and has about 1.62 billion daily active users. Although since the initial days of its conception, this number has only gone uphill, recent days have seen a decline in the charts. This can be attributed to the change in its layout, which has not been very well received by its users.

Every new design of a software or an application tends to improve on the previous version in both functionality and visual appeal; the new Facebook update however seems to have upset its users, with most of its user base longing for the older version.

The new layout of Facebook comes with an option of enabling dark mode, separate group tab interface, along with a Facebook Messenger for desktop, which does not require the users to go to their Facebook profile, instead simply access the same features available on the mobile version, through a desktop application. The 3-dimensional photo option allows users to publish immersive 3-dimensional photos through the portrait mode of the camera while the quiet mode allows the user to mute all the notifications, in an attempt to reduce screen-time.

There are a lot of differences between the classic layout of the Facebook page and the newer version. One such example is the ID numbers, which have somewhat different naming conventions in both versions, in case you want to find a specific profile through the source code. In the classic design, the profile, page, as well as location ID is named as entity id, while that in the new version profile ID is termed as user ID, page as page ID, and event as event ID.

Although some features that the classic design offers are better and welcomed by users, man features of the new layout also stand out. One such example is the 'Groups' tab, in which the new design offers you more filters including a filter for the city. Moreover, you can find friends and followers in the new design with ease owing to an additional search bar as well as posts within a group, with the help of the 'magnifying glass icon' available. Also, the new design comes in handy when you wish to search posts pertaining to a given topic, owing to the search option within the profile; although searching in the classic version would be easier in case you wish to search between dates.

Reverting to The Classic Design

Regardless of all the new updates that Facebook has incorporated in its latest design, users are not quite satisfied and want to revert back to the previous version. On that note, here's how to revert back to old Facebook 2020 interface. Here are some simple steps you can follow, if you are one of the people longing for the older version or Facebook old design, to go back to the version.

Facebook also offers to revert back to the newer version, if the older version doesn't quite work with you and you prefer the new layout. All you will need to do is select the option that says, "Switch to new Facebook" from the downward-facing arrow on the top right corner. This allows you to go back to the new layout even after you have switched to the older version.This is how to switch to classic Facebook 2021. Hope it helps you out!

There has been an update which has removed this option but this video explains 2 other ways you can revert back to the old Fb.

Steps on the switch to classic design on Facebook:

Facebook's new 2020 design features more white space and is easier to read on a desktop.

Facebook has a secret "dark mode" that makes the app gentler on your eyes at night by changing all the white spaces to black.

Ansh Mehrey
Have something interesting to share on our site? Reach out at story@startuptalky.com