Top 8 Interesting Facts About FedEx You Might Not Know About 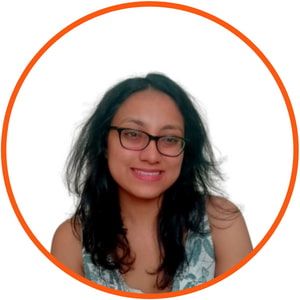 FedEx Corporation previously called Federal Express Corporation or FDX corporation is an America-based multinational company mainly focusing on transportation and e-commerce services. It was founded in the year 1971 by Frederick W. Smith.

FedEx Express provides transcontinental and international express services to hundreds of locations and markets across Europe, the Middle East, the Indian Subcontinent, and Africa (EMEA). FedEx Express EMEA is headquartered in Paris-Charles de Gaulle and is gradually expanding its network across the region through smart, strategic investments.

FedEx has the service you require, whether it's express or less urgent, little shipments or heavyweight, import or export. FedEx Express created express delivery and continues to be the industry leader, providing fast, dependable, and time-definite delivery to more than 220 countries and territories.

The Memphis-based firm was supposed to announce its fourth-quarter earnings on June 23. However, due to “shelter in place” rules for the coronavirus pandemic, the corporation postponed the publication until after the market closure on June 30.  Due to the pandemic, FedEx has implemented many measures, including a cost for large shippers and a daily limit on how much specific shops can deliver.
FedEx similarly lowered its economic outlook in March due to the coronavirus pandemic's uncertainty.

FedEx is a well-known courier company having its roots fixed to more than one service. There are many interesting facts revolving around FedEx all belonging to a different origin. Some of them have been shared below.

1. FedEx Was Not Started as a Specified Courier Service
2. FedEx Earned Its Investment by Gambling
3. The Secretive Logo Design
4. The First Firm to Invent Tracking Numbers
5. FedEx Stands for More Than Shipping and Courier Service
6. The Movie “Cast Away” Is Inspired by FedEx Principles
7. FedEx Owns 697 Aircraft for Smooth Work
8. FedEx Does Not Ship Everything

1. FedEx Was Not Started as a Specified Courier Service

FedEx did not start out as a courier service as it does now. FedEx was founded on the idea of picking up cheques from the 12 Federal Reserve banks in the United States, flying them to a central hub, and then delivering the cheques to the federal reserve member banks the next day, according to creator Fred Smith's business plan from 1971.

He pitched the proposal to the Federal Reserve, which was enthusiastically received. Smith used his personal resources and a loan from his family trust fund to purchase two Dassault Falcon jets from Pan-Am. The federal reserve board later reversed its decision, leaving the company with no clients, two Falcons, and $3.6 million in debt.

2. FedEx Earned Its Investment by Gambling

FedEx was on the edge of bankruptcy in 1974, just three years after it was founded. Fred Smith was unable to raise funds, obtain loans, or attract investors because the company was losing $1 million each month. Only $5,000 remained in the company accounts at the conclusion of the working week, on Friday, which was insufficient for the company to continue operating.

Smith made the decision to take severe measures. He travelled to Las Vegas from the business's headquarters in Little Rock, Arkansas, and spent the weekend gambling with company monies.

On Monday, Smith went to the company's Little Rock headquarters and informed surprised bosses that he had turned the $5,000 into $27,000. FedEx received $11 million in the capital soon after, and two years later, in 1976, it made its first-ever profit of $3.6 million.

Examine the letters E and X closely. In the white space between the two characters, there should be an arrow. The arrow is meant to send a concealed message about FedEx. The arrow defines the work of FedEx, which is to deliver from point A to Point B.

Another shocking fact is that the arrow was not designed purposely. Instead, it was found accidentally in the year 1994, while designing 400 different logos for the corporation.

Tracking numbers now forms the basic part of each courier company. However, FedEx is debatingly acknowledged as the inventor of tracking numbers. It is estimated that FedEx invented the tracking number in the late 1970s. Tracking numbers were invented as the set of numbers that represent a package's trip and were meant for FedEx's internal quality control system.

5. FedEx Stands for More Than Shipping and Courier Service

Undoubtedly, FedEx is highly acknowledged for its courier shipping facility. However, it is not restricted to the shipping service only. It also provides multiple e-commerce services and custom brokerage services under the Logistic brand of FedEx. FedEx is also known to have its role in electronic repairs and 3D printing.

6. The Movie “Cast Away” Is Inspired by FedEx Principles

FedEx is truly appreciated for its on-time deliveries. The concept of the movie "Cast Away" is highly inspired by FedEx and created a great marketing strategy for FedEx with zero fees.

The main character of the movie Chuck Noland is shown as the system analyst of FedEx who gets stranded on an island after a plane crash due to a storm. He managed to survive four years on the island and successfully makes an exit from the island with one unopened and un-delivered courier in his hand.

After the exit, Chunk finally delivers the unopened letter successfully to the given address and showcases the late but successful delivery of the firm FedEx.

As a matter of fact, FedEx serves 220 countries across the globe and has 697 aircraft with more than 650 airports served.

8. FedEx Does Not Ship Everything

Irrespective of the belief that FedEx can transport anything through its courier service. It is not the truth. FedEx also has its own terms and condition which does not allow the shipping service for a few products.

Any kind of animal is not transported by FedEx. Some exceptions can be made to this for specific fishes and reptiles. FedEx also does not support shipping illegal things through its service.

As a matter of fact, FedEx handles over 19 million packages every day but with its restriction still in terms.

FedEx Express is the world's largest express transportation provider, providing fast and reliable services for more than 3.6 million items each business day, thanks to unmatched air route authorities and transportation infrastructure, and cutting-edge information technologies. Just like other corporations, FedEx corporation also has its share of fun facts. Some of them are shared in the above context.

FedEx was not the first shipping company to be developed. However, with the time FedEx made its place on the market and created its own name for its timely and reliable services. The service given by FedEx is still up to the mark, and that is what made FedEx unique from others.

What does FedEx mean?

How many planes does FedEx have?

FedEx is claimed to have approximately 697 aircraft with its service extended to 650 airports across the globe.