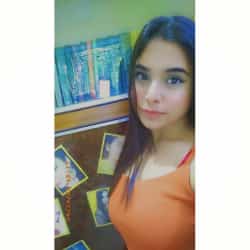 Klarna, a European buy-now-pay-later (BNPL) service provider, is raising investments at a valuation of $15 billion. There was a dramatic decline in their mid-2021 $45 billion valuations and the estimated 2022 $30 billion figure. In recent quarters, not just Klarna, many fintech companies have fallen sharply.

Klarna is the second-largest BNPL service provider. It allows interest-free finance to consumers. These services have gained popularity, especially after the COVID-19 pandemic.

The latest investments in Klarna were led by SoftBank’s Vision Fund 2. They cement its status as one of the finest fintech startups by valuation. However, this market is deteriorating at a rapid rate and the best-known private fintech company is caught in the mix. Here’s why Klarna’s valuation dropped from $45 billion to $15 billion in 2022.

Klarna is a Sweden-based fintech company. It was established in 2005 in Stockholm. Niklas Adalberth, Sebastian Siemiatkowskiand Victor Jacobsson are the co-founders. Their sole purpose is to make online shopping effortless for consumers.

Klarna, also known as Klarna Bank AB, offers numerous online financial services. These include direct payments, online storefronts or BNPL services. Since 2005, Klarna has been on a mission to make payment as simple, safe, and smooth as possible.

After serving the world for over 17 years, Klarna is now the world's leading global payments and shopping service. Today, it holds almost 147 million users with more than 400,000 merchants across 45 different countries.

Klarna Valuation to Drop From $45 Billion to $15 Billion

The Swedish fintech company is seeking to raise funds at almost three times less valuation. Last time the company closed the round at a valuation of $46 billion with SoftBank, becoming the world's second valued startup. However, on Friday Wall Street Journal reported that the valuation shrank to $15 billion while raising $500 million from investors. The journal reported that last month Klarna had pitched a proposal of $30 billion to the investors, which now closed at $15 billion.

Why Is Klarna’s Valuation Declining?

Last month, the Journal reported that Klarna’s CEO Sebastian Siemiatkowski made public the company’s situation. Citing market constraints, he announced that the company was laying off 10% of its international workforce.

Through a pre-recorded video message, he said, “We are strongly influenced by the outside world. When we set our goals for 2022 in the autumn, it was a very different world than the one we have today. What we are seeing now in the world is not temporary or short-lived, and hence we need to act.”

In the same week, Sifted reported that the company’s pre-tax losses have tripled to $250 million in the first three months. BNPL startups, such as Klarna, survive a low-interest-rate environment. Merchant fees and late payment charges bring enough revenue but the margins have been narrowing, as of now.

The company’s CEO also spoke about how users are gravitating towards debit and rejecting interest-and-fee-laden credit. He said, "Consumers continue to reject interest-and fee-laden revolving credit and are moving toward debit while simultaneously seeking retail experiences that better meet their needs,"

The Situation of Klarna in 2022

Starting in 2022, when Klarna submitted its first-quarter report, it was noted that 10% of the staff were terminated. However, speaking over the report, the company said that “still seeing strong growth across the business”, it was “time to consolidate and capitalize on strong foundations”.

Now, looking at the huge financial loss, it seemed that this was the reason why the company decided to cut costs.

Thereby in an attempt to cover the losses, Klarna's CEO in early June declared that it would terminate its global employees. As a result, approximately 700 employees would lose their jobs.

Investments & Backers of Klarna in 2022

Swedish battery maker Northvolt raised $2.75 billion in a round valuing the company at $11.75 billion. According to Pitchbook, 2021 set a record for European tech startups raising $52B. As of June 22, European startups have already raised $45 billion.

"The international money is coming into Europe," Hans Otterling, general partner at Northzone and an early investor in Klarna, told CNBC. "For Silicon Valley, the talent pool has been depleting for some time. We have a huge talent pool in Europe." Klarna's other backers include the likes of Chinese fintech giant Ant Group and U.S. rappers Snoop Dogg and ASAP Rocky.

Last month, Klarna was hit with a data breach. Consumers reported that they were being logged into others’ accounts. This caused the company to officially shut down their app.

They addressed the issue later through a blog post. They stated the bug was caused by “human error” and that it had “informed appropriate authorities." However, this affected more than 9500 Klarna consumers.

Almost 73% of all e-commerce exchange transactions drove through Klarna. Due to the everlasting customer acquisition, the company claims to hold a valuation of a total of $45.6 billion in 2021. It is seconded by investors across the world. Some of them are Silver Lake, Dragoneer, Permira, Atomico, Sequoia Capital, Ant Group, Bestseller Group and Visa.

What is the valuation of Klarna?

The valuation of Klarna is $45.6 billion but is predicted to drop down to $15 billion.

What is the revenue of Klarna?

Heena Singh
If you have something interesting to share on our site, reach out to me at story@startuptalky.com