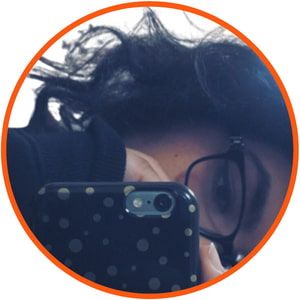 What is Monero?
Monero - Features
Difference Between Monero and Bitcoin
Why should you invest in Monero?
Conclusion
Monero - FAQs

Monero is the cryptocurrency industry's response to Bitcoin's lack of anonymity. For a long time, Bitcoin transactions were thought to be completely anonymous. The majority of people nowadays recognize that this is not the reality. In actuality, there are a slew of tools and services available to help identify the individual behind certain Bitcoin transactions.

Monero offers a unique approach to the cryptocurrency market. This currency prioritizes privacy. As a result of this technique, Monero is the most popular cryptocurrency for those looking to protect their anonymity in the business.

No cryptocurrency can exist without trust, and none is more dependent on it than Monero, whose users trust it not just with their money but also with keeping their transactions secret and secure.

Monero says that they need to be able to safeguard its users' anonymity even in a court of law, even “in extreme situations, from the death penalty,” as their website indicates.

Nobody is in charge of Monero. It differs from other currency. The network, or blockchain website, is managed by a central entity. Not only does this central, controlling agency or business not exist in the case of Monero, but the development choices and developer meeting records are published and available for anybody to examine online.

Monero, in essence, masks its users and transactions. A user can opt to hide all traces of their transactions, including their identity, the amount of cash traded, and any information about the person with whom they transacted. Monero does this by generating encrypted addresses that cannot be connected to prior transactions using stealth addresses.

Monero transactions are completely anonymous. They are untraceable transactions since they do not appear on the blockchain. Ring confidential transactions, which disguise the amount of Monero being transmitted, are part of Monero's technology. It stops anybody from checking the balances of other people's accounts.

Ring signatures are also employed, which aid in the creation of several fraudulent signatures. It's virtually hard to trace transactions to a user when there are several bogus signatures.

The FBI is taking notice of this sort of deception, as one might anticipate.

Monero employs variable block sizes. Depending on the network's traffic, miners might opt to accept larger or smaller transactions. Proof of work is a security feature that validates transactions and protects against malicious attacks.

Block payouts are never less than 0.3 XMR. The rate of inflation is 0.3 XMR every minute.

Monero is a cryptocurrency that works like a banknote. It is, in fact, one of the first. Cryptonote is a protocol for the application layer. Monero is able to deliver many of its privacy features because of this.

Decentralization, secrecy, fungibility, ring signatures, and egalitarian proof of work may all be used in Cryptonote-based currencies. All of these functionalities are used by Monero.

Monero, as previously said, is open source and uses popular, trusted languages like as C++. It also has a community of 30 developers.

Difference Between Monero and Bitcoin

Bitcoin is the most widely used cryptocurrency today. It operates on a protocol that uses pseudo name addresses to attempt to conceal the participant's identity. These pseudo names are made up of letter and number combinations that are produced at random.

However, because both Bitcoin addresses and transactions are recorded on the blockchain, they are accessible to the whole public. Even pseudonymous addresses aren't completely anonymous. A few transactions made by a participant over a period of time can be connected to the same address, allowing others to learn about an address owner's patterns and identity.

Fungibility is another benefit of Monero over bitcoin. This indicates that two units of a currency may be replaced for each other with no difference in value. Despite the fact that two $1 notes have the same face value, they are not fungible since each has a unique serial number. Two one-ounce gold bars of the same quality, on the other hand, are fungible since they have the same value and no distinguishing qualities. A bitcoin, in this instance, is a $1 note, but Monero is a chunk of gold. 4

The blockchain keeps track of each bitcoin's transaction history. On the blockchain, each bitcoin's transaction history is kept track of. It enables for the identification of bitcoin units associated to certain actions like as fraud, gambling, or theft, allowing for the barring, suspension, or closure of accounts holding such units. Consider obtaining a few bitcoins now that were previously spent for gambling and learning that they would be outlawed in the future, resulting in a loss.

Monero, however, features a non-traceable transaction history, making it a much safer network for players who don't want their owned units to be rejected or banned.

Why should you invest in Monero?

The need for a completely private cryptocurrency is strong. Monero is an iconic pioneer in this industry, and here are a few primary reasons why Monero is still a viable investment for the future.

Monero Cryptocurrency - Simple to Mine

Monero's consensus algorithm, like Bitcoin's, is based on Proof-of-Work (PoW). The algorithm for mining new XMR, on the other hand, was created from an entirely different perspective than Bitcoin's.

Bitcoin mining necessitates specialized equipment, such as the well-known ASICs, which must become increasingly powerful while also using increasing amounts of electricity. Furthermore, the cost of mining Bitcoins is continually increasing. As a result, mining Bitcoins with a simple home computer is no longer possible.

Monero's mining algorithm, on the other hand, has been expressly engineered to ensure that ASICs do not have a significant advantage over personal computers used for XMR mining.

Monero intends to invite more users to join its network by making mining on its Blockchain easier and with less power usage. Indeed, anyone with a home computer may become a node, potentially significantly increasing the number of XMR miners.

On the reference site CoinMarketCap, it is November 13, 2019, and there are 4800 coins listed. A huge number of cryptocurrencies, it appears, will not be able to survive in the long run. Because they are simply forks of existing coins, many cryptocurrencies do not provide any actual added value to their customers.

Monero is well-positioned to survive when the cryptocurrency market is cleaned of coins with no actual usefulness, since it is the undisputed leader in this industry.

Monero is designed to be private, but it also has the huge advantage of being fungible. As a result, 1 XMR is actually equivalent to 1 XMR, just like the US dollar or other fiat currencies.

This is not the case with Bitcoin, which has a comprehensive history of transactions that have led it from address to address, and hence from owner to owner. As a result, the necessity for a cryptocurrency like Monero in the future is quite serious.

Bitcoin was designed to function as both a means of commerce and a store of value. Bitcoin appears to be becoming more and more entrenched as a store of value as time passes. The total quantity of Bitcoins is restricted to 21 million, and according to recent reports, approximately 4 million have been permanently lost.

Monero has taken a different strategy in this area, recognizing some of Bitcoin's present restrictions, such as a maximum number of validatable transactions per second restriction of 7.

Unlike the Bitcoin Blockchain, which has a fixed block size, Monero's creators have opted to include an automated block size adaptive mechanism.

This implies that when the number of transactions to be handled grows, the Monero Blockchain adjusts automatically. As a consequence, Monero can execute a lot more transactions per second than Bitcoin while keeping transaction costs low. These characteristics make Monero an ideal medium of exchange, which is exactly what the cryptocurrency aspires to be rather than just a store of wealth.

Monero has always had a large following in its community since its inception. The initiative was successful in bringing together a big number of users right away.

The Monero community is extremely active, which is necessary for a cryptocurrency to have a long-term future.

Beginner inquiries are always appreciated, since they contribute to Monero's popularity. Furthermore, there is no entity that is funding Monero's development.

In some ways, it's a risk, but it's also a fantastic chance for the community to shape Monero's future. Contributors labour in their spare time or rely on donations collected through Monero Blockchain's Forum Funding System.

Monero is a completely open-source cryptocurrency that, like Bitcoin, is wholly controlled by its users. Since Monero's debut in 2014, about 350 people have contributed to the project.

Despite the fact that it is now 2019, around 200 developers are still working on the project. This is just one of the largest development teams for an open-source project in the bitcoin sector.

Monero has a strong foundation since it has a significant development team working on it. As a result, the cryptocurrency will continue to develop at a steady rate. This is a critical issue in a technology industry like cryptocurrency, where everything moves at a breakneck pace.

Although Monero does not have a plan with dated milestones, the cryptocurrency's fundamental goals are clearly expressed in its roadmap, and evolutions are published at a steady rate.

Cryptocurrencies are continually growing in popularity. The great majority of cryptocurrencies, on the other hand, will not survive in the long run. However, there are a variety of other virtual currencies that you can buy and trade that may be simpler to invest in, like Monero.

Monero has grown to become one of the world's most valuable cryptocurrencies, according to CoinMarketCap, based on its market value as of January 2021. Monero may be purchased on popular cryptocurrency exchanges such as Kraken, Poloniex, and Bitfinex. It's crucial to realize, though, that what makes Monero so popular, namely - its privacy features can also lead to severe issues, such as scalability and  it's usage in criminal operations.

Is Monero a prohibited cryptocurrency?

Monero isn't a prohibited cryptocurrency. It is a privacy-oriented cryptocurrency that gives users with anonymity, unlike others. This implies it can't be tracked. This feature, on the other hand, makes it particularly popular on the dark-net and for use in particular activities like gambling and drug sales.

Is it a Good Time to Invest in Monero?

Monero might be an excellent investment if you're interested in cryptocurrencies. The currency's value is increasing by more than 137 percent. It also doesn't cost much to get started because no specific hardware is required. You may mine Monero using your own computer's CPU, and it works with all operating systems.

Where to buy Monero from?

Monero may be bought through a digital or virtual currency exchange. You may also look for a private vendor or a cryptocurrency-capable ATM.

How long does it take to mine one Monero?

Although there is no maximum block size, mining one coin can take up to two minutes.

Is it possible to track XMR?

Monero, or XMR, is an untraceable cryptocurrency. Monero, unlike other cryptocurrencies like Bitcoin, has an untraceable transaction history. This feature provides participants with a much safer network in which they are less likely to have their held units rejected or banned by other users.

Annika Motamarri
A tech junky always on the hunt for the up and coming. Have something interesting to share on our site? Reach out at story@startuptalky.com