Interesting Facts About Nokia Which Will Surprise You 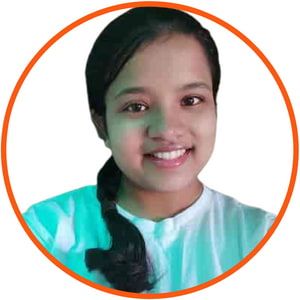 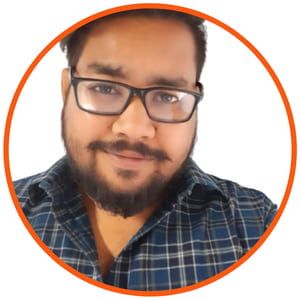 Lately, the world has graduated from the playschool era. Pigeons are now substituted with a gadget called 'Mobile'. The stakeholders keep on trying to evolve and lurch past the pace of the cosmos. In the meantime, there are a lot of things that came into the limelight after someone or the other discovered them.

One such profound discovery is the mobile phone. Nowadays most commonly known as a smartphone, was first discovered in 1973 in its basic form. The model was not a lot smart but was like a well amid a desert.

Nokia is one such company that is famous worldwide for its range of mobile phones. Nokia's products were like a wand of magic for the former generation of people. It is one of those very few companies which helped people connect sitting far away from each other. So let us today have a look at some wonderful facts about the company which was loved the most by our father generation. But before we savour the delicious facts, let us just have a brief glimpse of the company's highlights.

Now, let us dive deeper into the facts that we have mentioned just above. Knowing about the details is going to be a really fun activity now and we hope you get amazed by every sub-point.

The company took its very first breath in the year 1865. There is a slight twist here though. The company didn't start as a mobile-producing giant. It was instead a paper mill. The company produced paper pulp in Finland. Fredrik Idestam had set up this factory then. After a few years in 1871, with the help of his friend Leo Mechelin, the paper pulp company transformed into a share company. After that, the name Nokia came into the market.

The company was built on the bank of the Nokianvirta River and that's why the founders named it Nokia.

Nokia was established as a pulp mill on the shore of Tammerkoski.  It has other branches like Nokia rubber boots and cable works and in modern times Nokia is famous for its durable mobile phones. These branches together formed the Nokia cooperation.

Many people must have heard about the famous guitar work named 'Gran Vals' of the 19th century. It was done by a Spanish musician Francisco Tarrega.  From here the tune arrived for Nokia in 1999.

The Curse of number 04

It is a very common belief in most parts of Asia that the number 04 resembles the sound of absolute death. The production team of Nokia keeps the same in mind and till now has not made a single model of Nokia which starts from the number 04.

When we talk about the first phone without an external antenna attached to the phone, it's too obvious that model 8810 of Nokia comes flashing in front of the eye. It was the first Nokia set that had no external antenna to it. It was launched in 1998 and was the most luxurious mobile back then. Adding more spices to it, it also had chrome plating.

Nokia 3310 is no less than Thanos of Avengers. It is more commonly and widely known as the 'Unbreakable phone' of history. It had the best durability back then. The fun fact is that people used to throw their phones with loud confidence to show off their durability.

In Helsinki city of Finland on 1st July 1991, the world's first GSM phone call was made. The call was made by the honourable prime minister of Finland, Mr Harris Holkeri using a model of the Nokia company.

Every child wishes to get a phone which has a pre-installed game in it which he/she can play without spending a dollar. Nokia 6110 was the dream-comes-true set for game lovers. It came with a pre-installed snake game which became very popular and was loved by all and is still missed by many people who were once a child back then.

The first camera phone from the Nokia house came in the year 2002 its model number is 7650. Though it only had a camera of 0.3 megapixels.

It is a very interesting fact that the SMS tone of Nokia is a morse code that is used for 'connecting people and SMS'.

As per a list of 2006 survey, Nokia was the 20th most admirable company in the world.

As per the last calculation in the year 2019, Nokia had a net worth of 15.4 billion euros.

The achievements and awards of Nokia are listed below -

1. World's most ethical company in 2021 by Ethisphere
2. National Academy of Television Arts and Sciences in 2020
3. Best secured network initiative in 2019

Nokia 9 is the till date best model of Nokia with 5 cameras and a decent processor.

Nokia has been one of the best mobile-producing companies in the world along with other branches of it. It has always stood on the expectations and is best known for its camera features. The people of the 90s still brag about how they used to use Nokia phones back then. Nokia is not just a company but is an emotion for its regular users.

When and where Nokia was founded?

What products are made by Nokia?

The list of products by Nokia Technologies is as follows

What was the first Nokia phone?

The first mobile phone was the "Mobira Cityman 900" for NMT– 900 networks.

Where is Nokia made?