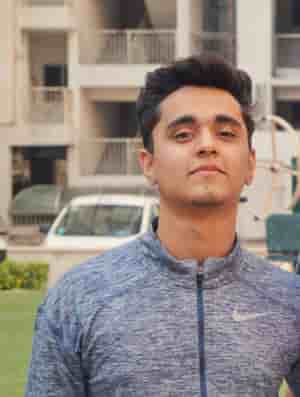 A brand ambassador (also known as a corporate ambassador) is a person hired by a company or organisation to promote a brand in a favourable manner and thereby help raise brand recognition and sales. In terms of look, behaviour, values, and ethics, the brand ambassador is supposed to represent the company.  The ability of brand ambassadors to employ promotional methods to build the customer-product-service relationship and persuade a big audience to buy and consume more is a critical component.

Suresh Raina is without a doubt one of the best cricketers on the planet. His outstanding batting and fielding abilities provide the Indian team with both steadiness and security. Suresh Raina is also really popular. On social media, he has almost 30 million followers. He's also a popular pick for a number of brands. It's no surprise that Suresh Raina is one of India's most well-known sports personalities, with lucrative commercial endorsement deals. Let's take a look at all of the brands that have been associated with Suresh Raina throughout his career.

Suresh Raina has joined 9stacks as a brand ambassador. Raina will be seen promoting the company through different campaigns and various engagement events as part of the deal. “We all learnt a lot of new stuff during the lockdown, and I started playing poker online on 9stacks. It's a fun skill game that requires you to think and use a variety of methods in order to win. I looked at all of the other platforms available, and I can certainly say that 9stacks is the greatest of them all. "I am ecstatic to be associated with the 9stacks poker platform and look forward to working closely with the brand in the coming months," Raina remarked

WTF Sports, a fantasy sports game website, signed cricketers Suresh Raina and Harmanpreet Kaur as global brand ambassadors in August 2020. Suresh Raina is also a strategic partner of WTF Sports. Raina says of associating with the brand, It's thrilling to be a part of a fantasy sports platform like WTF Sports, not just as an ambassador but also as a strategic partner; it embodies everything I stand for and believes in; it's feisty, fun, and competitive.”.

Suresh Raina has been named a brand ambassador for BharatPe, a banking platform. Raina got clearance from the team management to film for the brand's promotional campaign before jetting off to the UAE for the IPL 2020.

Suresh Raina, an excellent cricketer, has been named as a brand ambassador for Fantain. "Fantain offers a fantastic method for sports enthusiasts to experience fantasy sports,". I'm thrilled to be a part of a firm that gives sports fans a unique opportunity to get closer to their favourite sport Raina remarked.

"Suresh Raina is a legend in his own right, and we are happy to be connected with him,". His sheer brilliance, teamwork, and energy have helped India and CSK win countless matches. As we construct a platform founded on trust and transparency, this relationship is a perfect fit for us. Suresh has our warmest wishes for the IPL and beyond." Anand Ramachandran, Fantain's co-founder and CEO, stated

Intex Technologies' Director & Business Head (Consumer Durables & IT Peripherals) Nidhi Markanday said in a statement, "We are happy to have Suresh Raina as the brand ambassador for the speakers' segment.

I'm excited to start a new chapter with the Intex brand. Apart from cricket, music is indeed what relaxes me, and Intex speakers have been a popular choice for years," Raina explained.

The recruitment of prominent Indian cricketer Suresh Raina as the brand ambassador for IPOL Lubricants, the company's trademark brand in the industrial lubricants category, has been announced by GP Petroleums Ltd, a leading lubricant manufacturer and part of the UAE-based Gulf Petrochem Group.

It's a joy to partner with GP Petroleums, a well-known name in the lubricant sector. I'm excited to pursue this potential further, and I want to see IPOL take market share from other companies. "I look forward to taking the IPOL brand to new heights Suresh Raina stated.

Pure Play, a new sportswear brand that brings sports and play together on a single platform, has named Suresh Raina as its brand ambassador.

“We are really happy to have Suresh Raina join our Pure Play family,”  He will be the face of the forthcoming Spring Summer16 advertising campaign for the brand. He is regarded as a role model for young people, fully embraces the brand's attitude, and is the ideal face to move our company ahead say Pure Play co-founders Vishnu Bhagat and Rajesh Kukreja.

Ceat is an Indian tyre company established in 1942. We are really delighted to have Suresh Raina on board to represent the CEAT brand during cricket matches,” Raina is one of the Indian cricket team's youngest and most energetic players, therefore we've strategically targeted him. He's a perfect fit for our brand since he embodies the CEAT values of reliability, passion, and energy said Anant Goenka, MD, CEAT Ltd.

What is the net worth of Suresh Raina?

The net worth of Suresh Raina is 185 Crore INR.

Who is the wife of Suresh Raina?

What is the age of Suresh Raina?

Abhidutt sharma
I am a content writer with an ongoing curiosity to learn new things .