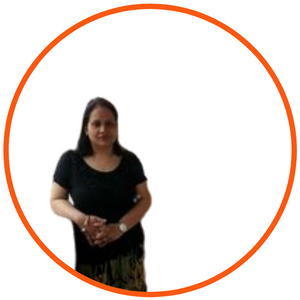 Company Profile is an initiative by Startup Talky to publish verified information on different startups and organizations. The content in this post has been approved by Verizon Communications.

It was just a decade or two back when everything was done manually. Even communicating with somebody was a tedious process. However, technology boomed, and very soon, email, mobile phones, and the internet transformed the scene.

Talking to someone far off is now a matter of seconds. The communication industry started thriving, and that meant new and better players were entering the arena. Verizon Communications is one of the older communication giants that exploited this change in the scenario.

The company tasted success as it innovated with the changing times. Here we will tell you more about Verizon communications journey and the efforts it made.

Verizon Communications is a telecommunications company having its headquarters in Manhattan, New York. It was founded as Bell Atlantic when the Bell group of companies was divided into seven separate units. At that time, the company was headquartered in Philadelphia.

At present, Verizon’s mobile network coverage is the largest in the USA. It has around 120.9 million subscribers. The company also sponsors many sports events like National Hockey League, National Football League, Motorsports, USA team handball, etc.

Verizon Communications is one of the top players in the telecommunications industry. With the entry of 5G networks, the industry is literally booming. The global telecommunication market was valued at $1.74 billion in 2021. It is also expected to grow at a CAGR of 5.4% through 2020-2027, reaching nearly $2.66 billion.

In the future, the industry will be governed by increased mergers and acquisitions. Even during the recession, the telecommunications industry did not lose revenue. That implies the sectors’ growth will remain stable no matter what happens.

With other markets like China and India entering the fray, the industry is upping its standards. Hardware producers are creating better products and keeping up with the demand in the market.

Verizon was formed after the merging of Bell Atlantic and GTE on 27th July 1998. The Verizon brand was launched in April 2000, and the company Verizon communications started its operations in mid-2000. At that time, Charles R Chuck Lee and Ivan Seidenberg assumed co-CEO positions for the company.

Charles Lee grew up on a farm in Wexford and obtained his Bachelor's degree in Metallurgical training from Cornell University. After doing his MBA from Harvard University, he went back to Pittsburgh. After working at Columbia Pictures Industries Inc and Coca-Cola Co, he joined GTE in 1983.

He was elected the president and director of the company in 1988 and became the CEO in 1992. When Verizon Communications was formed in 2000, Charles Lee assumed the Co- CEO position.

Ivan Seidenberg’s telecommunications career started with New York Telephone as a mere splicer. Moving on, he was considered for the co-CEO post for Verizon communications limited in 2000. He was then appointed the CEO and then the chairman of the company.

Seidenberg retired in 2011 though he still continued to serve as chairman and part of the board of directors for the company.

GTE, in 1984, was one of the leading telecommunications companies in the market. In 1984 AT & T created seven regional holding companies. Bell corporation was created out of one of these companies.

In 1996 it was announced that Bell Atlantic and NYNEX would merge. This would make the company the second-largest telecommunications brand. The merger was completed in 1997, and Bell Atlantic expanded itself globally.

On the other hand, GTE corporation merged with Contel corporation keeping its name intact. After NYNEX, Bell Atlantic merged with GTE, and this led to the formation of Verizon Communications.

Verizon Communications' vision statement is as mentioned below:

“To inspire tomorrow’s creators to use technology to build brighter futures for themselves, their families, and the world."

Their mission statement is known as Verizon Promise and is as follows:

“We deliver the promise of the digital world to our customers. We make their innovative lifestyles possible. We do it all through the most reliable network and the latest technology.”

Verizon Communications' tagline is catchy and created with a desire to be unique:

Can You Hear Me Now? Good.

The Verizon logo was created in 2000. Prior to that, the versions featured the original company’s name. For the logo, the agency created a wordmark showing the new company’s name. On top of that was a big red mark like a check.

The Z of Verizon was zoomed and larger than others. Only z and the checkmark were created with red color. The rest of the alphabet was in black color.

Post-2015, a new logo was created where the checkmark was reduced in size. Only the check mark was red, while the other alphabets were black. The gradient was also removed in the new logo.

Initially, the company faced some problems. A majority of its profitability comes from the US market. However, it also operates in almost 40 other countries with around 200 call centers. The company operates in three segments.

This includes wireless voice, data services, and equipment sales. The revenue in this segment comes from both postpaid and prepaid connections. Some services that the company provides in this segment are Mobile wi-fi, 5G, USB modems, etc.

Corporate and other segments

Under this segment come Verizon’s telematic business, Verizon Connect, and other small businesses.

Verizon Communications considers its employees in very high regard. That is why taking care of their health and well-being remains an essential factor. Here are some benefits that the company provides:

Inflation and consumer pressures create a challenging situation for Verizon Communications. Consumers easily switch from one carrier to another if they get a chance. Verizon has had to work to retain its existing base, so the number of switchers is less.

The company faces threats from its competitors like AT&T and T-Mobile. These companies are in a constant tussle, and Verizon must offer a unique idea to gain a strong foothold.

Lastly, the company faced issues of data leakage in 2017 due to a misconfigured cloud server and did not want another similar situation to arise. During the outage, the company lost the trust of its customers, and another setback could be damaging.

Details of Verizon Communications’ Funding and investments are as mentioned below in different tables.

The lead investors for Verizon Communications are Connect Maryland, the American Rescue Plan, and the US Department of Defence.

The mergers and acquisitions that Verizon Communications has gone through are roughly 33 in the count. Some of the most recent acquisitions are dated below:

The sales for the company in the third quarter were high by 1.34%. This is in comparison to their second quarterly sales. Annual sales growth for Verizon Communications remained at 0.74%, and the average yearly sales growth for the past five years is 11.93%.

Verizon Communications devotes a considerable spend of its marketing budget to advertising. Their latest commercial features Paul Giamatti and Cecily Strong and focuses on holiday cheer.

It showcases the Uncle Scrooge story, where Giamatti plays the lead character. He is unable to find the network, but Cecily appears and asks him to switch to Verizon. The ad emphasizes their free 5G smartphone offer. Watch the commercial here:

A few awards that Verizon Communications has received over the years are:

Verizon is a strong player in the communications industry. Its competitors are:

The future of the communications industry is 5G, and that is what Verizon is focussing on. Verizon expects to achieve 1 Gbit speeds by 2024. For this purpose, they would be spending $10 billion per year.

Apart from that, the company hopes to cover 50 million households with their fixed wireless internet by the end of this time period. This would, in turn, generate more than $1 billion in revenue.

Verizon Communications is a big telecommunication company in the US also known to provide its services worldwide. The firm was started by the merger of Bell Atlantic and GTE company in 1989.

However, the name Verizon was introduced in 2000. The company is headquartered in New York City and has good competition from AT&T, Aeris, Vodafone, etc.

Who is the current CEO of Verizon Communications?

The current CEO of Verizon Communications is Hans Vestberg. He took over this position on 1st Aug 2018.

Did Verizon and AT&T merge together?

Not exactly, AT&T acquired a license from Verizon Wireless and some of its part. Apart from that, both firms are independent of each other.

Is Verizon changing its name?

The name Verizon was appointed after the merger of Bell Atlantic and GTE firm. The merged company was renamed Verizon in 2000.

Garima Bais
If you have anything to share on our platform, please reach out to me at story@startuptalky.com