The Journey of Volkswagen Polo: How it Became the World’s Most Loved Hatchback Car? 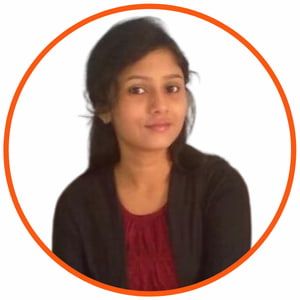 One of the most timeless and iconic cars from the Volkswagen portfolio, the stylish Polo hatchback has completed over a decade in a fierce, competition-packed segment. Over the past ten years, this hatchback has set a higher than usual benchmark in safety. With a Global NCAP crash rating of 4-stars, the hatchback was one of the first and most-loved cars in the Indian market to offer airbags and ABS as standard in all its cars across all trim levels.

Volkswagen Polo has come a long way to becoming peoples’ favorite and loved hatchback. Since its launch, it has also appealed to an incredibly diverse audience by providing as many as eight engine options. Let’s look at its cherished history to understand how the vehicle started on its journey.

Volkswagen Polo is among the best hatchbacks available today. This fun-to-drive car has sold over 14 million units to date. The most well-known Polo ever seen on roadways was Polo Mk 2, produced between 1981 and 1994. Over 2.7 million units of this beast model were sold globally. MK2 was available in three distinct body styles: a 3-door hatchback, a sedan with a 2-door known as the Polo Classic, and a 3-door hatchback.

The first Polo, the 5th generation model, debuted in 2010 and was given an update in 2012. Then, in 2013, GT models of the Polo were released along with the Cross Polo. The Cross Polo was a rugged version of the Polo powered by 1.2-liter petrol and diesel engines. It later received the 1.5-liter diesel engine.

The GT versions were a completely different ball game. There’s a 1.2-liter GT TSI petrol model with 105 horsepower and connected to a seven-speed DSG gearbox. The 1.5-liter GT TDI was a delight too. It’s safe to claim that GT models were among the initial hot hatches to be able to operate on Indian roads.

Then in 2014, Volkswagen added the 1.5-liter TDI engine to the refreshed Polo. Fast forward to 2017, the engine came to India. In a surprising decision, Volkswagen launched the monster of a vehicle named the Polo GTI. Polo GTI equipped with a 1.8L TSI engine produces the power of 192 PS and is coupled to a DSG gearbox.

Polo isn’t only a car that can transport people. Volkswagen’s Motorsports division has used its performance to the fullest extent. Polo has been part of Volkswagen’s Motorsports division since its beginning in 2010. Polo has also been a participant in the Indian National rally championship and has won the POLO WRC award three times from 2013 until 2016.

What Made Volkswagen Polo World’s Most Favorite Hatchback?

One of the most striking and appealing advantages of having Volkswagen is its commitment to security. Volkswagen Polo is one of the most secure hatchbacks available. It has an NCAP rating of four stars, which isn’t attainable by all contemporary hatchbacks. Equipped with the latest in occupant safety, the vehicle includes two airbags for passenger and driver anti-lock brake Systems (ABS) and an electronic Anti-theft immobilizer.

Volkswagen Polo will never disappoint you if the appearance of a car matters the most to you. The Polo is among the very few hatchbacks made in India that has improved in appearance over time. This Volkswagen Polo sported a clean and swept-back headlamp design. The headlamps opposite side were a horizontal grille, with the triple chrome slat pattern highlighted by a massive Volkswagen logo in the middle.

The design of the Volkswagen Polo features minimal creases and body lines that give the Polo a muscular appearance. From the sides, the Polo did a great job by imparting a look identical to a rugged machine that has elevated suspension and higher floor clearances of 168 millimeters. Volkswagen equipped the Polo with sporty alloy wheels to create a more aggressive design.

The Polo was among India’s top compact hatchbacks when it first came out. In the face of competition, one aspect that made Polo more comfortable was its spacious cabin and a slack stance. With a wheelbase of 2456 millimeters in its first years and then increasing to 2470 mm with the facelifts, the Polo is larger than many competitors.

With the broader diameter of its wheelbase, Polo also allowed for comfortable seating for passengers in the front and rear ends. As a well-constructed and spacious hatchback that is spacious and well-built, this Polo is ideal for many first-time car buyers.

Another thing that makes the Volkswagen Polo a competent, compact hatchback is its sturdy build quality. When it was first introduced in the market, it was known that the Polo was built on the same platform that was used to make the Audi A1 back then, which itself is a testimony to the excellent build quality of the Polo. It is built using an elegant German design.

A Wide Variety of Efficient Engines

One factor that makes Volkswagen Polo a vehicle worth purchasing is its diverse engine options. In its initial years, Polo was available with the 1.2-liter gasoline engine, mated with a five-speed manual that returned 16.47 kmpl. The diesel engine available as a 1.2-liter TDI diesel engine mated to a manual five-speed that produced 22.08 kilometers per liter of fuel. In the second quarter of 2010, the Volkswagen Polo was released with a 1.6-liter petrol engine, much more potent than the previous engine.

In 2013 the Polo received a 1.2-liter turbocharged TSI engine mated to a seven-speed DSG auto. Volkswagen also gave the vehicle the 1.6-liter TDI diesel engine mated to a five-speed manual and the sports mode in the same year. In 2019 the Polo was subjected to BS6 modifications. It then returned with the 1.0-liter naturally-aspirated petrol engine and a 1.0-liter turbo-petrol TSI engine.

Polo has come a long way in its journey of winning people’s hearts, and for all the right reasons. Be it the engine or safety features, timeless design, or spacious and stylish interiors; many factors have contributed to Polo’s journey to become the world’s best hatchback. In addition to the features, the manufacturer’s efforts in constantly upgrading the vehicle with time contributed massively to Polo’s success. It is not just a hatchback but a dream vehicle for many. Those willing to invest in a safe, stylish, and comfortable car should choose Volkswagen Polo over other hatchbacks.

Which is the best hatchback car?

When was Volkswagen Polo launched in India?

Volkswagen Polo was launched in February 2010 in India.

Which are the top competitors of Volkswagen Polo?

Top competitors of Volkswagen Polo are:

What is the price of Volkswagen Polo in India?

How are the Volkswagen Polo sales in India?