Why Semiconductor Production is Hard and Only a Few Companies Produce it? 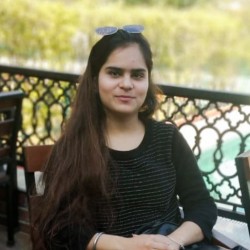 You all know that semiconductor chips are used in nearly every electronic device that we buy. They go into computers, smartphones, gadgets, cars, aircraft, medical equipment, military systems and whatnot. The world is facing a global semiconductor chips shortage at present which has raised the question of why can't more companies get into the production of semiconductor chips. Let's dive into the semiconductor industry through this article to know what are the complexities which don't allow many companies to enter the industry.

Why are semiconductor chips in the news?

In 2021, the global chip shortage was much in the news and companies like Apple, Tesla, Tata Motors and Samsung Electronics had to starve for semiconductor chips. A total of 169 industries were impacted by the shortage, the auto industry being the worst hit.

There were several factors which led to such a global shortage. Some of them are:

Semiconductor chip storage has made countries realise that the manufacturing of chips is concentrated in a few east Asian countries only. So, this year countries around the world are coming up with plans to build production capacity for these semiconductor chips so as to become self-sufficient and reduce import dependency. India is going to spend around $30 billion to develop the semiconductor supply chain ecosystem. The U.S. is also considering implementing the CHIPS for America Act to provide $52 billion for chip manufacturing and government support to semiconductor giants. The Act aims to provide financial assistance for the construction, expansion, or modernization of a semiconductor fabrication plant in the United States.

In 1958, Jack Kilby, an electronic engineer at Texas Instruments, created the first integrated circuit which is the ancestor of modern-day microchips. It was a great and revolutionary invention of the 20th century. The semiconductor industry started around 1960 and sales revenue crossed the $ 1 Billion mark by 1966. In 2022, the global semiconductor chip industry is expected to reach about US$600 billion. But very few companies in the world can make semiconductor chips, and even fewer can make them profitably at that. Let's understand why it is so by delving into the semiconductor chips industry and its manufacturing process.

The Model and the Major Players of the Semiconductor Industry

The semiconductor industry is dominated by companies from Taiwan, the U.S, South Korea, China, Japan and the Netherlands where semiconductor manufacturing has government backing, developed infrastructure and economies of scale.

The industry is based on a model that fabrication, design and development is distributed among different companies and their subsidiaries around the world. Foundry companies like TSMC and GlobalFoundries are involved in manufacturing only. Fabless semiconductor companies like AMD, Nvidia outsource production to a third-party fabrication plant and only design the device. Integrated Device Manufacturers (IDMs) such as Intel and Samsung manufacture (in-house), design and as well as sell integrated circuit products.

Taiwan's TSMC alone manufactures a great percentage i.e. more than 50% of semiconductors in the world. It is the world's largest foundry. Apple, which is the biggest consumer of chips and the two major fabless semiconductor companies, Nvidia and Qualcomm, are the clients of TSMC only. Samsung, the rival company of TSMC, has announced to invest $355 billion to manufacture 3nm chips to beat TSMC.

The process of manufacturing Semiconductor Chips

The wafers of silicon extracted from sand are transformed into transistors that form the base of a group of circuits called chips. The following steps outline the process of creating a layer in a semiconductor chip-

All of these steps are to be repeated to create subsequent layers.

Why can't we just produce more chips to meet the soaring demand?

If there's a chip shortage then why don't more companies get into semiconductor chip production and reduce this gap between demand and supply? Well, to know the answer to this question we need to first understand the complexities of making chips and the semiconductor industry.

Though the chip is a tiny thing in terms of size, it involves the most complicated and expensive processes. Here's the list of factors which makes it difficult for any company to enter this industry-

How did the Russia-Ukraine war impact the Industry even more?

Neon is required for lasers used in lithography for producing chips. Last year, the global consumption of neon for chip manufacturing was around 540 metric tonnes. The Russia-Ukraine war has worsened the global chip shortage because more than half of the world's neon is produced by two Ukrainian companies only- Ignas and Cryin who had to shutter their operations. So, this will have an intense impact on the semiconductor industry. Moreover, Russia's palladium supply can also be affected due to the war. The shortage of palladium which is essential for catalytic converters applied in exhaust systems of automobiles can indirectly have a potential impact on the semiconductor industry by way of less demand of chips by automakers.

Semiconductor foundries need a huge capital investment of billions of dollars and a considerable period of time to set up. Moreover, these foundries cannot produce chips at a very fast pace because the manufacturing process also takes time and requires expensive equipment. All this makes it difficult for any company to get into the industry and even if any company does so, it becomes difficult for them to compete with the big fish and make profits. That's why when it comes to semiconductor chip manufacturers, we get to hear only a few names who have acquired a huge market share in the industry over time.

What are semiconductor chips made of?

Semiconductors also referred to as integrated circuits (ICs) or microchips, are made from pure silicon.

Who is the largest manufacturer of semiconductor chips?

Taiwan's TSMC is the largest manufacturer of semiconductor chips.

What are the best 5 semiconductor companies to invest in?

Palak Ghai
Have something interesting to share on our site? Reach out at story@startuptalky.com

Best Business Management Tools For Beginners to Use in 2023