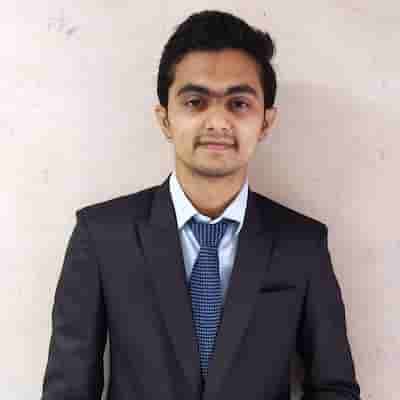 The Abraaj Group followed an approach to investing in growth markets which allowed them to make high returns on their investment and encouraged the companies to capture local as well as international markets. Besides this, the company considered some important factors before making an investment. These included the environmental, social, and governmental factors, also known as ESG short. This made the firm a very trustable source of impactful investments that affect a majority of the population in a positive way by providing funds for their benefit.

It is however now under liquidation after numerous people accused it of fraud. This article provides detailed information about the fraud done by Abraaj Group and how it affected the people who did business with the company as well as the fate of the company itself.

It also covers details about the actions taken by the court and the financial authorities of both the US and Dubai and how certain employees of Abraaj Group were punished and fined by them.

The Collapse of the Firm

The Abraaj Group - About

The Abraaj Group was a private equity business headquartered in Dubai, UAE. This company was created in 2002 by a Pakistani national named Arif Naqvi and operated in locations such as the Middle East, Latin America, Asia, and Africa, but it was finally liquidated after numerous people accused it of fraud.

The fraud was said to be on the basis of misappropriation of certain health funds which were donated by charitable organizations across the US and hence the US federal court also started proceedings against the case. The financial authorities of Dubai also set out fines on the company’s employees who were accused or guilty of fraud in relation to the company.

What is the Abraaj Group Fraud?

The Abraaj Group had been accused of certain kinds of fraud that it had been indulging in. One of the accusations states that the investing company started defrauding their clients by deceiving them about the funds that the company had from the year 2014 till the time the company was sent into liquidation. They were also said to have inflated the value of their funds by around $500 million.

Secondly, the firm was also accused of misappropriating hundreds of millions of dollars forwarded as funds by the investors to hide certain things like the financial shortfalls faced by the company as well as for the personal benefit of the company owner and officials as well as other people associated with the firm.

To be specific the company took certain funds from investors in the name of a health fund known as Abraaj Growth Markets Health Fund. This fund was to be sent and invested in hospitals and many American charities donated to this fund.

But the fund was misappropriated and used as a corporate fund instead of a health fund by merging it with the funds of Abraaj Investment Management Ltd. along with Abraaj Group.

This fraud was quite opposite to the public image of the company as the company was known to believe in impactful investing, that is the investing done in projects that create a large social impact like investing in hospitals.

Overall the firm had defrauded certain investors including the Bill & Melinda Gates Foundation. Since then it had been under the scrutiny of the US federal court in Manhattan.

Consequences of the Abraaj Group Fraud

After the fraud was committed, the company faced a number of consequences. These are as follows:

After subsequent accusations of fraud, the firm's issue was taken up by the federal court of the United States in Manhattan. There were two main people who were seen to be associated with the fraud. The suspects included Arif Naqvi who was the founder as well as the Chief Executive Officer of Abraaj Groups and the company’s managing partner Mustafa Abdel-Wadood. After the US court had placed charges of fraud on the company, the two were arrested from different locations as per the court orders.

Naqvi was arrested in the UK whereas Abdel-Wadood was arrested in New York itself. Naqvi was said to be extradited by the prosecutors and his PR maintained his status as innocent and expected him to be off the hook without any charges against him.

Whereas, Abdel-Wadood presented himself before the court in Manhattan and pleaded not guilty. He said that he had not committed any kind of wire or securities fraud. His advocate did not file for bail as he believed they needed to get more familiar with the case before doing so.

Civil Charges by the Securities and Exchange Commission (USA)

Both the accused, Naqvi and Wadood were faced with civil cases. These charges were pressed on them by the Securities and Exchange Commission of the US.

The commission accused the firm of raising funds from charitable organizations in the US in the name of ‘Healthcare’ funds and then misusing the same as corporate funds. However, both the parties claimed to be not guilty.

Extradition from the UK

In 2021, the UK Westminster Magistrates’ Court said that Arif Naqvi could very well be extradited to the US without any restrictions so that he could be prosecuted in the US. The case was then sent to the Secretary of State of the UK for taking the final decision regarding his extradition.

The Collapse of the Firm

Subsequently, the firm which was one of the largest private funds in the Middle East as well as the northern region of Africa fell over eventually due to the accusations faced in 2018. This was done after many of the company’s investors accused the firm of misappropriation of funds as well as fraud.

These accusers included well-known foundations and organizations like the Bill and Melinda Gates Foundation that accused the firm and raised issues with regards to concerns regarding the health fund of up to a billion dollars.

In totality, this fraud not only affected the investors who were defrauded and lost their money for a cause they did not support, but it also affected the fate of the company as it has now been sent for liquidation. Alongside this, the various businessmen and employees associated with the company were also imposed heavy fines and penalties by both the US federal court as well as the financial authorities of Dubai.

Thus, this is how once a pioneer in major investments made across different regions of Asia, Africa and Latin America, the Abraaj Group saw its own downfall due to various accusations of fraud. The firm also faced numerous accusations of misappropriating the funds that were sent in the name of healthcare by using these funds to fulfil the financial shortage faced by the company’s corporate funds as well as for using it for personal benefits of the founder as well other workmen and businessmen associated.

Who was the founder of the Abraaj group?

Arif Naqvi, a Pakistani businessman is the founder and CEO of the Abraaj Group. The company was founded in the year 2002 and is headquartered in Dubai.

What is the Abraaj Group scandal?

The Abraaj Group faced various accusations of defrauding many investors. The fraud was said to be on the basis of the misuse of certain health funds which were donated by charitable organizations across the USA.

Where is Naqvi now?

At present, Arif Naqvi is in the UK, fighting his extradition to the USA.