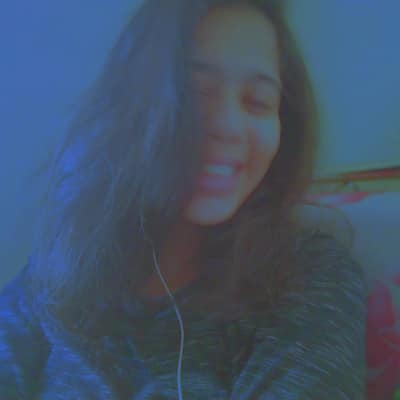 Born on the 30th of August in the year 1972, Cameron Diaz has 8.4 million followers on Instagram. She made her breakthrough in the Rom-com The Mask, starring alongside Jim Carrey in 1994, which is a much memorable movie in pop culture history during the 1994s. She is also well known for her roles in There is Something About Mary, Charlie's Angels, and in bringing the character of Princess Fiona to life in the movie Shrek with her voice.

Life before having acting as a career

Before she started her career in acting Diaz was modelling and gained recognition for featuring in the Ad campaigns for Coca Cola and Calvin Klein. Born in San Diego, the 49 year old actor took a bold stance in her life, prioritizing what she wanted. She's now married to her spouse, Benji Madden. They held a private event for the event. She had a daughter last year in 2020. Raddix Madden.

Calling it quits on her acting career in 2014

Cameron Diaz made quite a buzz in the media announcing her retirement from acting in 2014. Admitting in a statement that despite her love for performing, describing acting as a fun thing to do, loving it. But she reached a point where she craved more ease and control, having the urge to make her love more manageable. Though she has not, left the door open to the possibility of returning to it one day.

This ad campaign was shot as a video by Alex Proyas in Australia for McCann-Erickson. It is from the early 90s where she had her first acting role on T.V.  The theme shows the environment being very hot. Where Cameron follows the logo of the Coca Cola's label being filmed through a projector like device, which leads her to the place, eventually to a guy waiting with a bottle of coke. Giving the message "Can't beat the real thing".

As a teen model, Cameron was featured for Calvin Klein as the fresh-faced model sitting on the grass in a long botton-chequered skirt, white buttoned vest, and white laced leggings on a bright sunny day. She landed the contract when she got representation at elite model management. The ad was shot by Alistair Cowin in 1989.

At 26, Cameron featured in an ad for Softbank when the company decided to relaunch its services. Featuring only one celebrity for its limited-time promotional deal offer with Diaz strikes poses in business attire, staring directly at the camera and talking on her cell phone. Softbank is a company that provides innovative services to society not only limited to conventional telecommunications but across industries.

As much as Diaz is picky with the brands, she associates herself with her take on agreeing to do this campaign, as she admitted to loving the fact TAG Heuer thinks out of the box and challenges the norms. She was honored to be doing a campaign for the iconic brand. The feminine link lady portrays elegance, glamor for modern women and it is more than just a watch. It is a piece of jewelry.

She was present at the launch event of the Link Lady collection in Switzerland. Link Lady has a slim bracelet- Like look with an ingenious design sloping more towards a feminine side. The ad campaign was shot in 2012.

Cameron endorsed a little box of rocks later after her book "Our Body Book" came out. The box collection of stones follows a theme which could be birthdays, wellness, holidays. The box containing four to five stones comes with the explanation of each rock's spiritual and healing powers. The retail price was up to $35-$38 USD and demand for the product shot up.

The celebrity made a huge announcement on Instagram, introducing her wines and partnering up with her friend Katherine Power. The wines as per description are organically produced. They decided to create one of their own when they were curious about the ingredients that go into the making of the wine. The wines come in white, rose, and red flavors along with the ingredients mentioned on the label that go into the making of it.

Some lesser-known facts about Cameron Diaz

Cameron still has not made any big announcements on returning to acting and continues to lead her life with control.

When did Cameron Diaz quit acting?

Cameron Diaz retired from acting in 2014.

What is the net worth of Cameron Diaz?

The net worth of Cameron Diaz is $140 million.

How old is Cameron Diaz?

ESOP 101: What are the Benefits of Employee Share Option Plans?

Contribution of Agritech Startups Towards Rural Development in India by Mr Chattanathan Devarajan Co-founder of Arya.ag