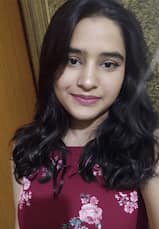 Softbank has invested in many companies in India and helped them reach milestones. It has already spent $10 billion as investments on Indian start-ups out of which $8 billion were from its vision fund. Masayoshi Son's interest in India has proved to be profitable for him.

Below is the List of top Softbank investments in India that reaped huge success.

Softbank contributed to Flipkart much later than Snapdeal, which is regrettable. But it went big as Softbank invested a whopping $2.5 billion in this Indian e-commerce company. Masayoshi Son, founder, and CEO of Softbank showed keen interest in the company.

The deal proved to be short-term as Flipkart was acquired by Walmart in 2018 for $16 billion. Softbank also sold its 21% stake making Walmart the major shareholder of the company. Softbank made $4 billion in this trade.

Hike didn't live up to the expectations as it completely failed to build a customer base. Its revenue also decreased substantially over the years.

Oyo is also one of the major Softbank Investments in India. Masayoshi Son spoke highly of the company and believed fully in it. This Indian Hospitality start-up got $100 million from Softbank in August 2015. Oyo made Softbank very rich as it soared to amazing heights in its initial years.

Oyo plans to enter UK, Indonesia, and other European companies too. It also wishes to get into wedding planning. Lately, Oyo is suffering losses due to the pandemic. Masayoshi Son also realizes that he got over-enthusiastic with his plans for the company.

Snapdeal was among the first Softbank Investments in India. It's also an e-commerce app that received a hefty amount of $650 million.

Policy Bazar provides a comparison of over 300 insurance plans. This is an online protection start-up. It raised $200 million as an investment from Softbank.

It's an online grocery delivery platform that's functioning in 13 cities across the country. This Gurugram based start-up received $120 million from Softbank in 2015.

This Pune-based online retail platform that deals in child clothing and accessories also received money from Softbank. It raised $395.7 million for itself.

Paytm is one of the first and biggest digital platforms in India. It's also among the greatest Softbank investments in India. It received $1400 million from Softbank which increased to $1.5- 2 Billion.

Paytm Mall, which is a retail platform under Paytm also received $445 million from Softbank.

This both US and India-based Robotic Process Automation company raised $300 million from Softbank. Softbank Investment in India has always been larger in the innovation and technology sector.

Ola is also one the most successful Softbank investments in India. It received $210M (Rs 1725 cr) from Softbank. It moved on to acquire Foodpanda and TaxiForSure.

Ola's rival Uber is also funded by Softbank. This cab aggregator received a hefty amount of Rs 1200 crores in 2017. Uber is doing very well as it has built a solid customer base and clientele in the market.

This Gurugram based e-commerce logistics start-up also comes in the list of successful Softbank investments in India. They received $350 million from Softbank.

The company is also planning for public listing in 2022-23.

This Mumbai-based house searching platform received $90 million from Softbank. This start-up, founded by Rahul Yadav in 2014, aims to solve housing problems in cities like Mumbai.

Relay is an organization in India led by Sanjiv Patel that manufactures drug discovery pipelines based centrally on protein motion. Softbank invested $300 million in the company in 2015 in a Series C funding round. It holds a 41% stake in the company.

InMobi is a company based in Bangalore, Karnataka, helps users with mobile advertising. It's founded by Naveen Tewari Softbank invested $2 billion in 2011 and in the same year, InMobi became the first Indian unicorn startup company 2011.

How much did SoftBank Invest in Oyo?

SoftBank's Vision Fund initially invested around $250 million into Oyo, and later led a further $1 billion funding round that took its valuation to $5 billion.

Is SoftBank a private equity firm?

Yes, SoftBank is one of the largest private equity firm.

Who is owner of SoftBank?

Masayoshi Son is the owner of SoftBank.

These Softbank Investments in India have turned out to be highly profitable. It's safe to say that Masayoshi Son understands the potential in Indian start-ups and is here to support them in the long run.