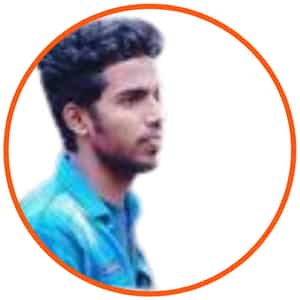 Gucci brand is currently owned by Kering Group. It is a French luxury group. In 2019, the brand generated annual revenue of €9.63 billion. Gucci has 33rd rank in the list of best global brands in 2019 prepared by Interbrand. They have ranked among in the list of top valuable brands prepared in each and every year since 2000.

Gucci is the favorite brand of many models, bloggers, and fashion influencers. The trends and their revolutionary designs attract fashion enthusiasts. Also, they are considered one of the most valuable brands in the world. It has a brand value of approximately $17.63 billion in 2020.

History of Gucci
Interesting Facts about Gucci
How is Gucci Performing Today?

In 1921, Guccio Gucci founded the brand. He was a fashion designer and an Italian-British businessman. Their first products were luxurious handbags and leather goods. Guccio Gucci's designs were inspired by equestrian sports. After 1953, the brand got popular. They didn't introduce a clothing line until 1970. After that, they released fragrances.

The brand faced a setback due to disagreements within the Guccio Gucci's family in the 1980s. In the 1990s, the creations of a designer named Tom Ford have shaped the character of the brand. Gucci became a coveted luxury brand under his creativity. His dandy style designing and daring cuts conquered the fashion industry. Gucci brand is part of the Kering group since 2004.

In 2015, Alessandro Michele appointed as creative director of the Gucci brand. The brand's image changed through him. His designs were shriller and androgynous. Eccentric patterns and intense colors became part of their new collections. In 2015, Alessandro won the International Fashion Designer of the Year award. The current CEO of the brand is Marco Bizzari. Now Gucci has a unique brand identity.

Some interesting and unknown facts about Gucci are given below.

1. Gucci started his company in Italy, a country popular for its fashion. But that style was inspired by people living in England.

2. The first products manufactured by the company were leather luggage items such as briefcases and handbags. They are still some of the most popular items of the brand.

4. Gucci was an elevator operator in the swanky Savoy Hotel situated in London. At that time, he met celebrities such as Marilyn Monroe and Winston Churchill. He inspired by their accessories and decided to start his own brand.

5. In the 1940s, Benito Mussolini was the prime minister of Italy. At that time, it was difficult to acquire leather. So, Gucci used silk to make products.

6. Many celebrities are fans of the Gucci brand. Once, the famous American rapper named "2 Chainz" said, ‘When I die, bury me inside the Gucci store.’

7. The first items manufactured by Gucci include detachable leather bags for saddles. The keen horsemen from Italy bought that item.

9. The brand name firstly appeared on saddlebags before he started to use it in other products such as briefcases and jewelry.

10. The brand was managed by Guccio Gucci until his death in the year 1953.

11. His 3 sons named Aldo Gucci, Vasco Gucci, and Rodolfo Gucci took over the business after the death of Guccio Gucci. They promoted the products of the brand through Hollywood celebrities.

13. Princess of Monaco named Grace Kelly made a special request to print "Flora" on scarves. That was the print that first appeared on scarves. One of Guccio's sons named Rudolph Gucci designed that Scarf.

14. The GG logo was designed in 1960. It was created to honor Guccio Gucci after his death.

15. In the 1980s, scandalous stories about the Gucci family appeared in the press. Because of this, Gucci went bankrupt.

16. In 1994, Tom Ford was appointed as Creative Director of the Gucci brand in an effort to make some qualitative changes.

17. The sales were increased by 90%  within 5 years after the appointment of Tom Ford. He was the largest shareholder of the company at one point.

18. The company has launched a new product named "Genius Jeans". It broke the Guinness World Record for the most expensive pair of jeans in the world. The jeans had a value of $ 3,134 in 1998.

19. Many top designers work with Gucci, including Stella McCartney and Alexander McQueen.

20. The company made a partnership with UNICEF in 2005. They decided to donate a percentage of all profits to the organization, for helping children to get clean water and better education in 3rd-world countries.

21. The bamboo shopper is one of the items of Gucci. Once, the company faced problems with the availability of leather. So designers used other materials such as bamboo to make products.

22. The company conducted its first runway show in Florence, 60 years after its founding company.

23. They improved and redesigned so many items. Flora scarf is an example. In 2015, they reinvented the Flora scarf for the Cruise Collection.

24. In 2004, Tom Ford left the company to start his own brand. Then in 2006, Frida Giannini was appointed as Creative Director of the company.

25. Alessandro Michele was appointed as the Creative Director of the company in 2015. After that, the sales increased by 12%. Also, Gucci has gained more prominence at world-class events such as Milan Fashion Week.

27. Gucci founded a global campaign named Chime for Change. They have successfully funded over 200 projects. The aim of the Chime of Change project is to empower women and young girls.

How is Gucci Performing Today?

The Covid-19 pandemic heavily impacted the operations of the company in 2020. According to the first-quarter report of Kering, Gucci faced a setback due to widespread store closures and decreased consumer spending across the globe. The company got a good start in January before the Covid-19 started to spread. Kering Group has revenue of $3.476 billion in the 1st three months of 2020. In 2021, the Gucci brand was valued at approximately $15.6 billion.

It was 16.4% less than compared to the same quarter in the last year. Italian leather is handmade, expensive, and durable. The Gucci brand has upheld this model for decades. They make products of the highest quality. Also, the reputation of their products is solid.

Gucci is one of the oldest and most popular Italian fashion brands in operation today. Similar to many historic fashion houses, the brand in its early days started out as a luggage manufacturer, producing luxury travel goods for Italy's wealthy upper-classes, as well as equestrian equipment. They are most popular for the designs in the fashion industry. They created so many social media trends by making revolutionary designs. Are you a Gucci lover? Do you own a Gucci item? They are indeed stylish and attractive to have in your closet.

Feel free to reach us and share your feedback. We would love to hear from you. Do comment us in the comments section below. Happy Reading.

Why its Products are so Expensive?

There are many factors such as manufacturing, designs, and marketing that make GUCCI a Costlier product in the world. Gucci is a top-class designer who obtains high-quality raw materials and uses high production methods. Gucci employs the talent of the top fashion designer in the world.

Who is the founder of Gucci brand?

Gucci, the Italian brand was founded by Guccio Gucci.

What is Gucci's first name?

What is Gucci famous for?

Gucci is an Italian fashion label founded in 1921 by Guccio Gucci, making it one of the oldest Italian fashion brands in operation today. Like many historic fashion houses, the brand started out as a luggage manufacturer. Popular Gucci products include:

When was Gucci founded?

What is Gucci's marketing strategy?

Their prestigious pricing makes the product act as a status symbol. Even in other products, Gucci follows premium pricing. Gucci's customers are not affected by this because they get high-quality products. Gucci tries to offer discounts from time to time to enhance sales and keep their loyal customers happy.

ATHUL C K
If you have something interesting to share on our site, reach out to me at story@startuptalky.com