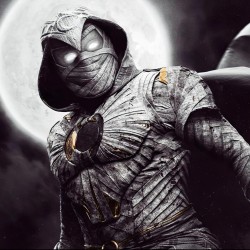 Company Profile is an initiative by Startup Talky to publish verified information on different startups and organizations. The content in this post has been approved by HashiCorp.

The world is getting cloudy nowadays. The cloud seems to cover every nook and corner of the world. Yes, cloud services are peeking their way into every business activity. It creates a platform for new businesses to emerge. For some, the need for the cloud is an option but for certain businesses, it is certain. As far as the world relies on technology, computing, and virtual businesses, the growth of cloud technology is undeniable.

Many cloud establishments like cloud kitchens, cloud security, etc. are showing up in the modern world. Proper infrastructure is necessary for any business to run perfectly and this serves as a basic rule with no exceptions. Creating this infrastructure is a challenging task as it demands time and perfection. As a result, there emerged a few software companies that address these challenges via their open-sourced and cloud-based tools.

One such software company is HashiCorp Inc. which was established in 2012 in the US. It offers various business infrastructure-related solutions like software development, maintenance, security, error detection, task management, and various other software and cloud-related services through its platforms. This article covers the complete success story of HashiCorp, its funding, acquisitions, founders, future plans, and the challenges faced by the company.

HashiCorp is a SaaS platform that helps businesses in developing their infrastructures in the cloud. The software infrastructure model that HashiCorp builds helps companies to focus on the major business activities instead of their internal framework. This platform not only concentrates on technology but also pays attention to the real-world problems faced by any cloud-based business.

HashiCorp was established in 2012 in San Francisco, California. The company has customers from across the world. Certain huge and popular companies like Shopify, GitHub, Yahoo Japan, KeyBank, Ferguson, Comcast, and Pandora are said to use HashiCorp. This company has over 1500 employees from around the world with over 35,000 user group members and 100 million software downloads.

The following are the founders and other key people who serve to be the pillars of HashiCorp:

Mitchell Hashimoto is the Co-founder of HashiCorp. He played a significant role in the development of most of the HashiCorp tools like Vagrant, Vault, Nomad, etc. Mitchell earlier served as the CEO and CTO of the company. He graduated BS in Computer Science from the University of Washington. During his college, Mitchell Hashimoto worked as a developer and operations engineer in CitrusByte and Kiip respectively.

Armon Dadgar is the other Co-founder and the current CTO of HashiCorp. The design and implementation of most of the HashiCorp platforms have a touch of Armon Dadgar. His passion for cloud infrastructure and technology got him involved with Mitchell Hashimoto to co-found HashiCorp. He is also a graduate of the University of Washington.

Dave McJannet is the Chief Executive Officer of the company. He is a graduate of McGill University and has an excellent work experience in management and cloud platforms. His 20 years of experience include his employment in GitHub, Hortonworks, VMware, and Microsoft.

Navam Welihinda is the Chief Financial Officer of HashiCorp. He left his position as the Vice President of the company in 2021 to take up his new role as the CFO. He is a graduate of Dartmouth College, New Hampshire. Before joining HashiCorp, Navam served as the Senior Director of Finance in Deem, Inc. Later he became the VP and head of finance in Compose.io which was later acquired by IBM.

The two friends, Mitchell Hashimoto and Armon Dadgar met each other in 2008 at the University of Washington during their undergraduate years. They were placed in the development of a project called 'Seattle'. This project was to formulate a public cloud technology for companies like Amazon, Microsoft, and Google. Since they were new to this and even the cloud itself was a new concept, there came loads of problems in the development and hence they abandoned it.

After this, Mitchell and Armon moved to San Francisco and worked together at a mobile ad company. Years later, they again came across cloud technology and realized it has a market in the future. The problems they faced years ago still existed and they decided to provide a solution to those. As a result, Mitchell Hashimoto left his job in the ad company and started HashiCorp in 2012. Armon Dadgar joined the startup in the next year and as one, they started providing automation tools and cloud infrastructure for organizations adopting multi-cloud and on-premises working conditions.

HashiCorp operates with long-term and sustaining principles that help the company and its environment to grow and work better. It lists its principles as integrity, kindness, pragmatism, humility, vision, execution, and communication. HashiCorp aims at "solving some of the hardest, most important problems in infrastructure management, with a goal of helping organizations create and deliver powerful applications faster and more efficiently". Once-in-a-generation company is what HashiCorp calls itself as it enters the workflow instead of technology and empowers and provides solutions to organizations around the world.

The name HashiCorp could be derived from the name of its founder Mitchell Hashimoto since he was the one who initially established the company in 2012. Armon Dadgar later joined this software infrastructure startup.

The logo of HashiCorp has an 'H' surrounded by a border. It overall resembles a hexagon.

HashiCorp provides its software and tools through open-source for organizations to strengthen their infrastructure. Most of its tools are freemium-based while others are offered on a charge or in enterprise packs. Vagrant, Packer, Consul, Vault, Nomad, Terraform, Boundary, and Waypoint are open-source tools while Vault, Terraform, Consul, and Nomad have enterprise and paid plans too. HashiCorp believes that offering open-source tools helps businesses to innovate, develop their infrastructure and solve problems and in turn, ensures the growth of the business ecosystem.

More than 1500 employees work for HashiCorp as of today. It is a remote-oriented company and asserts to have over 1000 employees working from different parts of the world. HashiCorp believes that this practice helps them employ the best talents from around the world.

HashiCorp suffered a Supply Chain Attack in April 2021. Hackers breached the HashiCorp networks through Codecov, thus launching a cyber attack. Although their presence was there for only a limited time, the credentials of HashiCorp’s customers got leaked. The company reacted quickly by nullifying its private signing key and replacing it with a new one.

The following are the products developed and marketed by HashiCorp:

Vagrant helps you to create a coherent and portable software development environment on cloud technology in a single flow of work. This increases resilience and productivity in the organization.

Developers can use Waypoint to mobilize, manage and monitor applications on various platforms in the given infrastructure. Build, deploy and release is what it takes to launch an application in Waypoint.

Nomad helps in the optimum utilization of the application by reducing overheads and maximizing production. It efficiently manages workloads in group tasks.

Consul uses service mesh and DNS-based service patterns to automate and securely connect the networking across various cloud platforms. It can even detect failures on the cloud network.

Terraform provides infrastructure facilities to organizations adopting the cloud. It assists them in increasing productivity, and risk reduction and ensures a smooth flow of business across various networks.

Packer is an open-source tool that helps in creating machine images of any type from the source configuration. Packer can automatically build these images from a single source.

Vault helps in safeguarding your sensitive information through encryption keys, tokens, certificates, and passwords. It protects business data from breaches and leaks.

Boundary provides extreme security to data even in the host location and zero-trust environments. Access to the protected data is identity-based and you don’t have to uncover your network or manage credentials.

A sum of $349.2 million was secured by HashiCorp from the investors over the years. It went through seven funding rounds in order to procure this amount. HashiCorp also launched its IPO in December 2021 under NASDAQ and raised $1.2 billion from it. The following is the list of all the funding rounds and the name of the investors of HashiCorp:

It was earlier announced that HashiCorp acquired a SaaS platform named Vektra in June 2016 for an undisclosed amount. Like HashiCorp, Vektra is also involved in helping businesses build software infrastructures and management tools. It was founded in 2014 and is headquartered in the San Francisco Bay Area.  But the current status of this acquisition and the operatives of Vektra remains unknown.

After their initial experiences in cloud technology, Mitchell Hashimoto founded his own company HashiCorp in 2012 where Armon Dadgar joined later. It was just the two founders for the first two years who laid the foundation for the company. They employed their first employee in 2014 and now, there are over 1500 of them working behind HashiCorp’s growth.

The vision and the growth of HashiCorp attracted more investors and investments with every funding round. The company also started spreading its business operations in foreign lands like Europe, Japan, etc. With the launch of its IPO in December 2021, HashiCorp reached a valuation of over $15 billion.

The products and tools of HashiCorp have achieved qualitative and quantitative growth over the years. The first product, Vagrant, was developed before the company's establishment. After incorporating HashiCorp, the company launched a couple of new products and tools every year, starting in 2013. Certain tools even got upgraded and enhanced over the years. The quality service these products offer to the customers carries a huge credit in HashiCorp's current prosperity in the global cloud market.

The following are the top competitors of HashiCorp:

Canonical is an open-source software company based in the United Kingdom. This company publishes Ubuntu and other software and services surrounding it. Canonical has developed several projects and tools to meet the needs of its customers. This company was established in 2004 and today operates in over 30 countries around the world.

Puppet is a management tool for software configurations that uses its own language to define its format. It was established in 2005 and runs on Windows, Linux, and Unix operating systems. It is an easy-to-use platform and doesn't require excessive programming knowledge to operate it.

Red Hat is an open-source software enterprise that is a subsidiary of IBM. It was founded in 1993 and operates its business activities worldwide. Red Hat also provides services like virtualization, management service, consultant service, middleware, storage, etc. The company quickly delivers services cost-effectively in the required infrastructure.

GitHub is another software platform that helps in storing, monitoring, and participating in various projects. This company claims to have over 83 million developers, who together are responsible for the company's growth. GitHub is a wholly-owned subsidiary of Microsoft since October 2018.

What are Hashicorp products used for?

Hashicorp products are used for Collaboration & Automation of IT infrastructures.

Are Hashicorp & AWS used together?

Hashicorp is a partner service by AWS.

Is Hashicorp a coding language?

Hashicorp is a configuration language commonly known as HCL

Mildcares- One-stop shop for all your Period Needs