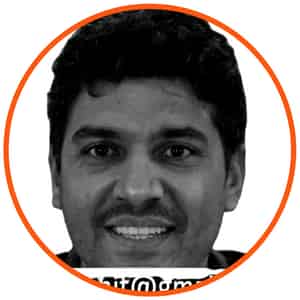 Real-life can be boring. If you are someone who is a student, or a working professional, life can be pretty repetitive. Thus, not only students and employees, everyone is looking for a fun way to go through the day. We try to find a good escape from time to time. This is an article about the most famous escape that people follow to get through their hours.

Moreover, as computers are getting smaller and smaller, almost to the size of our palms. We can see a surge in mobile gamers as well. This slope is likely not to go down with time, it has only risen from the past. Go to YouTube and search any game, you will see a plethora of streamers making their content around games. This is how creators go on about making their brand.

If you Google, what is the average age in India, you will get the result as 28.4 years. This tells us that India is a supremely youthful nation. Youngblood is known to have a new way of looking at things. As they occupy the most population, we can see a large number of people, who are rethinking career options. Traditional careers are a thing of the past now.

Come on, I didn’t think much before writing this point. Gaming is fun. How many of us have played Mario, Contra, or Road rash in our childhood. Who does not know about Pacman? even grandmas know about Candy Crush.

You must be living under a rock in a village if you haven’t heard about these names before. The fact that gaming is fun, makes it accessible to all of the generations. If you are 5 or your age is 55, games will find a soft spot in your heart. They are the perfect water for quenching your adrenaline rush.

India is bullish on the tech revolution. This is actually an understatement, as it is already happening. We all are seeing a boom in the tech sector. As the boom rises on many scales it is seen that tech is becoming more and more accessible. As I say accessible, I also mean that technology is getting economical and cheaper for everyone. This leaves people with more tech in their hands, and with more time comes more games. Thus, more gamers.

Gaming as a Profitable Business

Gaming is not just a harmless time pass, it is an extremely profitable business too. It is so profitable that it is regarded as having more dense profits than the global box office and global music business. Let us discuss the past and present of this field. Then we will ascertain if this is a viable career option or not. Read on to know.

The History of the Gaming Industry

The history of video games started as early as the 1950s. They were at the very inception were just seen as a recreational activity. Computer engineers made them kill time. One such engineer and inventor thought of lifting the whole game by making these games mainstream. His name was Ralph Baer.

Baer is considered the inventor of video games, especially the concept of TV consoles. He one day started to think about the possibility of playing games on a television screen. As television sets were becoming more affordable in his home country, Baer saw an opportunity. An opportunity to make games more than just time pass. To give them the honour that they deserve, according to him. He always wanted games to be in the mainstream rather than on the sidelines of everyday life.

He used to work at an American defence company when he got the idea. It was just another fantasy at that time. Baer was serious and stepped up to invent something for the first time. He made a brown box. Well, not so ordinary brown box but a gaming TV console. Being the first of its kind, people went frenzy over it. Now, the box may seem pretty simple but back then it was the best thing for somebody to own. It launched its first game named “Magnavox Odyssey”. 130,000 units were sold in its very first 12 months.

From the year 1972 to 1981, more or less about ten different consoles were being traded in the market. Each of them was inspired by the first console ever ‘the brown box’. Famous names popped in the market like - Atari, Farichild channel F, Bally Astrocade, Mattel Intellivision, and the likes.

This was the time when the gaming market was booming to the brim. This happened also to be the time when Nintendo entered this hot market. Nintendo came and took the market by storm with a legendary game called ‘Mario’. Nintendo before that was purely focused on playing cards but then shifted its main focus to the video gaming industry. Mario was the game that took the whole market by a tornado. It instantly became a fashion among young people, to collect Mario cassettes.

Even to this day, Mario is the best selling franchise in the world, with over 670 million in sales. It is truly fascinating and followed by Tetris with and Pokémon sales as 495 and 368 million of sales revenue. Then came another legendary Road Rash by Electronic Arts, Sonic the hedgehog, Streetfighter, Tetris and the market barometer was knocked out of the park.

Every company was trying to get a slice of the cake of the video gaming industry. Microsoft added games to its windows, Sony jumped into the scenario too, with PlayStation. PlayStation is the most sold gaming console in the whole world, with over 430 million in sales.

The Present of the Gaming Industry

In 2019 the gaming industry at the global level was marked at a valuation of 151 billion dollars. That is literally 7 times the GDP of Afghanistan. In the pandemic year 2020, nearly 2.7 billion people were into gaming, that is a good chunk of the whole population.

Not only that, games are not just personal time-passes now. It is a national time pass now, yes, we do have gaming world cups. First held in 2019, with an audience of 23,000. The prize of that Fortnite World Cup was 3 Million dollars, which in every sense is pretty huge.

Gamers are celebrated as celebrities, they have a fan following of thousands and even millions. Moreover, they are just teenagers and young adults. In this age, having a fan following in millions is a huge milestone in itself. Not only people, Brands to are going frenzy over deals. They are tapping into game development companies to make characters that promote brand names.

Brands like Adidas, Puma, Louis Vuitton have collaborated with game makers to make characters exclusive wearing their signature suits. This proves how rooted and widespread this industry has become.

Then too, games are not even leaving the movie and film space, they are woven into stories and made into films for fans all over the world. Movies like Mortal Kombat, Resident Evil, Need For Speed, Tekken etc. are blockbusters to name a few. Movies like these do very well with gamers and to add to the spice, it increases game sales revenue.

India has not grown into a hub yet but is showing signs of untapped potential. Despite being a young nation, we have not yet made expected space in this domain. According to a report, there were about 120 million gamers online in 2016 and on average each spent 42 minutes every single day on games. This really proves that India has great potential but is lagging in some sense. Right now this is not a structured industry in India. It can be and surely more or less, it will be in the future.

In our country, India, gamers mostly are skewed to the content side. They are more like content creators on YouTube. They mix gameplays with their commentary and pop culture references to fetch some subscribers, which in turn make them a little famous and get them brand deals.

So again, India is not structured as we see with the lens of gaming. It is varied in dimensions and it lacks clarity. However it is always changing and refuses to be constant, it is becoming better and better. With games like Free Fire and top game brands organizing tournaments and championships, gamers are forecasted to grow. It will take some time to actually be in the line with global standards, but it is surely on the right path to it.

The Expected Future of the Gaming Industry

What the future of this industry will look like is yet to be seen and only time will tell how many other industries it will affect. It is already so big at the global level that it combines the film and music industry in it totally and completely. Indian gamers have to wait a bit on being professional gamers but if you want to work in-game building, there is enough space for you.

With tournaments and championships being hosted by brands every other day, like Free Fire, we will see surges in this space. As the Indian gaming industry goes from being unorganized to an organized sector, we will see many gamer professionals. They will be treated like athletes in future global championships and as always hopes remain high with India.

Is Gaming a Viable Career Option?

When we talk about gaming, it is not just playing but it also includes much more. Things like game building, game designing, game animation, game programming also come into subsets. All these can be a career choice and you can train in them professionally.

A good thing is that creating an audience is much easier in this world now. You can create a YouTube channel and get going with a nice PC or a console. You can work on your branding with tools available for free online. But the main thing is that you are on your own. You need to do whatever, will enhance you as a gamer or a public figure. This way is uncertain for sure but if you can make it work its a great career option. All you need is a nice beast PC, a console and the undying will to take over the whole world, more or less.

Deriving a conclusion is hard on this topic as it is constantly evolving. Getting better and bigger not only in the world’s top countries but in India too, which is seen as a developing country. One thing can be said with surety that India has potential. With the right direction and a little more added fuel, it can go to the stars.

Being a gamer can be hard in India but the domain has many edges, you can build games, programme them, make them big and much more. You can get professional training in all these above-mentioned fields.

What is the gaming industry worth?

What is the most popular gaming companies in the World?

Does gaming have a future in India?

Yes, the Indian gaming industry is growing at a fast pace and is expected to generate $2 billion by 2023.