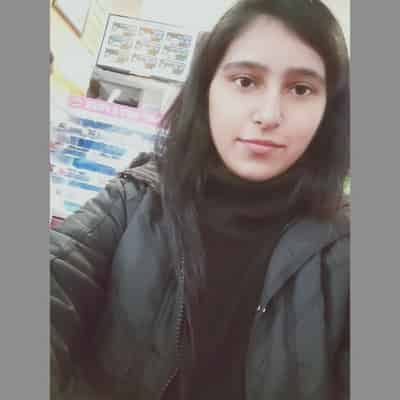 The global economy has always been positively impacted by the introduction of startup companies, which has paved the way for the growing importance of their establishment among different countries.

This has made the governments of the respective countries come forward to encourage their growth and rapid development, along with apt regulation. This startup growth has been witnessed across different sectors of the industry in India, which is at par with the rest of the world. India is one of the leading countries in terms of its startups. The government of India recognized 14,000 new startups in 2021 and 44 of them have also joined the coveted club of unicorns. The funding that is pouring in India today had never been seen earlier. Along with helping the companies turn unicorns and steering them forward to the next level, this funding is also helping the Indian entrepreneurs grow like never before.

Here are some of the successful richest founders in India.

Byju Raveendran is the Founder and CEO of one of the most prominent EdTech startups in India Byju’s. The veteran Indian entrepreneur was born in 1981 at Azhikode, Kerala. He did his schooling from a Malayalam medium school, where his mother “Shobhanavalli” and father “Raveendran” were mathematics and physics teachers respectively. After schooling, he pursued B. Tech from the Government College of Engineering, Kannur.

Then after completing his graduation in the year 2003, he started working as a service engineer at a reputed MNC. After two years, he quit his job and started helping people prepare for the CAT examination. In 2007, he commenced the test preparation business “Byju’s classes” which was a success. This motivated him, thereby leading him to launch his startup Byju’s alongside his wife in 2011.

With the rapid growth of the smartphone industry in India, he launched what we know today as “Byju’s - The learning app”. Within three years, the app got success at both national as well as international levels, as the app expanded its operation to English-speaking countries, such as the United Kingdom, the United States, etc.

Byju’s app adheres to a freemium operation model, primarily aimed at preparing Indian students aspiring to clear examinations such as CAT, IAS, IIT-JEE, NEET, etc. It also helps to provide teaching assistance and facilities to the students of classes 3-12.

The company overall gained so much success that it even bagged the recognition of being the shirt sponsor of the Indian cricket team, as announced in July 2019, replacing Oppo, who were the earlier sponsors. The deal allows Byju's name to be printed on the team's jerseys between September 5, 2019 - March 31, 2022. With over 100 million users and 6.5 million paid subscribers, along with a net worth of approximately 16.5 billion dollars, Byju’s is ranked among the top 5 national internet companies.

The combined wealth of Byju Raveendran and his family (brother Riju Raveendran and spouse, Divya Gokulnath) stood at $3.22 bn (Rs 24300 crore), as per IIFL Wealth Hurun India Rich List 2021. The personal net worth of Byju Raveendran was last reported to be $1.7 bn in 2020. His company, Byju's is also a market leader in terms of valuation. With a valuation of $21 bn, the Raveendran-led edtech company is the second most valued startup in India and the most valued edtech startup in the world, as per December 2021 reports.

Thus, from his journey, we can learn that the passion for learning and imparting education o others, coupled with an overarching plan in place, one can achieve anything and everything in life.

Nithin Kamath created Zerodha, a brokerage firm with an open and low-cost business approach, in 2010. Zerodha, presently led by both Kamath brothers, Nithin and Nikhil, is the country's largest brokerage, with over 5.48 million active clients.

After reports in recent months that approximately Rs 80,000 crore of Indians' money sits unreported in various banking and Demat accounts, Nithin stated in September that Zerodha would be introducing an 'alert tool' to its platform to notify beneficiaries when an account becomes inactive.

Nithin and Nikhil had been trading right from their teenage years. The kids of a veena teacher and the manager of Canara Bank grew up in Bengaluru's Basavanagudi, which is known for its lively traders. Nithin confesses that "greed" drew him into trading in the first place.

They'd joined Reliance Money and Way2Wealth as sub-brokers, respectively. Kamath Associates, a firm that handles money for others, was founded because of its trading prowess. The trading brothers had a sneaking suspicion that the firm was about to be disrupted. "When the jobs accomplished per transaction are the same, why should fees be dependent on transaction value?" had been a problem Nithin frequently pondered.

Nithin was aware of the industry's lack of transparency. The number of securities financial transactions tax or brokerage imposed by brokers was sometimes unclear to clients.

Despite the pandemic, Zerodha had its biggest year ever, with 1.5 million new users. Nikhil started his fund, True Beacon, for high-net-worth clients in 2019. It is still modest, with a corpus of Rs 380 crores, but it has gained an amazing 35 percent during the last 14 months.

For the time being, the Kamath brothers are concentrating on what they do best: providing the best trading experience and a risk-free alternative to investors. There is also no stock study and no sales targets for any of the employees, which leads to misselling. They've introduced Varsity by Zerodha, which includes market tutorials. And the primary broking service continues to be unadvertised.

Nithin, the company's CEO, makes product choices and oversees the production, while Nikhil, the company's CIO, manages risk and deals on their account. They've invested in various firms in the investment field and given money to climate change solutions, thereby channeling their brokerage earnings for a good cause.

They are the biggest Indian entrepreneurs under the age of 40, according to the IIFL Wealth Hurun India '40 and Under Self-Made Rich List' 2020, with Rs 24,000 crore. SEBI recently authorized them to establish an asset management firm.

Divyank Turakhia is distinguished as an Indian-born serial entrepreneur, businessman, computer programmer, self-made billionaire, and investor. Turakhia is ranked #1 in the IIFL Wealth Hurun India Rich List 2021. Media.net is the company that Divyank founded back in 2010, which went on to become recognized among the top 5 largest online advertising businesses globally. After scaling media.net to a promising level, Divyank is also credited for selling it to Miteno Communication Technology (Shuzhi.AI) in an all-cash deal in 2016 for $900M. This is also famous as the third-largest acquisition transaction in the online advertising industry worldwide.

Turakhia began programming at the tender age of 9 years, while he started internet consulting for major companies including large corporates when he was just 14 years of age, in 1996. He then decided to borrow $600 from his father and after two years, he co-founded a web hosting and domain registration business. This venture was again quite a success for Turakhia and was eventually purchased by NASDAQ:EIGI in 2014 for $160M. Turakhia studied at Arya Vidya Mandir in Bandra, Mumbai and was later a student of Narsee Monjee College of Commerce and Economics (University of Mumbai), from where he graduated.

Div or Divyank, as he is commonly referred to, reached the milestone of acquiring his $1 million at 18, attained the milestone of possessing $100 million at 23, and then leaped to cross the 1 billion dollar mark in 2016, when he was 34. A serial entrepreneur, Divyank has been Co-founder of Directi, Founder and CEO of Skenzo, Founder and CEO of Media.net, Founder and CIO of numerous global investment funds. Div stepped down from the position of CEO of media.net in October 2018 and is currently planning to spend some time running his global investment funds.

Divyank Turakhia's net worth has been listed at Rs 12, 500 crores by Hurun India in its IIFL Wealth Hurun India rich list 2021. He was featured as the youngest billionaire on the Forbes List of Richest Indians worldwide in 2018.

Nakul Aggarwal is popularly identified as the Co-founder and CTO of BrowserStack. Nakul is an alumnus of the IIT Bombay. Started with Lime Spot Technology India Pvt. Ltd., where he served the role of a Software Developer, he left the job after 2 years. In the meanwhile, he had already started QuarkBase.com as the co-founder. Aggarwal then switched to Lime Labs LLC as the Senior Software Engineer but left the same after stepping down from the co-founder position of QuarkBase.com. Nakul eventually took up the role of managing Development & Infrastructure at Downcase Consulting and while he was working with the company, he founded BrowserStack in 2011. Aggarwal then left Downcase Consulting.

Nakul Aggarwal was ranked at the second position in Hurun Rich List 2021 with a total wealth of Rs 12, 400 crore.

Ritesh Arora is known as the Co-founder and CEO of BrowserStack. Ritesh co-founded BrowserStack in 2011, which is currently hailed as the world’s leading software testing platform. The vision was mainly to simplify testing for millions of developers globally. BrowserStack scaled far and wide and currently boasts of 50,000+ global customers, along with being backed by marquee investors like Accel, BOND, and Insight Partners. The Ritesh and Nakul-led company was recently valued at $4 billion.

Ritesh Arora has graduated from IIT Bombay with Computer Science and is a serial entrepreneur who has started multiple companies after completing his graduation.

Ritesh is known as an angel investor and currently mentors many technology startups in India. Arora started as a Software Developer at Lime Labs and then founded QuarkBase.com and Downcase.com, but he no longer holds the role in the companies. Ritesh Arora finally founded BrowserStack, where he still is a Co-founder and CEO.

His company BrowserStack has won numerous industry accolades like:

With the increase in the support and assistance from the Indian government to the startups, the young and budding Indian entrepreneurs must keep these role models as their benchmarks of success. The early initiatives of these listed people got them to where they are now. The startup founders are the embodiment of creativity and innovation. Thus, their journey offers some valuable insights, following which the entrepreneurs can push their initiatives towards glory.

Who are the richest entrepreneurs in India?

Byju Raveendran and Family, Nithin and Nikhil Kamath, Divyank Turakhia, Nakul Aggarwal, Ritesh Arora are the richest entrepreneurs in India, as of February 2022.

How much do startup founders make in India?

The average salary of a startup founder is between Rs 15 lakhs to Rs 80 Lakhs depending on the experience.

Who is the youngest CEO in India?

Suhas Gopinath is the youngest CEO in India. He took charge of the CEO of Globals Inc. at the age of 17.

Srishti Ranjan
Content writer at StartupTalky. Have something interesting to share on our site? Reach out at story@startuptalky.com