Twitter to Consider a Subscription Service for Exclusive Features 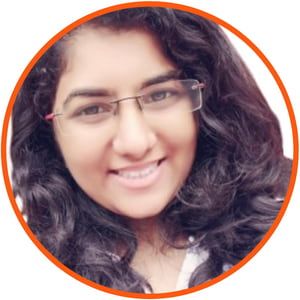 Twitter is moving beyond the traditional social networking business model and is experimenting with new business model to sustain their platform. The latest test is a subscription service for exclusive features.

Twitter is considering a subscription model to counteract its falling ad revenues. CEO Jack Dorsey said subscriptions are just one of several ways the company is looking to boost income from users.

Twitter has had a meteoric growth as a popular microblogging platform with its quirks. Several celebrities like Elon Musk, Donald Trump and Kangana Ranaut use this platform to post controversial thoughts quickly picked up by the audience.

A subscription model could offer a new source of revenue for Twitter. By charging some of its 353 million users in the US and others elsewhere to access extra features such as more followers or enhanced analytics. It would also mark Twitter’s most significant departure from its core advertising business model when it is struggling to attract advertisers.

The company has suffered a sharp decline in its ad revenue in recent quarters as it works to grow beyond its stagnant user base. The majority of the revenue share came from the targeted advertising model that this platform offered. In 2021,  Twitter is looking to move away from revenue dependency on brand-oriented advertising approach.

Twitter launched a survey among users last year in July 2020 to analyze the interest levels.

These are the potential features that are likely to be provided to the premium Twitter users in 2021.

Post something really embarrassing accidentally on Twitter? No problem. This feature helps you delete your Tweet before anyone even sees it, all within 30 seconds of posting. The premium Undo event on Twitter is a simple way to recall or withdraw a tweet, so it never gets seen by anyone.

Change the feel and look of Twitter - adapt it to suit your style. In addition to Night Mode, the premium feature allows you to change your default background color and other critical elements in your interface. The new custom color setting gives you more control over the appearance of Twitter on your phone or computer.

Twitter currently limits uploaded video size to 140 seconds or 6 MB for most users. With a premium subscription, you could publish videos 5x longer than the current default settings (i.e. 5 minutes), and use a much higher maximum resolution (8192×8192) for each frame within the video.

Twitter Badge helps users learn more about the people they follow on Twitter. The badge shows users the businesses a user writes for or owns. It’s just another way for people to discover others and get to know them better. It also helps maintain a credible brand presence.

Auto-response in the premium version of Twitter helps you come up with tweets that can increase your following. This is done through a menu of auto-responses to use in the direct messages to Twitter netizens. When Twitter detects a matching phrase, it will send out an automated reply.

See how often your brand is mentioned on Twitter and get a deeper understanding of what people are saying with the new social listening tool. This tool lets you see the general conversation around a brand, including total volume seen through the social search function, and which users or businesses are talking most often.

Create surveys and polls to collect feedback about your Twitter Ads campaigns. This insight can help you measure your campaigns effectiveness, understand if your audience is likely to buy the products or services featured in your ad, and optimise future creatives.

Enjoy premium Twitter with a different kind of streaming experience. Say goodbye to ads; say hello to a whole new look and feel without the distractions of promoted tweets. Have your data protected from advertisers and upgrade the privacy options.

Disclaimer: “This is not necessarily reflective of Twitter’s future subscription model, and will change at the discretion of Twitter’s management. The survey is the current source of official information.”

There has been a general resistance against paid social media networks in general. A Washington Poll in 2018 revealed that fifty-eight percent of the respondents wouldn’t pay for Facebook if it adopted a paid network model. The same would go true for Twitter. However, Twitter has always emphasized that they would not ask the users to pay for the current features they enjoy.

The most important thing to remember is that Twitter must be a zero-sum game. For users who are not paying for access, there can’t be any knock-on effect of paid Twitter users keeping content to themselves.

Twitter is a model that depends on users, not mouse clicks. It’s the connective tissue between friends and strangers, emphasizing broadcast v/s a one-way conversation (social media has been big on one-way communication).

Twitter earns its revenue from Data licensing and Advertisements.

What is Twitter's net worth?

An exclusive Twitter subscription model could be just what the company needs to make money and keep customers privacy intact. In this world, where our activity across social media platforms is monitored, Twitter can offer a premium social network to eliminate our privacy concerns.

Ananya Shetty
If you have anything interesting to share on our site, reach out to me at story@startuptalky.com