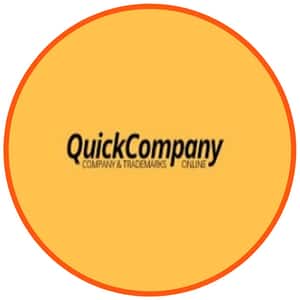 The article has been contributed by the QuickCompany's team

India has secured the 3rd most prominent position in the world as an ecosystem for startups with a strength of 77,000 DPIIT-recognized startups across 656 districts, while China and USA hold the second and first positions, respectively. Since 2014, it is remarkable how India has climbed up to secure the place. It is a moment of pride that India has left China behind in the global unicorn race, with funding CAGR(Complex Annual Growth Rate) between 2014 to 2022 of 49% in India against 12 % in China and 33% in the USA; as well as year on year growth of unicorn in India by 300% between 2020 and 2021 in comparison to China with 267%.

This count is reported as of 29th August 2022, making India rank 2nd in innovation quality and 1st in the quality of scientific publications, as well as in the rate of universities among developing economies. Between 2014 and the first quarter of 2022, 57,000 startups were launched in India, out of which 100 have entered the Unicorn Club, and 17 are listed.

Bengaluru is known as the startup capital of India, whereas Maharashtra has the highest number of startups in India.

The innovations are expanding beyond the specific sectors, unlike a few years back. The recognised startups in 56 industries are divided into 13% from the IT industry, 9% from pharmaceutical and health care, 7% from ed-tech, 5% from professional and commercial services, 5% from agriculture and 5% from food and beverages.

According to the Economic Survey of 2021-22, DPIIT recognised more than 61,400 startups, of which at least 14,000 were recognised during the fiscal year 2022. This contributes to a growth projection to put forward a GDP examining the performance of several sectors and suggests future movement.

On average, 555 districts of India had at least one new startup, which makes it evident that India has remarkably encouraged the startup mindset over the past six years, mainly in IT and knowledge-based sectors.

2022 has been marked as a significant year for startups, as it has witnessed the crossing of milestones of 100 Indian startups to enter the Unicorn club. Until October 2022, IT and Fintech showed the highest number of entries, whereas blockchain and consultancy showed the lowest.

A huge announcement is made by BITS Pilani, allowing students and faculty members to take time off for up to 1 year to start their ventures with a target to encourage and nurture entrepreneurship in India.

Moneycontrol had reported earlier that at least one founder of over 73 of India's more than 100 unicorns came from one of the country's 23 IITs. According to Tracxn Technologies data, BITS Pilani alumni have founded over 900 startups, with over 13 making it to the list of Indian unicorns, including Zeta, MPL, Swiggy, BigBasket, and Groww. Hari Menon of Big Basket, Sriharsha Majety of Swiggy, and Phanindra Sama of redBus are all alumni of BITS.

As of now, 22 startups have joined the unicorn club in 2022. Here are the top five among them:

The other Indian unicorn startups of 2022 are:

Over the past two years, India has witnessed the inflow of extra cash that resulted in drawing massive investment to Indian startups, including some making the IPOs launched exceedingly profitable. As growth-stage investors such as Tiger Global, Coatue, and Softbank have quit the market, startup values have fluctuated at a high speed. Several startups were valued based on price rather than vision, and now it is a challenge to contend with the harsh realities of the natural world, which values businesses based on free cash flow.

This scenario is likely to persist for the next 12–18 months until the economy begins to reset to a new normal. Meanwhile, the challenge to startup CEOs is to focus on achieving quantifiable achievements and genuine business payoffs, making the time engrossing for the Indian startup ecosystem.

Which Indian city has the most number of startups?

Maharashtra has the highest number of startups in India.

Which Indian startups entered the unicorn club in 2022?

How many startups are started by BITS Pilani alumni?

According to Tracxn Technologies data, BITS Pilani alumni have founded over 900 startups, with over 13 making it to the list of Indian unicorns, including Zeta, MPL, Swiggy, BigBasket, and Groww.