Business Model of Big Bazaar: Strategy of The Superstore of Largest Retail Network 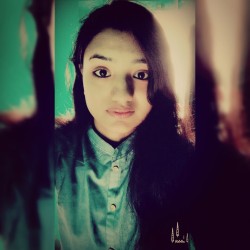 We all love to go shopping; it is an integral part of human life. We all might have paid a visit to Big Bazaar at some point in our life. Now we are surrounded by an online world where everything is a touch away but sometimes paying a visit to physical stores seems a getaway from our regular life. Offline shopping is divided into two categories, the first one is buying things from retail stores, and the second one is buying stuff from malls or shopping complexes. Retail businesses specialize in a single item, but shopping malls like Big Bazaar offer a wide variety of things in one location.

Big Bazaar is convenient for buyers because they will get everything from groceries to clothes in a single place. It will save a lot of time visiting stores to stores in search of goods. Big Bazaar is claimed to be the Walmart of India. They provide their clients with some fantastic deals and discounts. These features are attracting an increasing number of clients to their businesses.

Big Bazaar's business strategy is based on a retail network that includes superstores, food shops, and cheap department stores. Not even for once, they doubted the presence of online platforms. They knew even before the pandemic the importance of digital presence. They knew that it is a must to engage with the audience on the internet, a virtual channel. And they were making significant investments in the medium even before the lockdown.

They've constantly wanted to confirm that they're creating the proper exposure for their audience and, as a result, attracting them to their business. As a result, moving clients from online to offline was a significant component of the strategy.

Big Bazaar is a retail business headquartered in India with an office in Mumbai. Kishore Biyani started it in 2001, and it now has roughly 295 shops across the country. Hypermarkets and cheap department shops are both parts of the business chain.

The creator's parent business founded the organization Future Group, which has a significant presence in the Indian retail and fashion sectors. Future Group has a good reputation, but Big Bazaar has managed to carve itself an important place in the lives of Indians.

This Indian retail company offers various products, including clothing, apparel, shoes, food, groceries, liquor collections, and other household essentials. Even though there are dozens of stores across India, it is clear that it has not spread into other nations.

As we mentioned earlier, it has been proclaimed that Big Bazaar is the Walmark of India. But there is much more to it. The idea behind starting Big Bazaar is a store named ‘Saravana.’ This shop was part of a family-owned company. The principle of working for this store was the low margin and high turnovers, which inspired creating Big Bazaar. Creating a space for buyers where they can buy things at a low price. The tagline of the business says a lot ‘Isse Sasta Aur Acha Kahi Nahi.’ The main aim was to provide items at a low price.

Big Bazaar does not do trade with individual customers but rather with organizations. One of the most critical features of Big Bazaar is that there are no intermediaries since they generally buy items straight from the manufacturers, eliminating mediators and their earnings. The business-to-business model is adopted by Big Bazaar, where they offer chances to small and medium organizations.

The success of the Big Bazaar depends on these pillars.

1. Pricing Strategy - When you buy at Big Bazaar, you can expect to discover discounts on nearly all of the items. This is because it is based on the low-margin premise. Big Bazaar purchases merchandise from producers in bulk and so incurs no losses while offering discounts to customers. Since large crowds congregate here to purchase these items, this tactic works for the company's benefit. As a result, despite the lower profit margin, the turnover is tremendous.

2. Product Strategy- Even if the costs are appealing, the items must also be of high quality. Big Bazaar provides a fantastic selection of items. They offer items from other companies as well as their line of products. This diverse selection attracts a large number of buyers and clients. And above all the product quality is high which allures buyers towards stores.

3. Store Location - The store's placement is the next important consideration. Even if the business has a large selection and reasonable prices, it will not attract much attention if it is situated in a distant location with limited accessibility. As a result, Big Bazaar has indeed sought sites that are widely accessible and attainable by virtually everyone. The company's earnings have increased as a result of this network of outlets.

4. Promotions - Promotions are critical to every public venture's viability. Big Bazaar has set aside a significant amount for promotion. It began special days such as ‘Sabse Saste Din,' which drew in millions of customers. It has also enlisted the help of celebrities, bollywood actresses, and athletes for sponsorships. This has made a lot of commotion in the marketplace for them. As a result, they've developed into a big and profitable retail business.

However, the Future Group announced that they are analyzing a better strategy for Big Bazaar Direct and have thus suspended the current concept. As per the company's site, it used to operate on a B2B basis, in which kiranas and ordinary guys could establish a company by being a Big Bazaar franchise. But according to the present business model, the franchisee was responsible for selling Big Bazaar items around the country. Franchisees' involvement was restricted to taking orders from consumers, making the procedure relatively easy for them. The remainder of the process of delivering booked items to consumers' doorsteps used it to fall within Big Bazaar's purview.

How Big Bazaar is makes money?

Now comes the question which must be popping in your head which is how they are earning money. The Big Bazaar business concept removes mediators since customers buy directly from producers or manufacturers. This eliminates the intermediaries and their revenues, allowing Big Bazaar to increase its profit margins. The other thing that contributes to Big Bazaar revenue is the wholesale discount.

Economies of scale plays a significant role in Big Bazaar's profitability. Because of its large scale, the Big Bazaar marketing strategy saves money on advertising, transportation, etc. In addition, they can buy large quantities at once, allowing the expenditures to be spread out among various goods.

There you go! Here we have incorporated all the information about the business model of Big Bazaar. No doubt Big Bazaar is one of the successful franchises in India, and it has changed the way we do shopping. They also had made an online presence in these challenging times. So now buyers can purchase all their essential elements online.

Who is the owner of Big Bazaar?

Who is the founder of Big Bazaar?

Kishore Biyani is the founder and group CEO of the retail giant Future Group, that owns Big Bazaar.

Who are the competitors of Big Bazaar?

Top competitors of Big Bazaar are: