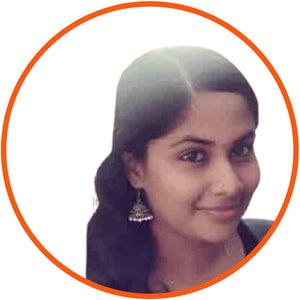 BRICS constituted of five countries, has become a global phenomenon that has spurred on the need for improvement for a stable and upward-moving economy. The conglomeration met in 2022 to discuss startups. In this article, you can find what BRICS is and what it stands for in terms of developing the economy.

BRICS started as BRIC in 2009 and constituted four countries - Brazil, Russia, India, and China. The term was coined in 2001 by Roopa Purushothaman, a researcher for Goldman Sachs, for the Building Better Global Economic BRICs report. South Africa, invited and supported by China, officially became a member in 2011 by attending the 3rd summit meeting as a new permanent member.

The countries came together to form an economic bloc that also acted with each other’s interests in mind. Although multiple conflicts are rife in the regions that some of the countries share, economic growth and forging alliances remains the objective for BRICS countries.

The reason why Goldman Sachs was optimistic about the development of BRICS was because of the growth rate. For years, these five countries consistently rated among the fastest-growing economic hotspots in the world. The favourable condition of a global commodity explosion led to a lower cost of labour and sufficient demographics. These factors, along with the availability of natural resources at that point, led to flourishing economies in these countries.

The enthusiasm around the prediction that BRICS would overpower the economies of the Group of Seven (Canada, France, Germany, Italy, Japan, the United Kingdom, and the U.S) died away. Thanks to the worldwide financial collapse and the crash of oil prices, the hype around BRICS as the economically advanced bloc slowly petered out in 2014.

However, the countries that constitute the bloc continue to meet at annual summits to discuss various topics like terrorism, economic nourishment, peaceful stability, monetary aid, etc. Let us take a look at the various facets of BRICS.

The main aim of BRICS is to promote security, prosperity, and economic progress among the participants in the conglomeration. No matter what geographical or political disputes might arise between the countries, the relationships forged within BRICS come first. The supreme leaders of all five nation-states must come together to encourage and support each other to improve economically.

BRICS also has objectives that it wants to achieve, especially with its target of accomplishing its goals by the year 2050. The aims of BRICS are as follows:

● To facilitate and attain financial expansion.

● To get the most use out of the available resources.

● To create and sustain peacefulness, fellowship, and relationships among nations.

● To become a prominent producer and supplier of manufactured goods, services, and raw materials.

● To promote financial hotspots that will help grow the economy of each country.

● To sustain the New Development Bank

The main objective for BRICS is to prove that they can restore balance in a world dominated by the G7. To do that, the countries must work together to foster a sense of camaraderie.

BRICS is an extremely crucial part of the financial growth of the global financial image itself. Consider the fact that the countries concerned together make up 26.7% of the world land surface and 41.5% of the world population. With a GDP of 19.6 trillion USD and about 23.2% of the gross world product, BRICS is a force to be reckoned with. With a combined GDP (PPP) of more than 40.55 trillion USD as well as 4.46 trillion USD in integrated foreign resources, BRICS certainly offers its fair share of contribution.

As a result, BRICS countries are crucial for the following issues:

● For the discussion and partnership on financial situations and issues.

● Aid for infrastructure and long-lasting development of projects that can be sustained.

● Arrangement of India with the other BRICS countries on the matter of NSG memberships.

The 14th BRICS summit 2022 took place for two days- the 23rd and 24th of June. The conference, convened under the Chairship of President Xi Jinping of China, was held virtually in light of the current Covid-19 pandemic situation. President Jair Bolsonaro of Brazil, President Vladimir Putin of Russia, and President Cyril Ramaphosa of South Africa were present to constitute the BRICS forum.

The Indian Prime Minister, Shri Narendra Modi, wished to shed light on ventures that will help strengthen the economy. These economic decisions have been shown to increase the output of monetary resources.

During his address at the summit, the Prime Minister put forward a proposal to establish a database online. The database would store all documents and research networks in connection to BRICS and the BRICS Railways. This will ensure and increase the cooperation among the Ministries of Micro, Small, and Medium Enterprises (MSMEs).

Moreover, PM Modi also requested the business community under BRICS to help develop solutions for technology startups and MSMEs. He stressed the development and importance of startups, indicating the increase of fintech startups. Moving from a mere 500 in 2018 to an astounding 2,300 fintech startups in 2022, India is the third-largest breeding ground for encouraging profitable startups to operate and grow, after China and Russia respectively.

PM Modi also highlighted the growth of the biotech industry. More than 1100 biotech startups have registered since 2021, with over 5000 startups operating in the biotech sector. Investments in the biotechnology industry have seen a substantial increase by nine times as well as a growth spurt of seven times the rate since last measured in 2014. This has made a mark on the economy since the worth of this market has increased exponentially from a 10 billion USD industry to a booming 80 billion USD industry as of 2022.

This year, India will be organizing the BRICS startup event. The main purpose behind this is to strengthen the connection between startups in BRICS countries. The PM also suggested increasing the cooperation among the BRICS members in the field of technological solutions for different social and economic challenges, startups, and MSMEs.

Since its foundation, the BRICS members meet at annual summits to discuss various issues and solutions for them. BRICS not only promotes economic growth in the wider sense but also helps to encourage small business ventures in their growth. The organization helps foster a sense of fellowship and facilitates facets of economy boosters like startups.

What is BRICS and its purpose?

BRICS is short for Brazil, Russia, India, China, and South Africa. These are the world's top-most emerging market economies. The primary purpose of BRICS is to promote peace, prosperity, security, development, and mutual cooperation.

The 14th BRICS summit 2022 took place for two days- 23rd and 24th June 2022. The conference, convened under the Chairship of President Xi Jinping of China, was held virtually in light of the current Covid-19 pandemic situation.

When did India host BRICS Summit?

Where is BRICS headquarter?

BRICS headquarters are in Shanghai, the People's Republic of China.

When was BRICS first conference?

The first BRICS conference was held in Yekaterinburg, Russia on 16 June 2009.

Best Business Management Tools For Beginners to Use in 2023