List of Startups That Are Funded By Cristiano Ronaldo 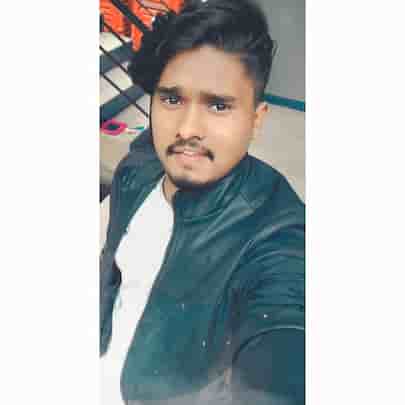 Whenever we see a football rolling around, there's one personality we think of, Cristiano Ronaldo. He's the captain of the Portugal football team and a deadly weapon of the Manchester United club at present. With a status of 674 goals on the ground, Ronaldo carries incomparable stardom.

Besides this, scoring goals is not the only source of his revenue. Apart from being paid a whopping 11.9 crores for each promotional post on Instagram and $64 million per year for serving as Juventus's winger, he has established various ventures outside the stadiums.

Being an excellent athlete, Ronaldo has a very cunning business mind. From sweeping the streets to driving buggies, he has come a long way. All this is because of his hard work and multiple business ventures. No doubt he is the holder of such a massive amount of net worth. Funding, advertisements, sponsorships, all after the times he marvelously landed the ball at the back of the net, have earned him his stance in the hall of fame.

Now there's a side of his life, about which very few know of. Yes, as mentioned earlier, his throne is outside the field, in the market. But does this Portugal player has the ability to play his moves in the business competition? No doubt, he has. So let's have a look at the wonders that Ronaldo's business mind has performed.

So, let's have a look at the startups funded by Cristiano Ronaldo.

On the top of the list, we have a Portugal-based startup that involves the marketing of mobiles. The company came into being in 2011. The CEO Josh Simoes and Diogo Teles presented the idea of gifting a reward of something to the people every time they came into action with the brands. Or, in simple words, people would be getting tips for shopping online.

To serve the purpose, the app was to be launched in the initial months of 2013. But before that, Cristiano Ronaldo took to his Facebook handle to share this news. Immediately after which the beta version of this app came into being.

Although the amount he funded was behind the curtains, he expressed his joy while sharing this news. His post revealed his happiness towards this encouraging initiative as the mobile world is a fast arena of happenings. He also expressed his full support saying that a fast-approaching change is possible with mobile.

Mark Hughes, the founder of this company, made it a reality in 1980. Herbalife Nutrition operates based on providing people with proper health and nutrition supplements. For such a company, to shake hands with a personality like Cristiano would be no less than a gold medal.

Thus, in 2013 the company shook hands with Ronaldo. It resulted in the launch of a sports drink inspired by Ronaldo. It was tagged as Herbalife 24 CR7 drive. With such an aggressive name, and Ronaldo's name attached to it, the company was happy. Following this, Ronaldo had been funding the company. Later in 2018, the deal was renewed for an extension of 3 years.

Ronaldo funded one of the most prominent digital agencies all over Portugal.  This Luis Parafita leads link. The Portuguese captain had envisioned a new tech brand along with a tech vehicle titled “7EGEND." In the initial stages, Thing Pink was understood as a team of advanced engineers, producers, and technical minds who ruled the digital arena.

Now that Ronaldo has a superior hold of them, all are focused on turning Ronaldo's vision into a reality of creating a tech-inspired world that would go hand in hand with the sports world too.

Cristiano Ronaldo had shaken hands with this company in 2014. Overall entitled as a watchmaker company, designing and manufacturing the fashion accessories is also a part of their routine. TAG Heuer was established in 1860 with its headquarters in Switzerland. Ronaldo being the first international ambassador for this company, had signed a long-term deal.

Apart from partnerships, Ronaldo now has a venture of his own. The Sparta hair transplant clinic. With the significant highlights on hair problems, he expressed his concern in tackling them.

People should be accessible while putting forward their problems rated to hair and likewise should be treated well. With this note, he initiated the project. He has 50% of this project to his name. Insparya branches into ten centers in the whole of Portugal.

In 2014 itself, the five-time ballon o dr champion funded a hair care product. Clear shampoo is a part of Unilever. With Cristiano's face in every advertisement and promotion, the shampoo has its value all around the globe. The company came into being in 1975 with the tag of clinic shampoo. When later, it was again given the title of Clear.

CR7 Fitness is another sector of Ronaldo's venture, which includes all the gyms he owns around Portugal. Being one of the fittest athletes, he never underestimates fitness. Thus, the gyms which he owns reflect his affection towards being healthy.
Apart from these, he also funds branches of CR7, which include CR7 denim, perfumes, footwear, and the list goes on. The CR7 brand was launched in 2013. Afterward, in 2015, Ronaldo came up into the market with his brand-produced footwear.

It's a portugal tourism group which has its series of hotels. It is owning a total of 91 hotels all around the globe. In 1972 it took birth behind which were the names Josh Pestana and Manuel Pestana. Their chain of hotels extends from Europe to South America also to Africa.

In 2017 Cristiano came in to fund their chains of hotels. He supported the chains with a net worth of €60 million, which made Cristiano the owner of these hotels. Later the name was tossed as Pestana CR7 lifestyle hotel. With this name tag, the first pillars of hotels were placed in Madrid and New York.

Besides the sports world, which involves heavy workouts and a perfect physique, Ronaldo has proved the worth of a sound mind. Although other athletes follow the same path, when Ronaldo's fame and reach are put together to his business mind, it is a tough plate to level up.

With multiple backups at hand, this world-class Portuguese player has performed wonders on the ground that earn him $64 million a year. With the foundation he has laid, his generations would also enjoy the fruits of this.

His brands and his fundings, at a global level, serve him with extra fame and reach to already what he has gained from scoring goals. And now, with his budgets, along with himself, the company's are benefitted to an unimaginable extent. Along with that, Ronaldo contributes to advertisements as well. Thus, Cristiano Ronaldo defines what a complete played is.

What products has Cristiano Ronaldo endorsed?

What is the net worth of Cristiano Ronaldo?

Cristiano Ronaldo has net worth of $120 million. He has been ranked as the world's third highest-paid athletes by Forbes in 2021.

Which startups funded by Cristiano Ronaldo?