Company Profile is an initiative by StartupTalky to publish verified information on different startups and organizations. The content in this post has been approved by Dream11.

Fantasy sport is what most young sports lovers today are crazy about. With fantasy sport, sports lovers need not just enjoy a game by being a spectator, but can also create an imaginary team (of real players) of his own choice and earn rewards when his imaginary team performs well. All thanks to the mobile and internet revolution, the fantasy gaming industry is booming in India too. With a motivated will to explore this sector, Dream11 was founded back in 2008 by two young and talented co-founders Harsh Jain and Bhavit Sheth.

A pioneer in the fantasy gaming segment, Dream11 is the first Indian gaming company to enter the unicorn club. Let's have a look at the journey of this Mumbai based startup that has been recognized as one of the top 10 innovative companies in India. Know Dream11 Success Story, How it started, Business Model, Owner, Funding, history and more here with StartupTalky.

4th September 2021 - The parent company of Dream11, Sporta Technologies is looking to raise around $12.5 million (around INR 90 crores) in a fresh upcoming round.

31st August 2021 - Dream11 is looking to raise around $400 million in an upcoming round led by the old investors and some new one. This round is expected to boost Dream11's valuation to $8.5 billion.

5th March 2021 - Dream Sports (Parent Company of Dream11) will not raise any new money from Chinese investors in the future, according to its founder and CEO Harsh Jain. Dream Sports is currently conducting a secondary sale of stock that will value the online fantasy sports platform at $4 billion.

Dream11 is an application that allows its users to create imaginary teams. The catch here is that the users can earn cash based on actual match performance of the selected players on their teams. Each good move of the players earns cash rewards to the users. Moreover, Dream11 provides its users to play games in categories like cricket, football, kabaddi, and National Basketball Association.

Dream11 is one of India's Biggest Sports Gaming platforms and has successfully registered 100 million users in 2020, which was only 2 million in 2016. It is a great platform for all the sports lovers of the country, which helps them showcase their knowledge of sports along with letting them compete with their fellow friends and fans.

Dream11 was founded by two young and aspiring entrepreneurs and sports lovers, Harsh Jain and Bhavit Sheth in 2008.

Dream11 CEO Harsh Jain, is a graduate from the University of Pennsylvania with an MBA from Columbia Business School. Before Dream11, he launched and successfully led the acquisition of Red Digital (a social media agency) by Gozoop. His vision with Dream11 is to entertain the sports fans with some real-time modules.

Dream11 COO Bhavit Sheth is an Engineer with an MBA from Bentley University (Boston) and a Diploma in E-commerce strategies from Harvard. Bhavit co-founded Dream11 with Harsh in 2008. As COO, his prime focus is on providing the best, trusted, and user-focused experience via operational excellence throughout the company's processes.

Dream Sports is a sports technology company whose portfolio includes brands including Dream11, FanCode, DreamX, DreamSetGo, and Dream Pay. Dream Sports is putting the vision of ‘Make Sports Better' into action by offering a variety of ways for fans to connect deeply with the sports they love, including fantasy sports, material, commerce, experiences, and events.

Harsh Jain and Bhavit Sheth founded the company in 2008, and it was ranked #10 among India's Great Mid-Size Workplaces in 2019. It was also named one of Fast Company's top 10 innovative companies in India in 2019. Dream Sports' major investors include Kalaari Capital, Think Investments, Multiples Equity, Tencent, and Steadview Capital.

Dream11 - History and How it Started?

Harsh Jain and Bhavit Sheth, childhood sports enthusiasts, co-founded Dream11, the most well-known fantasy sports application. The Indian Premier League (IPL) was the catalyst for the new fantasy sports industry to emerge. In a country with billions of cricket fans, Harsh and Bhavit created the company with the belief that sports fantasy leagues would become a profitable service opportunity.

Harsh finished his studies at the University of Pennsylvania and Columbia Business School and returned to India to solve a fantasy game problem. He invited others to join him in finding a faster solution to the problem. Many laughed at him, but Harsh's college classmate Bhavit Sheth decided to join him for a larger party.

In 2012, the company launched its first freemium service, and from there, the real journey began. They also sought out other investors and invited them to join their venture.

The online gaming sector in India has undergone a tremendous change in the last few years. The online gaming market of India is estimated by KPMG to grow at a CAGR of 21% between FY21 and FY25, which will help the gaming industry achieve a size of Rs 29,000 crores, as per June 2021.

A report by Flurry Analytics said, "India currently ranks among the top five countries in the world for online and mobile gaming."

The fantasy sports segment of the gaming industry of India boasts of having more than 100 million customers alone, which is expected to add another 50 million in the next one and a half years at most. Dream11, with a revenue of 801.7 Cr ($112.4 Mn) in FY19, led the industry though it failed to achieve much profitability due to the increasing spends on advertising.

Dream11 - Business Model and How it Works?

Dream11 does not monetize their company through Google ads or other ad agencies. They merely make a profit by hosting fantasy games on their website. Initially, they tried Google AdSense, but they have since stopped doing so in order to provide their users with a simple and fast user experience. Do you know that only 10% of Dream11 players participate in paying contests?

This is significant because converting a free user to a paying user is difficult and expensive. Dream11 was the first app in India to launch a private fantasy gaming app. It supports all three types of gaming methods (that is freemium, premium and private) for fantasy sports players to earn money.

They charge a fee of more than 20% of the total amount earned in a grand or small league. Any contest you enter has a set commission. Other websites, such as Halaplay or MyTeam11, have very low commissions. They don't even charge for private competitions. But why do people continue to choose Dream11? When you're playing with mates or teams, having the freedom to make your own customized contest (for example- you can form your own cricket teams) is ideal. Even then, you must pay dream11 a minimum of 20% in fees. So they're making money while you're having fun with your game.

The revenue model of Dream11 primarily works on two levels.

Being India's number one online gaming platform did not come without hurdles. First of them was the legal challenges, particularly because of its similarity to gambling, which is largely illegal in India. This made the company go through court allegations but the judiciary ruled that fantasy gaming is a game of skills rather than chances or probabilities. The industry, though growing at an ever-increasing speed, is at a self-regulatory phase.

It didn't have a lot of money at first. Dream11 began its fantasy sports business with only a few thousand dollars, but it quickly expanded and required a series of angel investor investments. The amount of money needed to run the company was extremely high. But, thanks to their negotiating abilities, they were able to find some decent investment opportunities and are almost done.

Few challenges it found were:

Dream11 has raised 8 rounds of funding till date to mop up $785 million, as per July 30, 2021. The company joined the Indian unicorn club in April 2019 with an investment from Steadview Capital. Dream11 is backed by huge firms like Kalaari Capital, Chinese internet giant Tencent, Think Investments and Multiples Equity.

Dream11 funding and investors details are as follows-

Sporta Technologies, the parent company of Dream11 is eyeing for a fresh investment round to raise around $12.5 million (around Rs 90 crores), according to the reports dated September 4, 2021. Dream11's parent has filed to allot a total of 2,933 equity shares at a premium of Rs 3,09,313 each per equity share for Rs 90,72,44,359 to Antordaya Commercial and Holdings Private Limited.

Dream11 has raised $400 million in its recent fundraising round of March 24, 2021, which shot the total valuation of the company to $5 billion. The company has almost doubled its valuation within just 6 months, according to March reports.

The company reported around 75 million users before the pandemic broke out. The pandemic struck Dream11 hard, which resulted in canceled matches and dropping revenues. However, situations bettered since July 2020, and the revenues started coming again. The company registered 100 million users in 2020.

Though the company has witnessed quite a growth post-Covid, it is still 80% of the growth it showed before the pandemic, as reported on March 2021.

The company is further expected to raise around $400 million at a valuation of $8.5 billion in the upcoming months from a bunch of both new and old investors.

Looking at the expenses, Dream11 has spent around $253.76 mn (Rs 1867.60 crores) during DY20, which surged by nearly 99% from $126.94 mn (Rs 934.4 crores), the total expenditure of the company during FY19. Dream11 spent a whopping $180.42 mn (Rs 1,328.02 Cr) on its advertisement and promotional activities, which was followed by expenses on Information technology, employee benefits, and others. On a unit level, it can be observed that the company spent Rs 0.9 to earn a single rupee of operating revenue, which was an improvement from the last year, FY19, when the company spent Rs 1.2 spent to earn the same.

Here are some of the partnerships that Dream11 forged throughout the years:

Fantasy gaming in India is at such a boom that it wouldn't be wrong to say that there are new entrants every day in the market. With Dream11 being number one in the industry there are close to 60 other online gaming platforms operating in the same genre. Some of them include FanMojo, Mobile Premier League, Ballebaaz, HalaPlay, Gaming Monk, etc.

Who are the founders of Dream11?

Dream11 was co-founded by Harsh Jain and Bhavit Sheth in 2008.

Who is the owner of Dream11?

Dream Sports is the owner and parent company of Dream11. Dream Sports is a sports technology company whose portfolio includes brands including Dream11, FanCode, DreamX, DreamSetGo, and Dream Pay.

Dream11 started in which year?

Who are the Top Competitors of Dream11?

With Dream11 being number one in the industry there are close to 60 other online gaming platforms operating in the same genre. Some of them include FanMojo, Mobile Premier League, Ballebaaz, HalaPlay, Gaming Monk, etc.

How much is the revenue of Dream11?

Dream11 is an Indian fantasy sports platform. Tencent, A Chinese Conglomerate has a 10% stake in Dream11.

Is Dream11 legal and safe?

Yes, millions of people are playing paid leagues on Dream11. It is absolutely safe and legal way to earn money. Dream11 is largest fantasy website in India having more that 1.1 crore players. 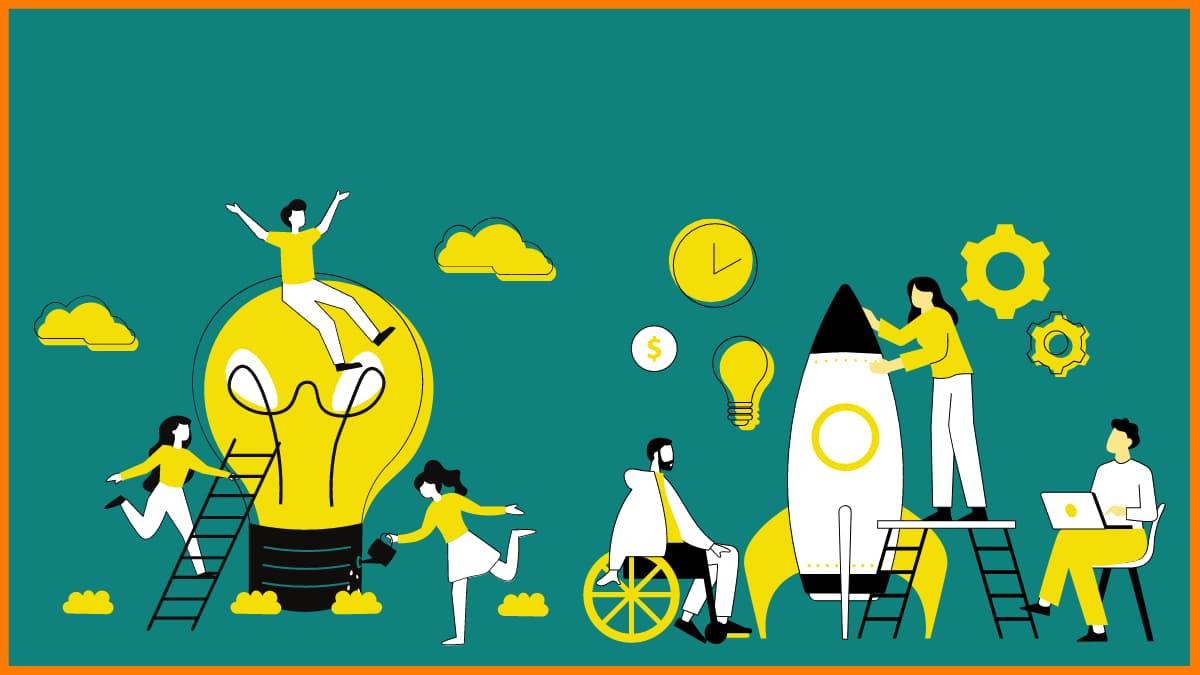 Success Story of EaseMyTrip - Traveling Made Easy and Convenient