How Gillette Became The Most Used Razor Blade In India? 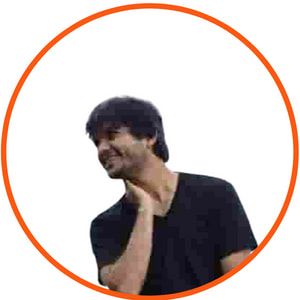 Gillette is one such brand that you have most definitely heard of, through your parents or in your friend circle. Over the years, Gillette has managed to become a common household name thanks to its popularity across all demographics. I have personally seen my grandfather use the same Gillette brand, which my dad has been fond of too for ages. So Gillette has been a part of this hierarchical journey in my family and is being passed on for three generations and would most probably be in use by the fourth generation soon.

Although Gillette is an American brand that sells personal care products, including shaving supplies, a large sum of customer base and profits comes from India. Gillette has an approximate global brand value of around 7.55 billion U.S. dollars. The Gillette Company was founded in Boston, Massachusetts, United States, by King C. Gillette in 1901 as a safety razor manufacturer. King Camp Gillette was a salesman and investor who came up with the idea of disposable safety razor blades way back in 1895.

Gillette entered Indian markets in 1984 when it was bought by Procter & Gamble. Gillette had to tackle and overcome various problems if they had to survive in India. The company's main hurdle wasn't any brand or competition. Instead, it was the Indian mindset that had to be changed. Gillette has only started its advertising journey in the late 2000s and has believed solely in providing high-quality, uber premium, and longer-lasting products. Midinstead low-income Indian customers would hesitate to get their hands on any Gillette's premium double-edges shaving system products as they were priced at premium rates and would rather get the same shaving services by any local barber at a nominal price.

Concerns such as it were time-consuming, caused skin irritation, and was an unpleasant experience were the main highlighted reasons which were found after extensive consumer research. Over the years, Gillette evolved and moulded itself to adjust to this weird Indian terrain and tried to educate Indians regarding grooming products. Gillette's top ten competitors are:

Only a handful of Indians know about these brands, this is the current hold which the brand has over the Indian market.

Gillette usually relies on extensive market research and development in order to cater to a global customer base through a single product. Still, this approach was bound to fail in India, and therefore the company dropped this worldwide strategy and instead focused on India as a whole and soon after saw dramatic growth in market share. Gillette launched various campaigns in India to make people think over specific questions like:- Are clean-shaven men more successful? Did the nation prefer clean-shaven celebrities? And the big one: do women prefer clean-shaven men? It's questions like these that made men think over their choices and consciously make an effort to look better.

Upon research, Gillette came to an understanding that customers want not only affordable products but also safe and easy to use products, and Gillette was able to deliver just that in October 2010 when it launched Gillette Guard, which was the first product created for the Indian market, pricing at just 15rs per razor and 5rs for the refill cartridge.

It had of a kind and unique tagline.

"The best a man can get" is known to most people as it's unique and evokes a feeling of responsibility. It focuses on individuals trying to be the best version of themselves by making the right move and choosing Gillette. Gillette also played around the survey, which suggested that men who groom themselves and take care of their hygiene are looked at as more responsible, attractive and of higher status.

Additionally, getting young Indian celebrities ranging from film actors and actresses to athletes also helped them build a company image and cater to a younger consumer base. The advertising and marketing department of Gillette also did a fabulous job of making ad films, such as the one with an army official talking about his close call during the war and proudly boasting his 7-inch battle scar and gliding his Gillette blade over it without any hesitation. It is because of advertising like this that the brand image and its perception have been absolutely top-notch and unshakeable.

Gillette could very well have been one of many international brands which tried and failed to adapt in the Indian market, but what helped Gillett was their open-minded and flexible approach. Gillette's business model in India shows that they dropped the idea and approach of a "one-size-fits-all strategy" wherein they would mass-produce a product and sell it globally.

They took their time and contributed it to research and development for the future of Gillette in India. Gillette spent time, money, and resources in trying to understand the Indian market and customers’ wants and needs. This understanding helped Gillette innovate and develop new and improved products and various unique methods of communication to engage and attract new and existing customers.

Future of Gillette in India

The company is showing no signs of stopping or even slowing down anytime soon with their market share as huge as it is, no other brand is even in close comparison to Gillette. The brand keeps on coming up with new and improved ideas for marketing and advertising, with the recent one including rising young talents of the Indian cricket team. The company's ever-evolving strategy and ability to adapt in any situation helps them keep a clean and smooth track and glide across smoothly. Because of this approach from Gillette, it is not only dominant in India, but it is completely dominating across the world.

Which is the best Gillette razor in India?

Gillette Mach 3 Turbo is the most trusted razor in India.

Who are Gillette competitors?

The top 10 competitors in Gillette's competitive set are:

How did Gillette enter India?

Gillette was launched in February 1993 with the launch of Gillette Shaving Products in India.

What was the firstly launched product of Gillette in India?

Anurag Gade
Every time the bell rings, an angel gets his wings!! If you have anything to share on our platform, please reach out to me at story@startuptalky.com