Company Profile is an initiative by StartupTalky to publish verified information on different startups and organizations. The content in this post has been approved by Godrej.

The conglomerate industries are those that own many smaller firms that operate in different production of goods like medicines, food, apparel, household goods, kitchen appliances, etc. We are all aware that India houses many such conglomerate companies.

It is quite fascinating to see how these companies operate so many businesses. While they are engaged in such businesses, what exactly is the reason for them to do so? The answer is they want to lower the business risks by decreasing the dependence on just a single product or market for that matter.

Godrej, the brand we all know, is an Indian multinational conglomerate that was founded in 1897, almost, 125 years ago. The persons behind Godrej's establishment are Ardeshir Godrej and Pirojsha Burjorji Godrej.

As a conglomerate company, Godrej is engaged in many businesses like - consumer goods, real estate, furniture, industrial engineering, appliances, security, and agricultural products.

To know more about the company, Godrej, read on to uncover its startup story, founders, business and revenue model, the challenges faced, investors, competitors, and more.

Godrej was established before India got its independence. The company was founded in 1897 by Ardeshir Godrej and Pirojsha Burjorji Godrej. Today, around 1.1 billion people worldwide support Godrej's businesses in a variety of industries. The company's geographic influence actually goes beyond Earth because a lot of India's space projects are currently powered by its engines.

Godrej has a turnover nearing Rs 70 billion at the end of the fiscal year 2022. The corporation works in a variety of industries, including agriculture, consumer goods, industrial engineering, real estate, appliances, and furniture. Its affiliates and subsidiaries include the private holding firm Godrej & Boyce Mfg. Co. Ltd., Godrej Consumer Products, Godrej Agrovet, and Godrej Properties, as well as Godrej Industries and its subsidiaries.

For Godrej, the core of everything is its people. They take great satisfaction in cultivating a culture of high performance and agility in the workplace. Additionally, Godrej has a strong commitment to valuing and recognizing diversity among its employees.

Godrej was founded by Ardeshir Godrej and Pirojsha Burjorji Godrej in 1897.

The first of Burjorji and Dosibai Gootherajee's six children, Ardeshir Burjorji Sorabji Godrej was born in 1868. The Gootherajees were a prosperous Parsi-Zoroastrian family from Mumbai, and Burjorji and Sorabji, Ardeshir's father and grandfather, were real estate brokers. His father changed the family name to Godrej in January 1871. Ardeshir with his brother Pirojsha co-founded the Godrej Brothers Company, which today is known as the Godrej Group. Ardeshir wed Bachu (Bachubai) in 1890, who had just turned 18 years old.

Priojsha Burjorji Godrej is the brother of Ardeshir Burjorji Godrej and a son of Burjorji Godrej. Projsha and his brother Ardeshir established the Godrej Group, an international business. At the age of 24, shortly after receiving his diploma from Mumbai's Victoria Jubilee Technical Institute, Pirojsha joined the company.  Due to the flu outbreak, Pirojsha's young wife Soonabai passed away in Mussoorie. He had three sons Sohrab, Burjor, and Naval, and one daughter called Dosa. In the Mumbai suburbs, the industrial township of Pirojshanagar bears his name. The Godrej Group is currently led by Pirojsha's grandchildren Adi, Nadir, and Jamshyd.

After being established in 1897, a few years later, Godrej started by introducing Chavi, the first animal-fat-free soap ever produced in the world. In 1922, renowned figures like Annie Besant and Rabindranath Tagore came in support of Godrej's products.

In a letter to a rival seeking a favor, Mahatma Gandhi wrote: "I hold my brother Godrej in such high respect that if your endeavor is going to injure him in any way, I regret very much that I cannot grant you my blessings.

Godrej then launches furniture with almirahs (steel cupboards) after locks and soap in 1923. On the day of Indian Independence in 1952, Cinthol is introduced by Godrej, which makes them by ranking as the second-largest soap manufacturer in India. In 1958, refrigerators are launched by the company.

In the 1990s, by founding Godrej Properties, the company introduced the Group's culture of innovation and excellence to the Indian real estate sector. After one year, the company steps into agribusiness by establishing Godrej Agrovet. In 1997, Godrej completes 100 years of its existence as a group.

With the introduction of Godrej Nature's Basket, Godrej enter the gourmet retail market in 2005. With over 30 premium outlets, the company is currently India's top shopping destination for fine goods from around the world. In 2008, India becomes the fifth country to deploy an unmanned mission to the moon with Chandrayaan-1. The company takes pride in the engineering know-how and contributions to the construction of the mission's launch vehicle and lunar orbiter.

Around 2010, Godrej strives to create a more 'green' and 'good' environment for the country. On India's first Mars mission, Godrej is honored to work with the Indian Space Research Organization. The Polar Satellite Launch Vehicle is powered by Godrej Aerospace engines.

Godrej delivers the 95-meter-tall Continuous Catalytic Regeneration reactor for Nigeria's Dangote Oil Refinery in 2019, the tallest in the world. It is said to be greater in height than the Qutub Minar.

Godrej's mission statement says, "Our passion and purpose is to make a difference through our 'Good & Green' approach to create a more inclusive and greener India."

The vision of Godrej is "Godrej in every home and workplace."

The tagline of Godrej is, "Brighter Living"

Initially, the company was started with the name, Godrej Brothers Company, and later on, was changed to Godrej Group.

Godrej is a conglomerate company, whose business model consists of different types of businesses.

The company has over 200+ Liquid Propulsion Engines for launch vehicles with 600+ thrusters for satellites with an experience of 50+ years of machine-building experience. They are currently working on civil aviation projects with major international companies like Honeywell, GE, Rolls Royce, Boeing, and Safran.

They have broadened their product line to include specialty goods with added value, and export to more than 80 nations in North and South America, Asia, Europe, Australia, and Africa. Godrej is one of India's leading oleochemicals players, manufacturing and marketing over 100 key chemicals.

Godrej offers financial services like loans against property and home loans with Godrej Capital Limited as the holding entity for Godrej Housing Finance (an HFC) and Godrej Finance Limited (an NBFC).

With Godrej Process Equipment, the company has ranked as the world's top process equipment fabricator.

The company is the market leader in India for hair color (with Godrej Expert, Godrej Professional, Nupur, and BBLUNT) and ethnic hair color in Sub-Saharan Africa (with Inecto), as well as one of the top companies in Latin America. Their portfolio includes the legendary Darling brand, among other brands (with Illicit, Issue, and Roby). Along with this, Godrej shares the number two spot in the Indian soap market with Godrej No. 1 and Cinthol and holds the top spot in the air freshener market in both India (with Aer) and Indonesia (with Stella). Along with Ezee, they are also the market leaders for liquid detergents in India and wet tissues in Indonesia (with Mitu). Its home and personal care business is operated under its subsidiary company - Godrej Consumer Products Limited (GCPL).

With the www.godrejinfotech.com website, Godrej offers a wide range of IT services with digital and technological solutions, implementation and Global Rollout, Application support & maintenance, Mobile Development, and Training.

Offering in India and beyond in South East Asia, Europe, and the Middle East, Godrej serves Intra-logistics services. From pharmaceuticals, chemicals, agrochemicals, food, and beverages to textiles, paper, paints, automotive, railways, and defense, they provide services to a variety of industries.

One of the biggest publicly traded real estate companies in the nation, Godrej Properties has a diverse portfolio that includes commercial, residential, and mixed-use developments distributed across India's major cities. The Godrej Group's innovation, sustainability, and excellence-focused philosophies are brought to the real estate sector by Godrej Properties. Each of its developments combines a dedication to cutting-edge design and technology with the Group's history of excellence and trust.

Godrej has commissioned more than 25 substations and 300 km of 400kV transmission lines have been put into service. Over 16 lakh households in 20,000 villages and 56 major areas in India have been electrified as a result of these programs, which have also installed millions of solar panels to produce renewable energy.

From the classic Navtal lock, Godrej offers have developed into high-end, all-encompassing security systems that today protect millions of homes, workplaces, and the locations of illustrious organizations like the Reserve Bank of India, the Taj Mahal, and other significant national organizations. It has benefited more than 1.5 million customers in 65 countries. The company owns an 80% retail market share in home security.

It was reported that Godrej generated nearly Rs 70 billion in revenue in 2022.

The company's half of its revenue is in the FMCG business, which comes from its international businesses in three emerging markets - Asia, Africa, and Latin America, across three categories - home care, personal wash, and hair care.

Godrej Consumer Products generated around Rs 12,366 crores in revenue in 2022.

Godrej Consumer Products Limited (GCPL), faced some challenges after five of its eight operations were acquired in 2021. GCPL has a 51% stake in the African hair care firm Darling Group Holdings.

The company struggled to keep up with the emerging demands of the consumer market as the company aims to be a global market in consumer goods. The company believes that local manufacturers of consumer goods are searching for fresher markets abroad as domestic rivalry heats up to fill voids or categories currently occupied by international corporations.

Godrej stated in 2015 that it has acquired a 100 percent equity investment in the South African company Frika Hair.

With a huge number of followers on its social media pages, Godrej plays like a mastermind when it comes to advertisements and social media campaigns.

One of India's top real estate developers, Godrej Properties Ltd. (GPL), announced the beginning of its digital brand campaign, #EverydayJoys- Jahaan Khushiyan Badi Hoti Hai. The advertising highlights GPL's mission to build communities, families, and homes that enable everyday joys one at a time. The campaign was launched in November 2021.

Three digital video advertisements were produced by the company to showcase the beauty of typical family moments that we all enjoy at home. They serve to emphasize how a central home is to most of our favorite recollections. These three movies strive to portray the ideal family moments, daily routines, and favorite spots that everyone has at home.

The list of awards and achievements won by Godrej are:

The top competitors of Godrej are:

Recently, Godrej Properties' net profit tripled to Rs 45.55 crores in the April-June quarter this month. The company plans to deliver over 10 million sq ft in the coming FY23. According to Godrej, the company anticipates a robust launch pipeline this year, which will include both new projects and new phases of ongoing projects in several cities. In the June quarter, three projects were launched.

Is Godrej a private company?

The company is largely owned by the Godrej family.

Who is the current CEO of Godrej?

Sudhir Sitapati is the current CEO and MD of Godrej.

Is Godrej an MNC?

Yes. Godrej is a multinational company based out of India. 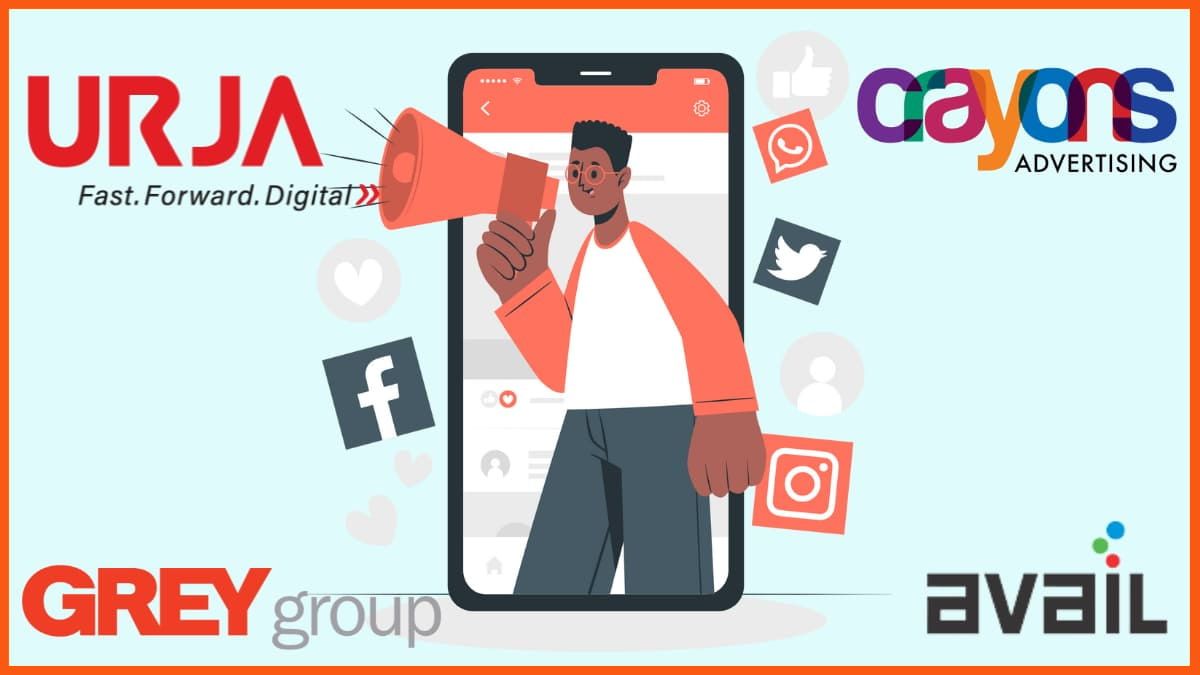