12 Unknown and Interesting Facts about Infosys 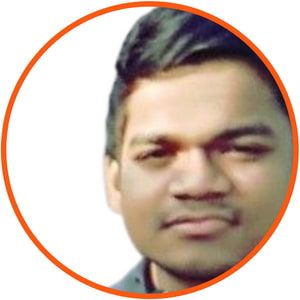 Infosys has grown from humble beginnings to a huge company. It was established in 1981 in Pune by Mr. Narayan Murthy. Today Infosys has a revenue of US$14 billion. Today it is one of the largest recruiters for IT services. It is fueling millions of young dreams today in India and around the world. Infosys is recognized for its exemplary services in IT throughout the world.

Every year, it trains and gives employment to 20 lakh people around the globe. But behind these glories, there are many facts hidden which you might find inspiring or unique. So without any further ado lets look at the facts of Infosys.

Infosys started with funding from Mrs. Sudha Murthy
Infosys was almost closed
First Indian company to be listed in Nasdaq
Infosys has the world's largest training center at Mysore
Infosys had no computers until 2 years
The First Official Employee of Infosys was N S Raghavan
Infosys IPO was undersubscribed
Infosys subsidiary caters to 1 million people
Infosys foundation does incredible philanthropy
First Company to implement E-sop systems
Infosys's has a huge empire
Mr. Narayana Murthy tried to set up another startup before Infosys
FAQ

Mr. Narayana Murthy the founder of Infosys borrowed rupees 10,000 from his wife Sudha Murthy who was an engineer at Tata Steel. The first startup of Mr. Narayana Murthy, Softronics had failed and he was left with no money.

In the year 1989, Infosys was going through a lot of problems as its partner Kurt Salmon Associates collapsed. This was a US-based company and had collapsed due to some problems. There was a problem among the co-founders. Ashok Arora one of the co-founders also quit the company. At this point Mr. Narayan Murthy stepped in and took charge and united the rest of the co-founders and led the company further.

First Indian company to be listed in Nasdaq

Infosys had touched the 100 million mark in the year 1999. This led it to be listed in Nasdaq, the premier global share marketplace. At that time it was the first Indian company to achieve this success. According to Nasdaq, it was among the 20 biggest companies in terms of market capitalization.

Infosys has the world's largest training center at Mysore

Infosys is known for the training it provides to its employees. In Mysore, it has a huge training center with 200 classrooms, 400 gyms swimming pools, multiplex, and much more. It occupies around 370 acres of land and is considered the largest in the world.

Infosys had no computers until 2 years

The First Official Employee of Infosys was N S Raghavan

The first official employee who was recruited into Infosys was NS Raghavan. It was not Mr. Narayana Murthy. As Mr. Murthy was finishing some of his pending assignments in Patni Computers (his former employer) he could not join Infosys first.

In 1993, there was a huge financial scam in this country. Even after this Infosys went ahead and released its shares into the market. The share which is considered one of the best and most reliable shares was then undersubscribed by 13%. The value for Infosys share then was 95 rupees in 1993 and the cost of Infosys share now is Rs 1470.

One of Infosys's subsidiaries Finacle caters to 1 million people. It is a banking solution that is used by over 1 million banks. This is a cutting-edge technology software that caters to every function in banking.

Infosys foundation was founded in 1996. Today it does huge philanthropy and service to the nations. The Infosys Foundation has built 2500 houses for the homeless. It has also set up more than 15,000 restrooms, 60,000 libraries. Apart from that, they have also set up relief houses in flood-affected areas. The foundation also gives 73 lakhs to honor outstanding scientists.

Infosys's has a huge empire

Today Infosys is a huge company and has more than 2 lakh employees. Its revenue is US$14 billion today. This company is now the 4th largest company in India. It has market capitalization of $100 bn. In 2019 Forbes listed it as 3rd World's Best Regarded Companies for 2019.

Mr. Narayana Murthy tried to set up another startup before Infosys

Mr. Narayan Murthy had set up another startup before setting up Infosys. The name of the company was Softronics. It was basically a consulting firm but this did not run very well and thus had to stop its operation soon. After that, he made his second entrepreneurial attempt in Infosys.

These were some of the unknown facts regarding Infosys. You might have also known some of the facts from before. In these facts is embedded the amount of hardships and hurdles they went through before becoming so huge.

Who is the founder of Infosys?

Who is current CEO of Infosys?

Salil Parekh is the current CEO of Infosys.

What is the revenue of Infosys?