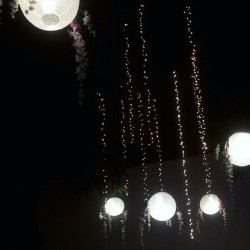 Myspace, launched in 2004, was one of the biggest social media giants of the early 2000s. However, it failed miserably. What happened? Was it running in loss, was it facing stiff competition from Facebook, was it about the acquisition from News Corp, was it the legal battles, etc. We are here to decode the probable reasons for the failure of Myspace and why it couldn't compete with Facebook. Let us first see the introduction of this social networking site called Myspace.

What is Myspace?
Why Was Myspace So Popular?
What Was the Reason Behind Mindspace’s Failure?
The Acquisition of Myspace (Road to Its Downfall)
Does Myspace Still Exist?

MySpace was extremely unfortunate or rather went weak because Facebook, with its cutting-edge features like the uber-cool and updated news feed, quickly outperformed it and never looked back. However, this does not mean that Facebook’s emergence was the sole cause of Myspace’s downfall.

It is also reported that the company’s administration and management were extremely poor which aided in putting the final nail in the coffin.

Why Was Myspace So Popular?

The meaning of social media has evolved a lot in the current times. We’ve evolved to be real and fearless on social media because it is one of the other worlds we live in. However back then it wasn’t like this, people were not easily open on social media platforms. They feared being online.

To engage with other users, Myspace users would construct web pages for their profiles that showcased their interests. Instead of using their real identities on Myspace (as opposed to Facebook), users frequently used a made-up nickname.

Users could post blogs, participate in forums, follow official accounts, and connect with friends in addition to interacting with friends. The primary goal of Myspace was to promote other musicians.

Users could even listen to music and discuss them with others in a special section of the website. Later on, it added a classifieds and video area, which ended up being a smash hit, to compete with sites like Craigslist and YouTube.

Myspace took huge steps in the advertisement and marketing industry and signed big deals with Google and hit record stats as well. Myspace was having a gala time in the next months of its launch.

What Was the Reason Behind Mindspace’s Failure?

Even though, we see that Myspace was launched back in the early 2000s when there were no or negligible competitors in this market. And of course, the site attained heights of success too.

MySpace's popularity can be credited to easy accessibility and synchronicity. The website was one of the earliest social media platforms when it was introduced in 2003. It was preceded by Friendster, which was also well-liked at the time. However, as a consequence of technological issues and an overabundance of targeted advertisements, Friendster's popularity decreased.

MySpace made it more convenient and was open to all users, allowed them to personalize their pages, and periodically added new features in response to user demands.

Additionally, it served as a kind of forerunner to contemporary influencers by attracting a lot of creative individuals and enabling brand and user interaction. But as Facebook was launched, people got a wider platform with better facilities. People had the facility of making accounts with their real names and could use their real details, and photos which made them feel more connected with the outer world.

On the contrary, it was the opposite on Myspace where people used fictitious names and photos which was not only harmful but the sense of connection was absent. Hence, Facebook was a whole new evolution. As a result, the majority of the users shifted to Facebook or rather made accounts there as well and with time forgot about Myspace being an online space.

The Acquisition of Myspace (Road to Its Downfall)

The media behemoth News Corporation was interested in MySpace because of its popularity and purchased it for $580 million in 2005. MySpace was initially convinced by New Corp that nothing will ever radically change and that this would play a passive role in the growth of the company.

MySpace was acquired with a new objective in mind. The need to increase sales was now more critical. MySpace was consequently deluged with aggressive advertisements, many of which directed users to suspicious pages requesting that they join up for credit card payments and other services.

As portions were built to try and produce income that would fulfill News Corp's impossible targets, money was drained from developer resources. In the end, users left the site for others because the community's needs and the usability of the platform weren't prioritised.

Not only this but online harassment and bullying became a common thing after Myspace started focussing on News Corporations’ objectives more. There were severe cases of sex offenders trying to harass small children online. This not only raised questions on social media regulation but also harmed the reputation of Myspace as a safe space.

The anger raged when there were suicide cases due to online harassment and money-draining people. There were many cases and lawsuits against Myspace and it couldn’t handle them well. Raged people complained that they did not want their children to be a part of such a platform which could induce negativity and leads to suicidal activities.

Today when various social networking platforms exist, where is Myspace? Myspace has been attempting to increase its efforts in the music industry ever since. It occasionally adds new music features, collaborations, and so on. It still exists as a social media site but it is primarily dedicated to music.

Despite multiple rebranding attempts, MySpace hasn't ever come close to winning back what it used to have, and News Corp sold MySpace to Time Inc in 2011 for an undisclosed sum, originally supposed to be $35 million.

The site still exists as a music-focused social media platform, but it is typically much smaller and nowhere near the powerhouse it once was. In 2019, it had to make a public apology for losing 12 years of online content matter during a server migration.

All this accounts for Myspaces’ fateful failure and the position it is in today. The platform could have performed better had it focussed on its sole purpose of connecting people instead of generating revenue from ads etc.

How did myspace fail to adapt?

Mindspace had aggressive ads, it had a clumsy website design and the social media didn't add new features.

There were many legal battles against myspace as people misused the platform to harass or bully others.

Mahima Sinha
Have something interesting to share on our site? Reach out at story@startuptalky.com

WeWork Case Study: A Fall From the Pinnacle of Success

Why Did Yepme Fail? | Reasons for Yepme’s Failure

Nov 2, 2022
Kinnary Nensee Kinnary Nensee
Great! Next, complete checkout for full access to StartupTalky.
Welcome back! You've successfully signed in.
You've successfully subscribed to StartupTalky.
Success! Your account is fully activated, you now have access to all content.
Success! Your billing info has been updated.
Your billing was not updated.