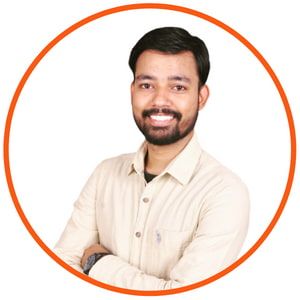 Technological growth and affordable equipment have devised a new scheme of learning in this modern world. They have refreshed our education system and made learning easy, simple, and interesting. This change in the system seems so quick, that in the near future, students might no longer carry books and they will have an option to learn from anywhere anytime.

The recent Covid-19 pandemic has turned out to be a trial run for this change. In fact, it boosted the process of up-gradation in learning. Many EdTech startups have been started in the past couple of years. With perfect execution and quality content, these startups have a bright and secure future.

Physics Wallah (PW) is one of those many startups that flourished during the pandemic. The passion for teaching has pushed the founder to start a YouTube channel that has today become the 101st Unicorn of India. The story of Physics Wallah and its founder Alakh Pandey is very inspiring. The below article portrays their success story, growth, funding, hardships and how it turned into a Unicorn despite the challenges.

Physics Wallah is an EdTech startup founded in 2014 by Alakh Pandey. It is an e-learning platform that offers quality learning experiences at an affordable cost. This startup provides lectures and solutions on various subjects for students between classes 6 and 12, JEE, NEET, and various other entrance exams. Physics Wallah presents both live and scheduled lectures along with doubt-solving sessions, and structured materials and helps students evaluate themselves through tests.

Started as a YouTube Channel, Physics Wallah, as of today, has mentored over 6 million students and has over 13,700 video lectures on its platform. Offering both free and paid batches, Physics Wallah has gained the reputation of lakhs of students through experienced and quality coaching.

Physics Wallah belongs to the EdTech industry. The EdTech industry’s growth in India can be narrowed down to the past decade. Their growth has been too rapid in recent years. Statistics reveal that between 2014 and 2019, around 4,450 EdTech startups have sprouted in the country. The current size of the EdTech market is estimated to be $750 million in 2020. This might boom to reach a whopping $4 billion in the next five years.

The funding and other investments into these startups have increased 32 times in the past decade. The EdTech industry will replace offline learning in the long run. But experts and VCs say that, for a decade or at least two, the omnichannel way of learning (both online and offline) will hold the crown.

Alakh Pandey and Prateek Maheshwari are the founders of Physics Wallah.

Alakh Pandey is the founder and CEO of Physics Wallah. He was born on October 2, 1991, in Prayagraj Uttar Pradesh. Pandey always had a love for teaching since his school days. He wanted to be an IITian but couldn’t clear his entrance exam. Pandey was also a college dropout and started his career as a physics teacher in a coaching institute. He wanted to give the best learning experience to students at an affordable cost.

Flaunt your startup with StartupTalky

800+ stories, thousands of founders, and millions of visitors. Want to be the next?

StartupTalky is where founders, entrepreneurs, startups and businesses hang out and look up to for inspiration. If you have the means, we have the medium! Inviting founders and startups who are building sustainable solutions from ground zero! Startups who run the show, StartupTalky will let the world know!

After dropping out of college, Alakh Pandey’s love for teaching pulled him toward a coaching institute in Allahabad. There he groomed himself as a teacher. His style of teaching received a huge reception and the Physics he taught was loved by everyone. So, with the idea of reaching more students, Alakh Pandey started a YouTube channel named ‘Physics Wallah’ in 2016. This is where the seed for PW was sowed and the startup started to germinate.

Alakh Pandey’s popular physics classes were the reason for the name ‘Physics Wallah’. He named his YouTube channel behind the said reason in 2016. Later, ‘Physics Wallah’ became his brand identity and stayed as the name of the startup.

Physics Wallah’s business is to offer lectures and train students in various classes either online or offline or both. It also provides coaching for national-level entrance exams for students.

Physics Wallah’s revenue comes through YouTube ads. Also, there is an optional subscription plan that gives access to exclusive doubt-solving sessions. In addition to it, PW offers courses, lectures, and materials for a price. The cost depends on the level or course or the plan chosen by the students.

Physics Wallah was bootstrapped until 2022 for six years since its inception as a YouTube channel. In fact, Alakh Pandey used his revenue from YouTube to register the company and develop the PW app in 2020. Physics Wallah’s finances worked this way until a breakthrough happened in June 2022. The startup went through Series A funding on 7th June 2022 and received $100 million from Westbridge Capital and GSV Ventures. This maiden funding round made Physics Wallah a Unicorn and its valuation reached $1.1 billion post-funding.

Despite a slow start in the first year, Pandey quit his job at the coaching centre in 2017 to turn into a full-time YouTuber. The channel started slowly picking up and by 2019, it had 2 million subscribers. When the country entered lockdown due to the Covid-19 pandemic, the demand for Physics Wallah grew higher and higher.

As a result, Alakh Pandey decided to expand his platform and started an application for online lectures. The startup also provides both offline and online classes for students by the name PW Pathshala. Today, more than 60 lakhs of students have learned from Physics Wallah. This startup has 16 PW Pathshala centres and 1,500 staff out of which 300 are teachers. It aims at providing the best learning experience for students.

Kota is famous for housing coaching centres for the preparation of medical and engineering students. PhysicsWallah’s offline centre is also designed in much the same way and will be enrolling 11th and 12th-grade students who are planning to prepare for their JEE and NEET exams. The unicorn edtech startup revealed that the student-teacher ratio of each class will be 125:1.

During the launch of the Physics Wallah app in May 2020, the app crashed due to heavy traffic. The sudden hit of more than 2 lakh students into the app created this crash. As the web traffic continued, it took weeks for the technical glitch to be fixed. Alakh Pandey was afraid that the students might feel cheated as they have paid for the classes. But the reputation he had earned during the years made the students trust him and come back once everything was fixed.

The next challenge arose in 2021 when the rivals started throwing stones at the company. Unacademy offered Rs 75 crore to Alakh Pandey which he immediately refused. Then the rivals started poaching the PW staff and a lot of them left the company within a short period of time. Then with the support of students and his never-give-up attitude, Pandey came back strong and took the company to a Unicorn status following Byju’s, Unacademy, Vedantu and a few more in the EdTech industry.

Physics Wallah plans to open more offline centres and introduce more courses alongside enhancing its online platform. Also, the company plans to expand its content to nine vernacular Indian languages like Gujarati, Malayalam, Tamil, Telugu, Kannada and a few more. This would expand the student base of Physics Wallah, which could be estimated at around 250 million by 2025.

What is Physics Wallah?

Physics Wallah is an e-learning platform that offers quality lectures and learning experiences for students at an affordable cost.

Who are the founders of Physics Wallah?

Alakh Pandey and Prateek Maheshwari are the founders of Physics Wallah.

What is the valuation of Physics Wallah?

Who are the investors of Physics Wallah?

Westbridge Capital and GSV Ventures are the two investors of the company.