How Brands Use Surrogate Advertising to Promote Banned Products? 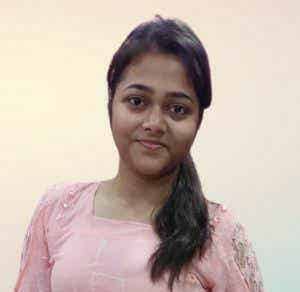 Advertising is the most common and effective method of sales promotion. Advertisements are the best way to generate leads for the sale. But a few products stand out of availing the opportunity of being advertised.

Consumption of certain products such as liquor which causes harm to health, should not be allowed as a result which government has not allowed publicizing such products. So, Surrogate Marketing acts as a solution to such products. Whereby, a product of the same brand other than the main product is advertised. This product acts as the ‘surrogate’ of the original one. This type of advertising method, where another product is advertised as a glimpse under the name of another product usually of the same or similar brand is called Surrogate Advertising. Let's understand the origin and examples to understand surrogate advertising in India in detail.

What is Surrogate Advertising?

Surrogate marketing is a marketing strategy, which is specifically a form of sales promotion strategy used for the branding of products that are generally banned to advertise by the government. The list includes products like alcohol, cigarettes, etc in the market.

These products are preferably advertised indirectly or masked under another product. The brands secretly demonstrate surrogate products to their audience to indirectly promote the banned products.

The housewives in Britain began protesting against liquor advertisements as they believed that such type of brands incites their husbands to consume such products. The protest began to grow at an alarming rate as a result of which, and liquor advertising was banned.

To mitigate the adverse impact of the protest, the brand owners decided to adopt an alternative method to bring such products before the public. They decided to do this the other way round. They started the promotion of some other products of their brands like fruit juices and soda which later emerged as surrogate marketing.

As per the reports of several surveys and interviews, the stats draw inferences that 42 out of 50 people are easily able to recognize the actual product being advertised correctly.

Surrogate Marketing is beneficial to several brands as it is a kind of marketing strategy that helps to market banned products and keep their brand name active in the minds of customers. Surrogate marketing helps companies to sustain themselves in the market.

Listed below are a few ways that brands opt to showcase their surrogate advertising strategy along with a few interesting examples of surrogate marketing.

You must have been interrupted by a series of advertisements in the middle of your favourite T.V. show. Advertising on televisions through videos is the highly opted method of creating brand awareness. All most all marketers use this as their major marketing tool.

Surrogate Marketing also involves the creation of impressive, creative, and attractive advertisements. They are also remembered for their catchy taglines. Take a look at a few examples of surrogate advertising.

Vodka is the main and primary product of this brand. But, there is just a glimpse of the vodka bottle in its video advertisement which prima facie shows Music CDs and studios. The connection between music and liquor, depicted in the video is sufficient for the viewers to comprehend the actual advertisement i.e. people generally prefer listening to music while drinking.

Bagpiper is one of the top whiskey brands in India which shows Water, Soda, and Music in its video advertisement. It also applies a surrogate marketing strategy to sell its product in the name of – Bagpiper Club Soda. The very famous and interesting catchy line “Khub Jamega Rang” is brought up by this brand only.

Rajnigandha sells a wide range of ‘pan masala’. The brand advertises silver cardamom and promotes it as a tobacco-free product. Therefore, it is deceptive sometimes as well.

The “Men will be men” tagline is very popular and attractive. Imperial Blue brand is the one who has brought it. It also uses CDs to eclipse its actual product.

The second most popular way opted as the surrogate marketing technique after video advertisement is sponsoring events and tournaments to promote the banned products indirectly.

Sunburn is a music festival that is celebrated in India. Famous liquor brands including Carlsberg, Kingfisher, and Magic Moments sponsor this event. Music festivals are usually regarded as the colossal platform for Surrogate marketing.

Bacardi NH7 Weekender is a music festival sponsored by Bacardi which is a liquor brand. It is an example of blending music and liquor. It is a famous tagline because of its catchy tagline- ‘When Music kicks into the rescue’.

Certain products like alcohol, tobacco or cigarettes, pose a moral issue and remain deprived of getting an opportunity to be featured on advertising platforms mainly due to the prohibition of marketing imposed on them.

So the only option left with the marketers is to advertise their original product in the disguise of another product of their brand, such method is termed ‘Surrogate Marketing’.

Marketing is necessary to create awareness, increase sales and, sustain the market in the longer run. Without Surrogate Marketing, brands offering controversial products would have no existence in the market. It allows them to sustain themselves in the competitive world, which is the essence of Surrogate Marketing. The customer needs to comprehend and recognize the actual product being advertised and is hidden behind another, then only it can be concluded that this strategy worked well.

Bacardi, Kingfisher, Bagpiper, Rajnigandha, and Imperial Blue are some of the top brands that use surrogate marketing.

What is an example of surrogate advertising?

Why surrogate advertising is important?

Surrogate advertising is important as it helps brands advertise their product that is banned from advertising and indirectly impact consumers buying decisions.

Shruti Kasera
Hi! I am Shruti, pursuing BBA LLB. Apart from this, I like blogging and writing which gives me more exposure and helps me to learn, improve and enhance my skills. Contact - story@startuptalky.com