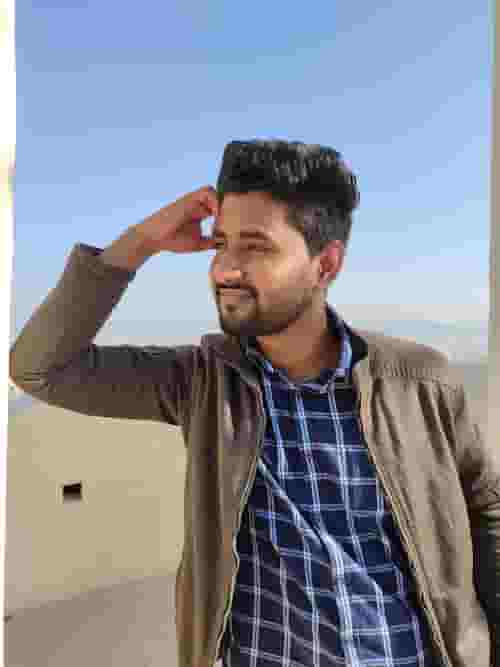 Punit Goenka, MD, and CEO of Zee Entertainment Enterprises Ltd (ZEEL) are in charge of growing the company's foreign footprint to 173 countries and 1.3 billion viewers. His foresight and expertise in the field of new media have propelled the organization to worldwide prominence today.

Punit Goenka examines the media conglomerate's progress in FY2019, the development of digital video viewership, ZEE5's good performance, and much more in his address to ZEEL's shareholders.

The following is a copy of his address:

"FY19 was another year of outstanding overall performance. In a short period, ZEE5 had amazing growth, and our Domestic Broadcast company solidified its leading position. The film and music industries have grown in size thanks to the solid foundation they've laid. International and live enterprises have taken steps to prepare for a new growth phase. The company's operating success resulted in a positive financial outcome. We've had phenomenal growth over the previous few years, but we're aware of the changes taking place around us and the opportunities they bring. We're putting in the work to stay on track and flourish in this changing environment."

By continually increasing its content offering, ZEEL has evolved from a single-channel network to a multi-faceted entertainment content firm. Until recently, television was the primary means of disseminating fresh content to the general public. Our growing industries, such as digital, movies and music, and live events, present us with new touchpoints for reaching consumers as well as access to previously untapped audiences. This has given content consumption new dimensions, allowing us to experiment with new genres of material and build formats tailored to smaller audiences.

To take advantage of this new potential, we have dramatically increased our content efforts. The distribution landscape is developing in tandem with the increasing content repertoire, as audiences consume information across different devices and platforms. We're forming collaborations with new-age content distributors, gadget manufacturers, and other digital actors to expand the reach and engagement of our goods.

In this changing environment, we must adapt our procedures and build new competencies to maintain growth and capitalize on new opportunities. Changes in the television distribution landscape, as well as an increase in the share of direct to consumer firms, particularly digital, provide us more insight into customer favorites. While consumers have always been at the centre of content development, these insights will help us provide better service to them. To harness consumer insights for content production and product design, we're investing in data and analytics capabilities.

Even conventional tasks like marketing and customer service are changing dramatically, and we are preparing our workers to succeed in this new environment.

As the internet's reach expands and consumers spend more time-consuming information, digital video viewership continues to soar. User-generated and TV content, which is funded through advertising, have been the main drivers of development thus far. I believe that the material created by digital platforms will fuel the next phase of growth. The subjects, talent ensembles, and production value of these series set them apart and have piqued the interest of a group of viewers who previously found TV shows to be too slow. Digital platforms will be able to drive subscription models as they scale up their production of original content. Younger audiences, mainly from urban regions, were among the first to adopt SVOD, and digital material reflects their preferences. As more people pay for content, the number of options available will grow to meet the needs of a wide range of users. Bundling of SVOD with telecom and other services, tiered pricing, and payment innovation would be crucial to growing the paid subscriber base in a market with low ARPU and resistance to online payments. Though advertising is presently the primary source of digital money, I believe subscription will become a long-term revenue generator.

In a saturated Indian industry, It is thrilling to see ZEE5 emerge as one of the fastest-growing OTT platforms, with 61 million monthly users within a year of introduction. The strength of ZEE5's content inventory has been the key driver of its growth. The website, which is powered by India's largest television network, is used by millions of people to catch up on their favourite web series and movies. ZEE5 is committed to investing in content to establish SVOD leadership, and it has already established itself as India's largest producer of digital content with over 60 original episodes and movies. Consumers have an additional reason to visit ZEE5, regularly thanks to our growing library of commercial and specialized films in 12 languages. ZEE5 has established itself as the go-to entertainment destination thanks to a vast and differentiated content collection. The significant connections that ZEE5 has with significant participants in the digital ecosystem will help it improve its position even more.

In India, television is the primary source of entertainment and continues to expand in terms of reach and engagement. Although 50 million families have purchased a television set in the last four years, a third of Indians (100 million households) have not, providing an expanded runway for growth. Constantly improving material selections and quality across languages has resulted in an increase in time spent. The new tariff regulation has increased the value proposition of television for customers by allowing them to choose and pay for the programming they want. It also permits broadcasters to set their prices for their material, which encourages innovation. The significant shift in content distribution dynamics posed several difficulties, making the transition to the new regime unequal. However, once the change is complete, all stakeholders will benefit.

The digitization of the distribution space resulted in proper accounting of the subscriber base, and this tariff order ensures that revenue is distributed fairly across the value chain. This increase in transparency will hasten the growth of India's subscription business.

Pitchers Season 2, Tripling Season 3, Humorously Yours Season 3, and other popular titles like Engineering Girls Season 2, The Aam Aadmi Family Season 4 are among ZEE5's exciting and exclusive news seasons of hugely popular and critically renowned TVF shows. ZEE5 will add 13 fascinating TVF series to its AVOD platform, adding to the platform's bouquet of content offers of authentic, relevant, and poignant stories. In addition to the current seasons of the mentioned shows, classics such as Permanent Roommates, Tech Conversations with Dad, Awkward Conversations, PA-Gals, Inmates, Weekends, The Insiders, and Zeroes will be available to anyone.

Which TVF shows will stream over ZEE5?

Who is Punit Goenka?

Punit Goenka is the CEO and MD of Zee Entertainment Enterprises Limited (ZEEL).

Who is the founder of TVF?

Arunabh Kumar is the founder of TVF (The Viral Fever).

Mnish Pushkar
A writer and a Freelancer, myself Manish Pushkar. Curating ideas and thoughts into words is my specialty. Have something interesting to share on our site? Reach out at story@startuptalky.com