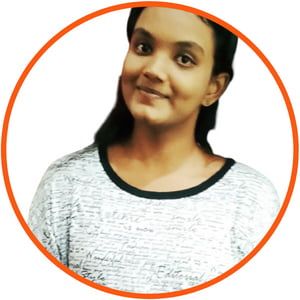 Company Profile is an initiative by StartupTalky to publish verified information on different startups and organizations. The content in this post has been approved by Xiaomi.

‘Quality products at honest pricing’ is almost everyone’s need. Xiaomi has a separate fan base for its high-grade products built with cutting-edge technology at reasonable prices. Xiaomi is a Chinese company that has its major ground in electronics. The company has its presence in over 100 countries and regions and has been hailed as the world's most valued tech startup already in 2014. Xiaomi currently ranks in the 70th position on the Top 100 Most Valuable Global Brands in 2021 by Kantar BrandZ.

Xiaomi Mobiles have also gained much popularity in India, which has only seen growth year on year. The company tops the list of the best-selling phones in India. Xiaomi India even made it to the ‘GUINNESS WORLD RECORDS’ by building the largest light mosaic (logo) in the world. It was set by placing 9,690 bulbs and this momentous work is found on the terrace of Xiaomi’s head office in Bengaluru. Here are some more interesting facts and figures about Xiaomi.

Xiaomi is an electronics company based in Beijing, China. It was founded by Lei Jun in April 2010, and in 2014, Xiaomi was the largest smartphone company in China. Today, Xiaomi is one of the top five smartphone vendors in the world. The smartphone commodities of Xiaomi include different series such as Mi Series, Mi Note Series, Mi Max Series, Mi Mix Series, Mi NoteBook Series, Redmi Series, Blackshark, and Pocophone. Xiaomi has around 291.6 million active users for its MIUI updates. Besides, the company also offers laptops, mobile apps, mobile accessories, wearables, home appliances, and smart-home devices.

Lei Jun is a graduate in computer science from Wuhan University. In 1992, Lei Jun joined Kingsoft, a Chinese software company as an engineer. In 1998, Lei Jun became the CEO of Kingsoft. In December 2007, he resigned from Kingsoft for health-related issues. While he was still working with Kingsoft, Lei Jun founded an online bookstore named Joyo.com. Joyo.com was acquired by Amazon.com in 2004.

After resigning from Kingsoft, Lei Jun became an angel investor and invested in over 20 companies. He still invests in various companies through Shunwei Capital. In 2008, he joined UC Web as Chairman, and in 2010 Lei Jun founded Xiaomi.

Xiaomi co-founder & President Lin Bin is a graduate in radio electronics and holds a rich experience of working with companies like ADP, Microsoft, and Google. Lin Bin is also a member of the board of advisors of Tufts University School of Engineering located in Boston (USA).

Dr. Zhou Guangping, who is a Ph.D. in Electrical Engineering, worked with Motorola and held various pivotal positions in the company before joining Xiaomi. Currently, Dr. Zhou leads the hardware and BSP teams at Xiaomi.

Li Wanqiang is known as one of the earliest UI and HCI experts in China. After completing his graduation in Industrial Engineering in 2000, Mr. Wanqiang joined Kingsoft, where he was leading many important and well-known software projects. In 2010 Wanqiang joined Xiaomi as a co-founder.

Wong Kong-Kat graduated in computer science in 1997 and joined Microsoft, where he worked till 2010. Mr. Wong is now in charge of the Mi wifi and Mi Cloud teams.

Hong Feng holds a post-graduate degree in computer science.  He started his career with Siebel System as a Lead Software Engineer. In 2006, Mr. Hong joined Google as a Senior Software Engineer. Later he also looked after the development of the various localized products of Google (in China) like Google Music and Google Pinyin Input as a Senior Product Manager at Google China. Mr. Hong now looks after the MIUI division at Xiaomi.

Xiaomi co-founder Chuan Wang is a seasoned entrepreneur. In 1997, Mr. Wang founded Thunderstone Technology, which grew to be the largest VOD (Video on Demand) system provider in China. In 2007 Chuan Wang founded a digital book company named Beijing Duokan Technology of which he is currently the CEO. In 2012, Mr. Wang joined Xiaomi as the co-founder and Vice President. Presently he manages the Mi TV and Mi Box teams at Xiaomi.

Flaunt your startup with StartupTalky

800+ stories, thousands of founders, and millions of visitors. Want to be the next?

StartupTalky is where founders, entrepreneurs, startups and businesses hang out and look up to for inspiration. If you have the means, we have the medium! Inviting founders and startups who are building sustainable solutions from ground zero! Startups who run the show, StartupTalky will let the world know!

Lei Jun founded Xiaomi in 2010, as a software company and created MIUI ROM based on Google's Android. The idea behind developing MIUI was to offer more functionalities and a better UI than Android. MIUI indeed got the popularity it deserved. As per reports in March 2020, the MAU ( Monthly Active Users) of MIUI increased to 330.7 million worldwide.

In 2011 Xiaomi entered the hardware segment by launching the Mi One phone. The Xiaomi team's focus has been on creating quality hardware devices and sell them at comparatively lower costs than those available in the market while they intended to make revenue through their services and content. The company today not only sells mobile phones but much more like mobile apps, wearables, home appliances, and smart home devices.

The meaning of the word ‘Xiaomi’ is ‘Millet’ and few reports show that it also means ‘Rice’. Lei Jun relates the word ‘Xiao’ to the Buddhist concept that, a single grain of rice is as great as a mountain’, indicating the company’s endurance. “Only for fans” was its tagline before.

The logo of the company shows the word ‘MI’- written in white placed inside an orange rectangle. ‘MI’ is the abbreviation for “Mobile Internet”, but Xiaomi has mentioned that it can also be read as “Mission Impossible”, representing all the challenges the company has faced so far.

Top competitors of Xiaomi include Samsung Electronics, Apple, Huawei, Samsung, OnePlus, and Oppo. Xiaomi sustains its paramount position with constant updates and optimization along with marketing at reasonable prices. Apple and Samsung provide good quality phones but have high prices. Whereas Xiaomi provides a number of features at reasonable prices.

Redmi smartphones are priced for as low as 6000 rupees on Amazon, and Xiaomi continues to have the highest market share for smartphone shipments in India. One of Xiaomi's strongest competitors is Realme. Realme is a daughter brand of Oppo also coming up with equally great phones like Xiaomi. And thus there is strong competition between Realme and Xiaomi. Motorola and Samsung are increasing the competition. Samsung released the M series where they actually did focus on value for money without compromising necessary specs.

Xiaomi’s primary source of revenue is from smartphones, the Internet of Things (IoT) and lifestyle products, internet services, and other miscellaneous products and services that the company offers.

Xiaomi has grown in sales and product ranges. The company reportedly has around 22,074 employees worldwide.

“Despite headwinds from the Sino-US trade war and global economic downturn, Xiaomi stood out in 2019 with a commendable set of results as our revenue exceeded RMB 200 billion for the first time. We also celebrated several key milestones, ranging from the successful launch of our dual-brand strategy as Xiaomi and Redmi are spun-off and independently operated, the affirmation of ‘5G+AIoT’ as our strategic roadmap, to our inaugural entries into the prestigious ranks of the Fortune Global 500 and BrandZ’s Top 100 Most Valuable Global Brands” says, Mr. Lei Jun, Founder, Chairman, and CEO of Xiaomi.

According to reports dated September 1, 2021, Xiaomi has revealed that it would not be launching any more of its products with the Mi brand. The Chinese tech giant has decided to withdraw the "MI" name from all their future products.

Xiaomi’s vision is to make quality technology accessible to everyone, i.e., “Innovation for everyone”. The company makes this possible with its high-quality products and remarkable services.

In 2020, Xiaomi intends to keep its focus on the development of 5G smartphones, and thus improve its position in the premium smartphone segment. The company also has plans to invest big in AIoT.

In the current scenario, where the Indian Government and the public at large are opposing China-made goods, Xiaomi India Head Manu Jain is quite optimistic about the company's position in India.

"We act like an Indian company since we have local productions. Data is stored in India as well. We have been trying to build a truly local company"  - quotes Manu Jain

According to reports, Xiaomi has 7 factories in India, four of which are in Andhra Pradesh, two in Tamil Nadu and one in Noida. As claimed by the company about 99% of Xiaomi phones are produced in India. As said by Manu Jain, the company has also started a pilot project whereby the company is exporting Xiaomi phones made in India to Bangladesh and Nepal. Besides smartphones, the company claims that almost 100% of smartphone chargers, USB cables and batteries are made in India. Xiaomi also has a smart TV manufacturing plant in Tirupati, Andhra Pradesh.

With an aim to expand its business in India, MI increased its production capacities in the country by establishing 2 more factories to manufacture smartphones in India, and 1 factory dedicated entirely for the Smart TV division of the brand, as of February 2021.