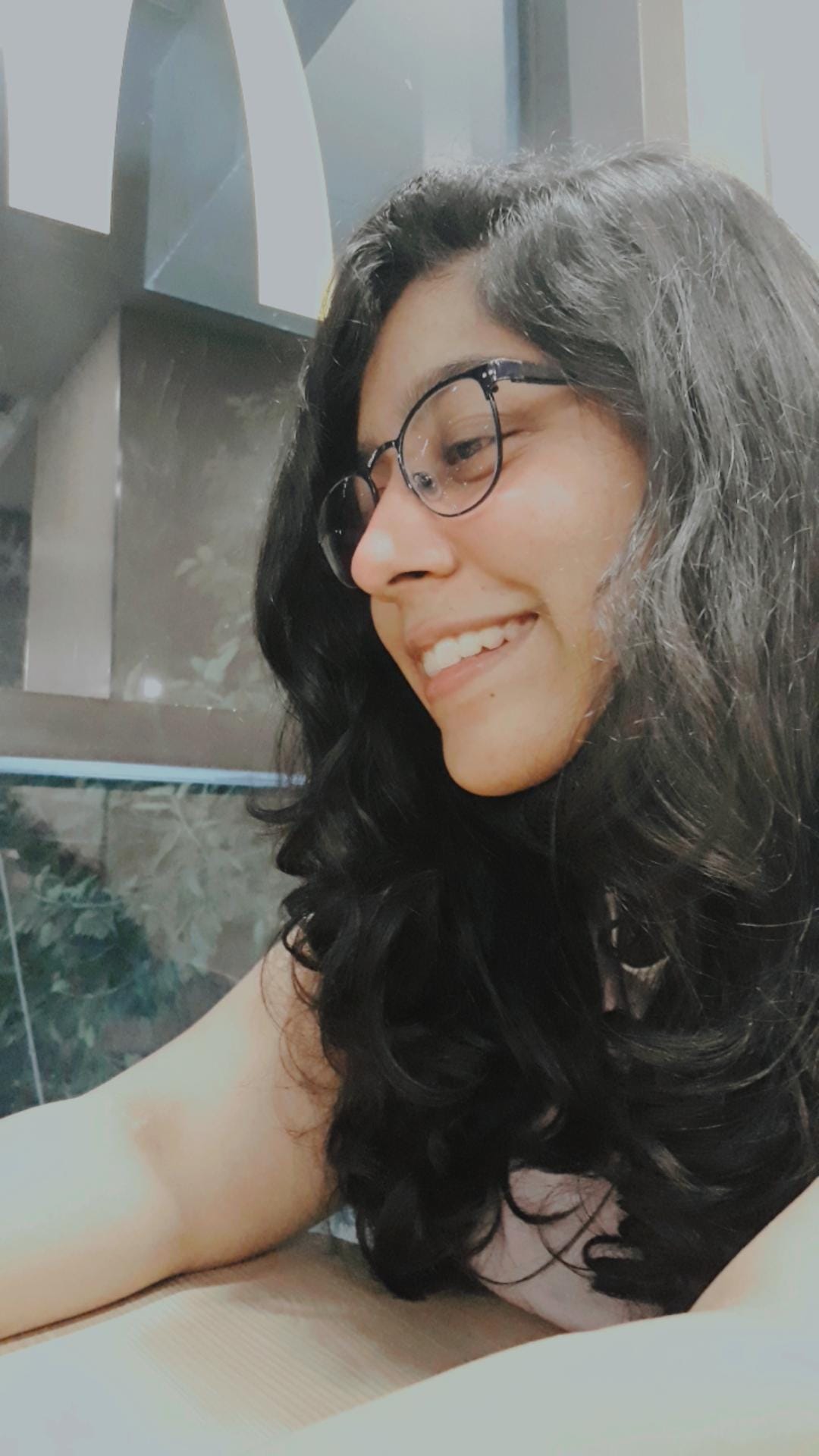 Naturally, one of the world's largest and most influential firms would prefer to sweep any rare mistakes and misfires under the rug and claim they never occurred.

Amazon originally started when founder Jeff Bezos began selling ebooks from his basement in Washington. It is presently the world's largest online marketplace. So you can understand Jeff's desire to focus on his company's incredible triumph rather than explaining the occasional failure.

Jeff's failings are treated with refreshing candor. He's more than willing to discuss how he lost billions on failed business projects. It's all part of his vast master plan, and he doesn't think it's a big deal to take large chances that sometimes backfire. And, as the firm expands, everything has to double, including the magnitude of your unsuccessful trials, according to him. You won't be created at a scale that will genuinely shift the dial if the size of your flops doesn't expand.

That's great news since Amazon has had its fine dose of flops, turkeys, and wrecks over the years. But it's nice to know that none of them are causing Jeff any sleepless nights.

Here are some of Amazon's most amazing washouts:

With the launching of a new smartphone, you'd expect that a firm like Amazon would be on relatively safe ground, given its popularity with Kindle gadgets, tablets, and streaming devices. This Fire phone seems to be the natural next step amid a flurry of marketing hoopla in 2014.

The new device is described by Jeff as "beautiful, elegant, and sophisticated." The device's 4 front cameras worked in tandem to offer a broader view, which was one of the phone's best features. This effectively meant that the parallax effect was applied to your pics, giving them depth and a wonderful 3d feel.

So you could flaunt your plate of spaghetti bolognaise at that hip new eatery. A similar approach might be used to Amazon products, enabling you to simulate that dazzling green mankini in spectacular 3d before making a purchase. Initially offered for $200 with a two-year contract. Sadly, it took several months for the rate to drop drastically to $0.99 cents, and Amazon still could transfer them.

Despite this, Amazon did not discreetly halt production, given the fact that the fire phone had shed 170 million dollars. So, what's the issue? Well, Amazon stunned the industry by charging top-tier pricing for Kindle tablets and Fire TV. Amazon had built an image for offering top quality at cheap rates. Not only was it good, but it was also cost-effective.

The fire phone's upscale costs implied something was spectacular about Amazon's new device, but there wasn't; it looks tacky and a little unpleasant. Technically, the 3D stuff was great, but it was essentially a ploy. The overall consensus was that Amazon had arrived far too late to the game, with an overpriced item that didn't offer anything novel or beneficial.

This time, there wasn't such a blazing fire. It's more of a smoldering ember.

Over the course of the year, Amazon has made several really smart investments, as well as a few bad ones. They poured money in the disastrous pets.com's initial round of fundraising in 1999, yet only own 54% of the company. Simultaneously, the CEO of pets.com Julie Wainwright defined the corporate partnership as "a match made in heaven." When the dot com bubble burst a year later in 2000, pets.com became the most well-known victim.

In the same year, Amazon put nearly $60 million into kozmo.com, a promising internet endeavor. Free one-hour shipping of DVDs, games, and books was made available via bicycle, van, and, most likely, skateboard.

Business insiders cautioned from the outset that the free shipping model would never be economically feasible for the firm, and it appears that they were true, as Kozmo did ultimately try to charge shipping costs, but it was too late to cancel the firm from going bankrupt, taking Amazon's $60 million worth with it.

In 2006, Amazon released Askville.com, which was one of the oddest Amazon products. Perhaps the loss of the Kozmo hasn't been thoroughly learned. This was a fresh collaboration with Kozmo co-founder Joseph Park, who had come up with a novel plan for a user-driven Q&A portal where users could pose and reply to pressing topics of the day.

The notion wasn't entirely awful, and it's a model that later evolved into flourishing groups on sites like Quora. However, the askville method was a little cringe-worthy, as it assumed that the portal needed to be more than just faqs to retain users. They devised a fun gamification concept in which players win or lose XP points based on the merit of their responses. Players were also urged to acquire quest gold, which could be traded for Gift vouchers or askville shop items.

Finally, the overly convoluted concept fizzled out, leaving the comments sections essentially blank and meaningless. “Why does Amazon continue sponsoring askville.com?” was one of the last comments made on the site before the forums were permanently shut.

Say you're using the Kindle app on your Android and you're in the middle of an Amazon-Apple verbal battle. You peruse a list of intriguing books. You finally make up your mind about which book you'll read soon. You press the large, cheery buy now button, and the book is quickly installed on your phone. It's that easy. That's how apps were designed to work.

Now imagine you're on your iPhone, surfing the kindle app. You peruse a list of enticing books. You finally decide which book to read next. You press the huge cheery buy now button and are forced to halt since you are unable to proceed. There's no button because, in a bizarre twist of fate, you can't buy books inside the iPhone version of the Kindle app.

The issue began when Apple demanded a 30% cut of all orders placed through its apps. Amazon was not pleased with this because they also required a part in writer earnings from each eBook sale, and paying Apple a 30% cut wasn't gonna work. Sadly, the two business behemoths were unable to strike a deal.

Amazon attempted to avoid the app toll by embedding URLs to the kindle app in their web-based kindle store, ensuring that eBook purchases were not done inside the app.

When Apple tightened the regulations even more and disallowed external buy URLs, iPhone owners were put in the perplexing scenario of having to navigate and leave the app, seek the web edition of the shop, buy books, and then return to the app. On your iPhone, you can use the Amazon Kindle, which is insanely difficult and completely ludicrous.

However, given that the Kindle app was created to be a medium for acquiring and reading, the iPhone edition is among Amazon's lengthiest flops, failing to meet half of its purpose.

Well, here is a brief live experience on Amazon. There was a high chance of victory, but was yanked so swiftly that they've just lost out if he blinks. Amazon Destination was the firm's foray into the hotel reservation business, enabling weekend breaks and utopian escapes at regularly quoted costs.

Their hotel partners were ecstatic with the latest arrangement, noting a spike in traffic and reservations after using Amazon's novel tool. The pricing wasn't precisely bargained, but the notion was that Amazon's massive internet persona might help place hotel regular ads in front of a far wider public than ever.

Widely expected to be a big leader in the OTA business, Amazon appeared to be on the correct path with this latest product, but then abruptly disappeared from the web a few months later, like it took a tragic trip into the Bermuda Triangle.

Nobody knows why Amazon has been unusually quiet on the topic. We can surmise that Amazon's new business was harmed by the rising presence of other key OTAs like Expedia. Some corporate analysts claim that a highly effective operator must devote their entire attention to the offering rather than being one of several other goods offered by the firm.

We'll never know why Amazon destinations tend to drop so soon because Amazon hasn't disclosed the numbers from this failed idea. One should probably post a query on Askville.com.

In 2011, Amazon developed a portal for localized discounts. The design was identical to Groupon and LivingSocial, both of which have struggled. Amazon stated on October that Amazon Local will be closing down on December 18th, 2015.

Amazon shut down its digital wallet just 6 months since it was released in the spring of 2015. Users could save vouchers and loyalty cards on their phones to pay for in-store and e-shopping, but credit/ debit cards were not supported. Amazon still accepts electronic purchases through Pay with Amazon, but unlike Apple and Google, it doesn't offer a user-facing wallet.

Local Register was a new effort to assist local shops in accepting payments via a smartcard processing system. It was similar to Square's and PayPal's, but it never gained traction, and Amazon announced in February 2016 that it will be discontinued.

This service was launched in 2011 and allows customers to try new apps before acquiring them from the Amazon App. The initiative was shuttered by Amazon in April, claiming a drop in demand and the recent surge of the "free to play" biz paradigm.

In 2012, Amazon introduced the Music Importer, which allows customers to import any tracks they've saved to their pc and build an online collection. However, Amazon then developed Prime Music, a similar-to-Spotify-and-Pandora-style streaming site that rendered Music Importer outdated. In October, Amazon notified the end of Music Importer.

The real kicker is that Amazon is indeed bracing for more setbacks ahead. Jeff seemed to like the prospect of losing large sums. “If you feel that's a significant failure, we're planning on even greater setbacks presently, and I'm not joking,” he said when questioned about the Fire phone screwup.

In the latest shareholder letter, Jeff says that if we periodically have mega-dollar fails, Amazon will be exploring at the ideal scale for a firm our size. Of course, such tests will not be undertaken lightly. We'll put in the effort to place smart bets, but not all of them will pay off.

I'm excited to see what incredibly amazing failures Amazon has set within the next few years, simply because it will give me more content to blog about.

That’s all folks for today.

What were some of the biggest failures of Amazon?

Amazon Fire Phone, Pets.com, Askville, and Amazon Destinations are some of the biggest product failures of Amazon.

What is Jeff Bezos response to the failure of products?

Jeff Bezos responded that they are bracing for more setbacks ahead, when questioned about the Fire phone screwup.

Why did Amazon Fire Phone fail?

One of the reason Amazon Fire Phone failed is Amazon arrived far too late to the game, with an overpriced item that didn't offer anything novel or beneficial.

Anamika Mahapatra
I am a free spirited and strong willed person. I keep travelling and learning in my free time. I aspire to be a portfolio manager and am motivated to grow and excel in finance industry.

Is Media Buying A Good Option For Your Brand?

Tasks You Should Outsource To Freelancers: A New Kind Of Employment