The Growth Of Coaching Institutes In India [A Case Study] 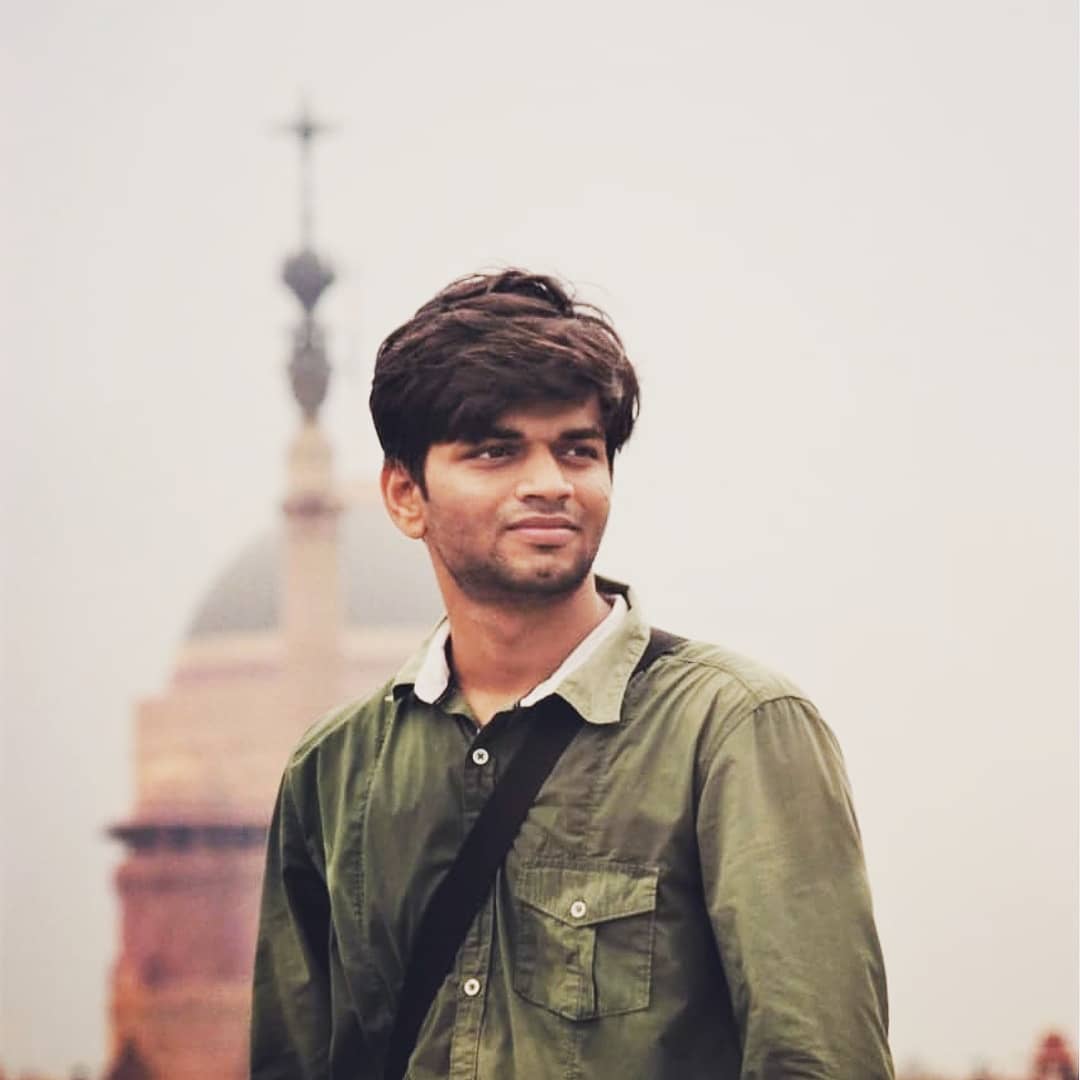 Coaching is the act of giving special classes in sports, in a school subject or a work-related activity, especially to one person or a small group. Coaching institutions are the places where this activity is organised. Coaching institutes provide training on a variety of topics like educational, recreational, sports etc. One can opt for any one of these depending on their interest.

Generally, we see a pattern in the type of coaching industry thriving in a particular region. In developed nations, coaching institutes for academia is not that popular as it is in India. One reason for this is the better quality of education in the developed countries are sufficient to cater to the academic needs of the students which is not the case in India. Another reason for this is the rising demand for the limited number of seats in India's elite colleges like IITs and AIIMS which have led to the exponential growth of coaching institutes in India. In this blog, we are going to present a case study on the exponential rise of the coaching institutes in India in past few years.

The share of the education sector in India was 91.7 Billion USD in 2018, which has risen to 117 Billion USD in 2020 and continues to expand. The coaching industry alone contributes approximately 3.5 billion USD to this, which is huge considering there are various types of educational institutes in the country including schools, colleges etc.

Most parents understand the crucial role of coaching in their children's future. They feel that it helps their children in solidifying their knowledge which is not possible by schools alone. Coaching institutions also enhance the conceptual learning of the students which is very crucial for their selection to prestigious institutes like IITs, AIIMS or IIMs. It is the trust of parents who are willing to pay exorbitant amounts of fees for their child's education, coaching institution as an industry is witnessing massive expansion.

If we look at the competition for the seats IIT-JEE has around 10,000 seats, yet more than 200,000 students show up for its entrance exams. More than 770,000 show up for the NEET for an insignificant 2,140 seats. Despite the miserable proportion of the students accepted in these engineering or medical institutes, the total number of candidates appearing for IIT-JEE or NEET goes in lakhs, and most of the students who appear for these exams opt for coaching in some of the well-known coaching brands like Aakash, FIITJEE, and others. These coaching classes are seen as the stepping stone for the students for the successful preparation of these entrance exams.

The coaching institute craze also extends to post-graduate studies like MBA in India. Every December, several candidates appear for the Common Admission Test (CAT) to gain admission to the top Indian B-schools. There is also very stiff competition for a paltry number of seats and coaching institutes for CAT thrive on this competition.

Although there are lakhs of coaching institutes in India. But, some of them have outgrown and have established themselves as big brands. It is a dream for many of the students to get into any of these coaching institutes while preparing for the exam as they have a good reputation in the education market for the selection of a particular kind of exam. Students often find them as a more secure choice compared to the other options out there.

Here are the top 10 coaching institutes that aspiring candidates may consider in their quest to choose the ideal institute:

Since its establishment in 2001, Resonance has become a household name. With 12+ study programs, 300+ full-time employees out of which 25% employees are from the IITs, and with the most noteworthy number of understudies fitting for JEE Advance, this coaching institute is known well-known for producing entrance exam toppers.

With almost 4,000 understudies accomplishing an All India Rank in JEE (Mains) 2019 and 3,729 understudies accomplishing a position in JEE (Advance), FIITJEE has been a highly favoured coaching institute, particularly for engineering exams. It is one of the biggest names in the coaching institute industry and gives a perfect platform to genuine JEE applicants.

Narayana is counted amongst the prestigious coaching academies in India. With a focus on 17 significant urban cities (including Delhi), the organization offers study materials alongside experienced educators. With about 400+ qualifications in JEE Mains and 200+ JEE Advance, Narayana enjoys a strong image when it comes to entrance exams.

Almost 45,000 students enrolled in Allen's classroom course in Kota for the 2019 session. With 990 students qualifying for the JEE Advance 2019 and 380 absolute determinations in AIIMS 2019, the accomplishments of Allen Career Institute are well-known.

Aakash Institute's branches can be found throughout India. Almost every school-going kid knows about Aakash. An extraordinary community for great training, Aakash's understudies have been doing wonders in different selection tests. The foundation packed away 908 determinations in JEE Advanced 2019 and 26657 in NEET-UG 2019.

IITians Pace was launched in 1999 with the sole purpose to guide understudies in Mumbai who wanted to get admits to reputed engineering and medical colleges. In recent years, IITians Pace has positively shaped Mumbai and has also expanded to different locations in the country. There is a campus in Dubai as well. Students from IITians Pace have performed exceptionally in Olympiads as well.

Interest in Mathematics and a will to assist monetarily poor understudies aiming for the IITs gave birth to Super 30 classes. Situated in Patna, Super 30 picks 30 gifted understudies every year and prepares them for JEE. Until this point, Super 30 has cemented its place by conveying a 100% achievement rate in 2008, 2009, and 2010 when the entirety of its 30 students were selected into the IITs.

As per the reports from IBEF India is the second-largest market for e-learning after the US. As digitalisation is growing and reaching every nook and corner of the country, the e-learning market is expected to get even stronger in the coming year. The e-learning sector is expected to reach US$ 1.96 billion by 2021 with around 9.5 million users. Thus, coaching industry is projected to grow in the near future as well.

While the coaching institutes are growing, their reach is limited only to bigger cities as of now. The greater part of these classes are running in metro cities like New Delhi, Mumbai, Kolkata, Hyderabad, Bangalore, and Chennai which are favoured for common administrations, law, and chartered accountant examinations. On the other hand, Jaipur, Chandigarh, Kota, and Pune are favourable destinations for engineering and management exams.

Another thing to notice is that a significant number of the best educators of presumed schools and universities have found employment elsewhere and taken up private training; the straightforward explanation being that the monthly payments of a good mentor is higher than a school teacher. Consequently, we find that mentors in coaching institutes are the best in their work, which is a benefactor in growth of these institutes.

Private mentors charge anything between INR 500 to INR 4,000 every hour for each student depending upon the cities and the subjects, which for multiple educational subjects costs between INR 1,000 to INR 6,000 every month to a student. Thus, there is a very huge earning potential for private tutors.

Factors Behind The Growth Of Coaching Institutions

As discussed above we have found that coaching institutes has been growing exponentially and will continue so in coming times as well. The factors that are causing this growth has been discussed below:

India's coaching institutes have an incredible opportunity given that around 580 million of the country's populace lies in the age group of 5-24 years making it the largest population in this particular age bracket. This large market comes with the lots of opportunity for the education sector in general and coaching institutes in particular. India's education sector is expected to reach $225 billion by 2025.

Expanding web infiltration will help in training conveyance. India has more than 250 million school-going understudies, which is more than the entire population of several nations. It has probably the biggest system of education establishments in the world.

The Central Government intends to dispense $1 billion to states for aptitude- improvement activities. In October 2017, to support the Skill India plans, SANKALP and STRIVE were propelled at a cost of $1.02 billion. Reviving Infrastructure and Systems in Education by 2022 was declared in the govt budget of 2018-19 with INR 1 lakh crores allocated for the initiative.

'Expertise India' program has profited more than one crore youth every year. Under the Union Budget 2019-20, the government gave INR 400 crores for 'World Class Institutions'. The training area in India stays to be a key need for the administration. The Government of India has permitted 100% Foreign Direct Investment (FDI) in the instruction area through the programmed course since 2002.

The Government of India is chipping away at the draft of the New Education Policy to address the changing elements in the instruction business of the nation. 'Organizations of national significance' (NID) will have the option to build private associations and work together with research labs across India. According to the Union Budget 2019-20, under the Pradhan Mantri Gramin Digital Saksharta Abhiyan (PMGDISHA), more than 2 crores of rustic Indians have been educated.

Sep 24, 2022
Shikha Tyagi Shikha Tyagi Vipul Mahrishi Vipul Mahrishi
Great! Next, complete checkout for full access to StartupTalky.
Welcome back! You've successfully signed in.
You've successfully subscribed to StartupTalky.
Success! Your account is fully activated, you now have access to all content.
Success! Your billing info has been updated.
Your billing was not updated.