Are you a movie buff? If it's a no, then sorry to call you out on your bluff. Come on, there are endless reasons for watching a movie: for unwinding after a long day, escaping reality for a couple of hours, having a good laugh, spending time with friends, and the list goes on and on. The genre differentiates the audience; some love action, others root for rom-com, teens want drama, and all that jazz. Choices are never ending. But there's something for everyone.

One platform that unites all movie-goers is BookMyShow.com, a platform that offers a plethora of options when it comes to booking tickets. Movies, parties, events, and everything else you can imagine—BookMyShow has it all covered. Booking tickets has become as easy as ABC courtesy of this venture. But turning into a successful venture wasn't an overnight journey for them.

Read on to know how the company rose from a nascent startup to becoming the most sought-after player in the online entertainment ticket booking segment.

The company is currently India’s largest entertainment ticketing platform. BookMyShow started out in 1999 as a software re-seller for movie theaters and converted into a platform catering to cloud-based ticket booking of events, movies, sports, and plays. BookMyShow was known by the name of its parent company, Bigtree Entertainment Pvt. Ltd., at the time of its inception.

It operates in 5 countries with more than 30 million customers. In sixteen years, BookMyShow has been through a roller-coaster ride, seeing all kinds of crests and troughs. From INR 25,000 in initial capital to INR 391 crores in revenue in FY2018, from the 'Dot Com' crash in the early 2000s to the global financial crisis of 2008, the company has a story at par with the David v/s Goliath legend. It managed to sail through tough times and emerged as a winner in the end.

According to a RedSeer report, the online ticketing market in India has recorded a quarterly revenue of $28 million.

Moreover, RedSeer's 'online ticket market updates' report states that 50% of the industry revenue has been coming from movies with events being the next major contributor. Sporting events, concerts, and other live entertainment shows were the significant money-making components of the almost $330 million revenue generated by the online ticketing industry in 2017.

With the big guns relentlessly acquiring smaller competitors in this domain, a CAGR of 20% is expected in the online ticketing industry by 2020 according to Wikipedia. Within a decade of its inception, BookMyShow has achieved 40% CAGR in revenues. The company holds around 90% market share in the online ticket booking industry.

The alcohol did it for him! After his master's degree, Ashish was working for J.W. Thompson, an advertising agency. He was on a backpacking trip in South Africa. On one such day, he was sitting under a tree listening to the promotion of rugby tickets on radio (Newton reincarnated?). An idea sparked in Ashish's mind. Ashish came back to India and immediately resigned from his job to focus on his idea. He thought of Bigtree Entertainment Pvt. Ltd. as a means to transform the niche of ticket booking.

However, starting was far from easy. When Ashish told his parents about his business idea, they weren't happy. Uncertainty and concern hit them like any other parents mindful of their child's career but he was able to convince them. At the age of 24, he launched his first ever internet venture with its head office being his bedroom. Soon after, his friend Parikshit Dar joined him to lead the technological aspects and another co-founder, Rajesh Balpande, took over the responsibility of managing Bigtree's finances. The trio, fondly known as the three musketeers, started Bigtree Entertainment Pvt. Ltd. (the parent company of BookMyShow) in the process. And that's how BookMyShow started.

BookMyShow was initially branded as ‘Go For Ticketing’. In 2002, the company was renamed ‘India Ticketing’ before ending up with the current name.

In 2007, the company, then known as India Ticketing, organized a contest for its employees where they were to suggest a name for the company with the winner receiving an iPod touch. The name BookMyShow was suggested by an engineering intern. And that's how the venture found a name that clicked with its mission and vision.

BookMyShow initially kept itself to movie tickets but soon had its fingers in various pies. It now sells tickets for anything and everything that has to do with entertainment—movies, plays, fairs, sports, etc. You can also book tickets for monument exhibitions and international events on the platform. The company also introduced tickets for activities happening in one's vicinity.

One can avail the services of BookMyShow through its website or mobile app. The app was first launched in 2012. It's available for Windows, Android, iOS, and Blackberry. The company keeps updating and upgrading the app from time to time. BookMyShow also launched a 'progressive web app' in 2017. The app allows users to check show timings, book tickets, read reviews, watch trailers, and more.

BookMyShow has exclusive access to Vista ERP APIs that are used by movie theaters and multiplexes. It integrates these APIs with the backend of its app to show real-time availability of movie tickets. The company opens up these APIs to other players for providing allied services—parking, F&B, shopping destinations, retail stores, and security—for upselling and cross-selling.

Revenue rose by more than 52% to cross INR 619 crores for fiscal 2019, up from INR 406.09 crores in FY 2017-19, as the Mumbai-based company recorded growth across multiple verticals such as live events, online ticket bookings, and software, and turnkey ticketing solutions.

BookMyShow has been in the green (read making profits) over the last few years. The company reported loss of just INR 1 crore in 2016. However, the company's losses have witnessed an uptick due to its investment in non-movie segments and due to the rise of new competitors.

The business thrived in spite of no investor support from 2002 to 2006. After the 'Dot Com' boom settled, the Indian market was revamped with better internet services, credit and debit card facilities, and infrastructure setup. The number of multiplexes across India also proliferated. With a favorable scenario in the backdrop coupled with BookMyShows's promising business plan, investors were willing to put in their money in the company.

BookMyShow raised over $224.5 million in 6 rounds of funding.

BookMyShow started operating in South East Asia in 2016 with its headquarters in Indonesia. With funding from Jungle Ventures, the company is now planning to shift its headquarters to Singapore. As confirmed by BookMyShow SEA's CEO Kenneth Tan, the funds raised will be utilized to enhance the technological operations of BookMyShow SEA and to efficiently cater to the increasing number of users in South East Asian region.

BookMyShow - Valuation And Net Worth

Sources say that prior to raising $100 million funding from 'TPG Growth' in July 2018, BookMyShow was valued at about $750 million. With the boost from TPG Growth, it now hovers around the $850 million mark.

According to a recent report, BookMyShow is likely to sell 10-12% of its stake to Private equity major General Atlantic, Singapore’s sovereign wealth fund Temasek, and investment banking major Goldman Sachs (others are being considered as well). If the sale is successful, this deal is likely to push BookMyShow's valuation to around $1 billion, making it a unicorn venture.

However, there is no data to support the exact net worth of BookMyShow today.

The journey was an arduous one for the company. Be it the hassles of starting a new venture, the 'Dot Com' bubble of 2002, or the 2007 financial crisis, BookMyShow has seen it all. When BigTree Entertainment Pvt Ltd was formed in 1999, selling tickets online wasn't mainstream like today. The internet was still an experimental playground with constantly changing dynamics. The major hurdles to selling tickets were the infrequent usage, if not unavailability, of credit cards, debit cards, and net banking facilities. Poor broadband connectivity and lack of e-ticketing software in theaters only added to the woes.

There was a time when BookMyShow used to buy tickets in bulk and send hundreds of people on bike to deliver the tickets to customers. However, the business model wasn't scalable and the company had to call it off.

In the early days, BookMyShow was mainly doing its business offline. It had 12 call centers in 12 cities with 150 employees and the company was doing good despite the hurdles. Chase, the company’s capital partner, sold off its stake to Rupert Murdoch’s News Corp. Then in 2002, it faced the 'Dot Com' crash. The business was running at an all-time low. The investors retracted and BookMyShow had to buy back its business from News Corp.

To minimize effects from the crisis, BookMyShow cut down employees’ salaries and major expenses. It even shut down some offices and focused on only the major cities: Mumbai and Delhi. The skeleton crew was reduced from 150 members to a paltry 6. Ashish, Parikshit, and Rajesh did not give up even in the face of these adversities. The passing by of the 'Dot Com' debacle brought some welcoming changes in the Indian market.

A pessimist says the glass is half empty, an optimist says it is half full. An entrepreneur looks at the empty section and adds some scotch either to enjoy the journey or be too drunk to bother - Ashish Hemrajani, CEO, BookMyShow.

Currently, BookMyShow is facing stiff competition from Paytm which offers discounts and cashback to users on purchase of movie tickets through the Paytm platform. Despite competition, a report by Kalagato says that BookMyShow still holds a 78% market share in the online movie ticketing sector.

As BookMyShow owner Ashish Hemrajani puts it, "Our market share in movie-ticketing has not changed, it has actually gone up. We oscillate between 70% and 75%."

With time, BookMyShow has managed to partner with the topmost multiplex chains, theaters, and ace event management companies like Percept (popular for organizing the Sunburn Festival). Although the company's operating model is no more a unique point, it's far ahead of its competitors and firmly established, making it difficult for new players to entrench themselves.

In September 2018, Inox Leisure, India's second largest multiplex chain stopped offering its tickets on the BookMyShow platform owing to a dispute between the two parties. While Inox demanded more money from BookMyShow for the rights to sell its tickets, the latter refused to heed this demand. The dispute fortunately did not last long and the two parties were back at talking terms in October 2018 .

BookMyShow is now the market leader in online ticket booking industry. Some major achievements of the company are:

BookMyShow has acquired 6 organizations. The most recent acquisition was nFusion on Aug 1, 2017.

The company wants to add a merchandising section on its website where fans can buy tees, hoodies, and other apparels. The company is going to focus on the mobile segment as nearly 25% of the total booking is done through BookMyShow's mobile app. 20% of the app's users resort to wallets as the payment option.

"It is all about going out and trying. But don’t follow the herd. You have got to be very clear why your idea or you as a person will succeed in this environment. How disruptive your technology is.", said Ashish Hemrajani, BookMyShow owner.

How much is BookMyShow's current valuation?

The entertainment ticketing platform was in talks in June 2019 to raise $100 million. This would’ve increased its valuation to $1 billion, marking its entry into the unicorn club.

Who is the owner of BookMyShow?

Bigtree Entertainment is the parent organization and owner of BookMyShow.

BookMyShow is which country's app?

BookMyShow, perhaps the default name for online ticketing in India, is one of the top three e-commerce websites of India.

We hope this gave you some insight into this beloved company by movie and entertainment lovers. Now, if you'll excuse me, I have to go book my show at BookMyShow! (Wink, Wink)

Juphy: A Sophisticated Customer Support Tool For Your Business 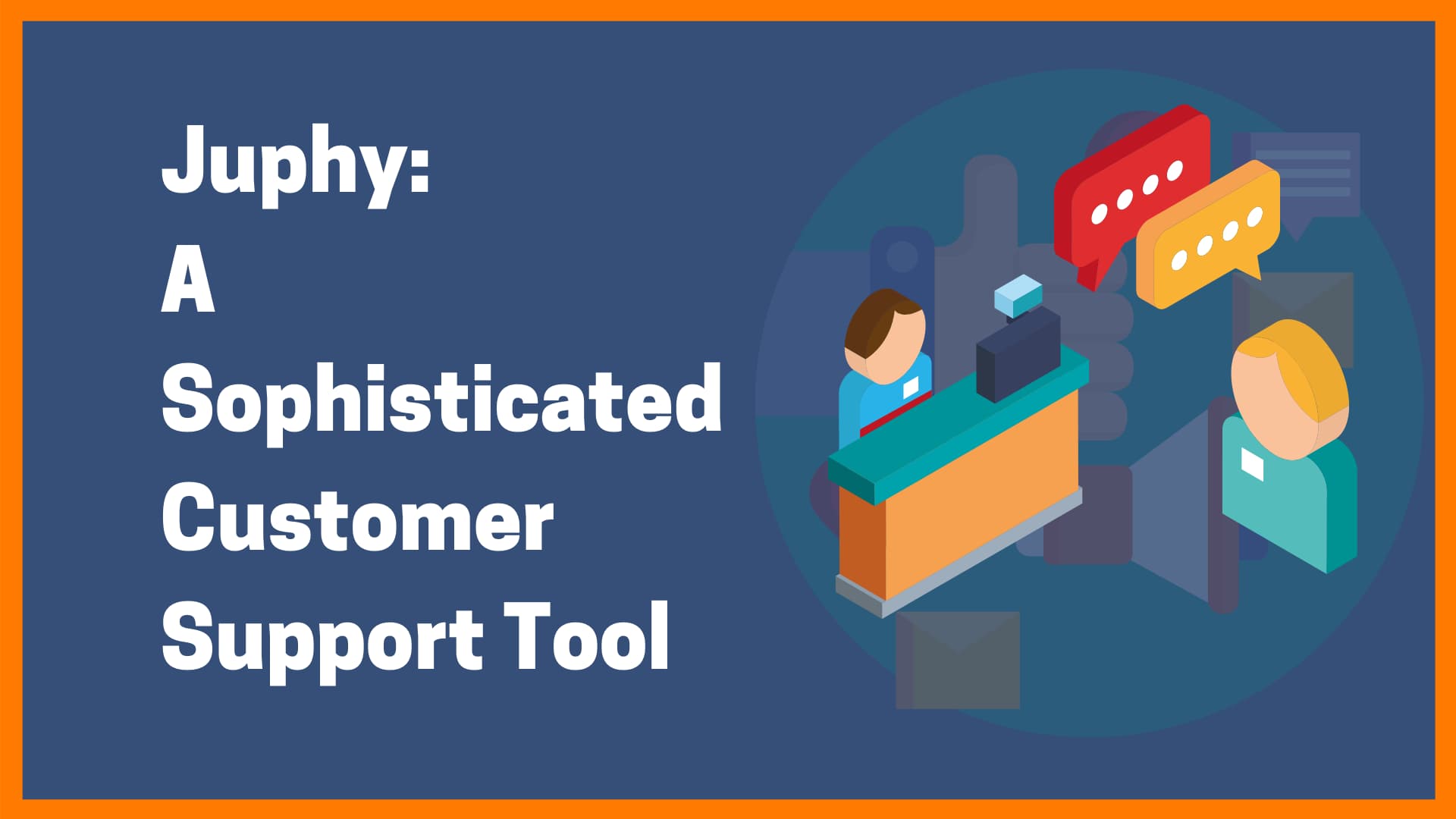