The reach of social media influencers, be it on Instagram or YouTube or any significant social media platform, is all-pervasive. These influencers could be fitness trainers on Instagram giving us tips on how to maintain a healthy body shape or they could be stand-up comedians on YouTube who make us laugh and thus brighten our mood and so on.

With lockdowns imposed due to the COVID-19 pandemic throughout the country, their influence has reached new heights. In a January 2022 report, it was estimated that the value of the Indian social media influencer market to be somewhere between 75 million dollars to 100 million dollars.

A trend that can be observed as of recent is that these social media influencers are not just being confined to their social media platforms and are willing to “venture” beyond it.

Some of these social media influences, for example, tend to invest in startups across various categories as, from their perspective, it's their way of contributing to society, the reason they have attained their virtual celebrity status.

We shall now talk about the various investments in startups made by one such social media influencer in Tanmay Bhat of All India Bakchod fame. He has also a YouTube channel by his name with 3.84 million subscribers and also has contributed to the likes of Netflix India.

Here's a look at all the startups in which Tanmay Bhat has invested: 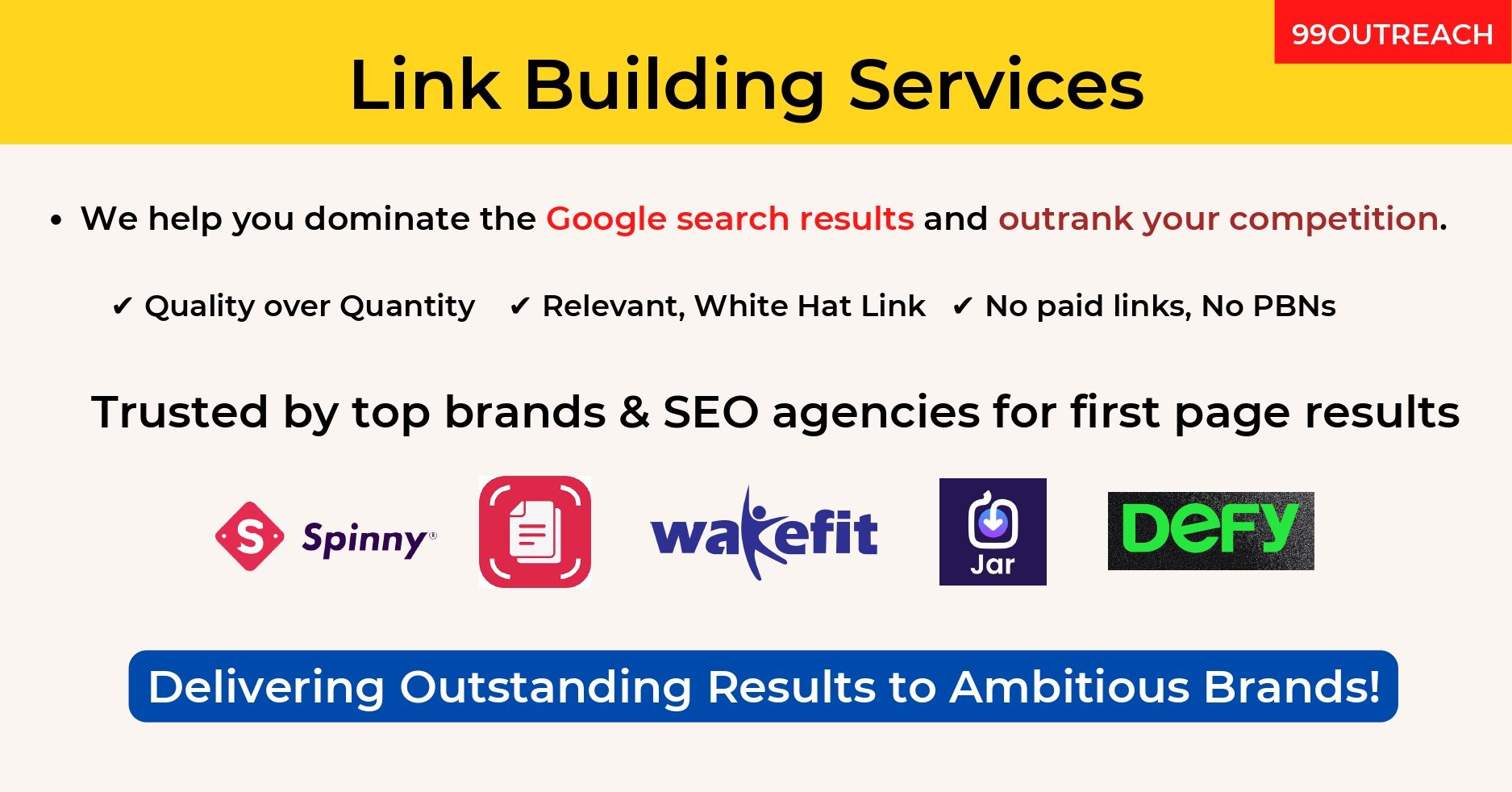 Smallcase is an online trading platform that facilitates investment for professionals in the stock market. Smallcase was founded in February 2015 by three alumni of IIT Kharagpur in Anugrah Shrivastava, Rohan Gupta, and Vasanth Kamath.

Smallcase provides its user access to various brokerages and wealth platforms and also has its team of professionals who help the investor make their ideal portfolios of stocks, ETFs (Exchange-Traded Funds), REITs (Real Estate Investment Trusts), and multiple other options for an investor's portfolio. Smallcase has also been backed by behemoths like Amazon and Sequoia Capital India.

Tanmay Bhat has invested in 10 preference shares for a 0.3% stake in September 2020. This is in line with his YouTube videos, where he makes a lot of videos regarding how someone new to the world of finance can invest in stocks and so on.

Qoohoo is a social platform that allows content creators to establish a long-lasting connection with their followers and fans and simultaneously also monetizing it so content creators can reap the benefits. Qoohoo was founded in November 2020 by Vimal Singh and Aseem Gupta.

In March 2021, as an investor, Tanmay Bhat and popular social media influencer, Ranveer Allahabadia invested in the first round of Qoohoo. They were joined in by other noted investors such as Gaurav Munjal (founder of Unacademy), Kalyan Krishnamurthy (CEO of Flipkart), and Kunal Shah (founder of CRED). Qoohoo was able to raise $800,000 in their first round of investing.

Headquartered in Miami, Florida, the United States of America, Mean DAO was founded in November 2021 by Eydel Ruiz, Maylin Ramirez, Yamel Fdez, Yansel Florian, Michel Triana. They focus on providing blockchain infrastructure and decentralized products to ensure no one misses out on the benefits of cryptocurrency.

They operate the MEAN protocol which is responsible for the smooth working of the Solana blockchain. Tanmay Bhat invested 3.5 million dollars as an early-stage VC in this venture. Soon other investors like DeFiance Capital and Gate.io have also joined in.

Founded in May 2021, Avalon Scenes was established by three digital entrepreneurs in Varun Mayya, Shashank Udupa, and Abhinav Arora. It helps to build a community space where people can interact with fellow-minded people on any aspect of life, be it establishing a new product or reminiscing about your old college days and so on. Avalon Scenes also helps a person to create their community and monetize it, you can also add multiple moderators.

In May 2021, Tanmay Bhat along with other angel investors who he already knew due to their investment in Qoohoo, Kunal Shah, Kalyan Krishnamurthy, and Gaurav Munjal invested an undisclosed amount in its pre-Series A funding round. They were also joined by investment firms in Whiteboard Capital and iSeed Ventures and so on.

Established in 2020 by Ashwarya Garg and Akshay Bhatnagar, HYPD Stores was started to enable content creators to launch their multi-brand stores/businesses and establish a new source of income for them and thus helping creators monetize their platforms. HYPD Stores is completely ad-free and allows users to experience the product before buying virtually.

In January 2022, HYPD Stores managed to raise $1.5 Million in seed funding from Tanmay Bhat, Bhuvan Bam and Ranveer Allahbadia. Investment firms such as Better Capital, Sauce VC, has also invested in the startup.

Get Actionable Tips to Successfully Raise Funds for Your Start-up

Founded in 2021 by two ex-product managers at CRED, Anshu Agrawal and Akshit Bordia. Flint is involved in the cryptocurrency domain. They try to ensure the investor gets as high as 13% returns from whatever they have invested in cryptocurrency and only deal with stable cryptocurrencies in Ethereum and USDC, which are pegged to the US Dollar.

In January 2022, Flint managed to raise 5.1 Million dollars in seed funding from Tanmay Bhat along with other angel investors like Kunal Shah and Rohit Bansal. Investment capital firms like Sequoia Capital India and Coinbase Ventures were also involved.

Growth School is a startup that operates in the ed-tech industry and it was founded in 2020 by Vaibhav Sisinty. They partner with experts across various fields to create personalized training programs in a short period, so they can be employable and thus contribute to society as soon as possible. The courses, for example, are on how to build a UI/UX platform, how to invest in cryptocurrency, etc.

In January 2022, Tanmay Bhat, along with other 80 angel investors invested in the startup. The company managed to raise 5 million dollars in seed funding. Growth School was also aided by notable investment firms in Sequoia Capital India and Owl Ventures.

Founded in 2020 by Abhik Patel, Ajinkya Kulkarni, Anshul Gupta, Shashank Chimaladari, Wint Wealth is a platform that offers returns on Fixed Income Investment Products of about 10-11%. These returns are higher than Fixed Deposits (which vary from 2% to 5%) but also don't have the risk factor associated with equities.

These investment opportunities are usually available for individuals with high net worth. Formerly known as GrowFix, they have been backed extensively by Zerodha and Kunal Shah of CRED and Freecharge fame.

In January 2022, they managed to raise an undisclosed amount from a special round of funding by Tanmay Bhat and other noted people such as Ankur Warikoo, who is the founder of Nearbuy and also is one of India’s top public speakers, CA Rachana Ranade who offers stock market classes through Youtube and so on.

In the end, Tanmay Bhat has been an investor in startups predominantly based on teaching financial literacy to all sections of people or startups which encourage new social media influencers to showcase their skills and incentivize their skills. By steps like these, he has shown that he is someone who sympathizes with emerging social media influencers and doesn't want them to face the same struggles he faced when he first broke into the scene.

Is Tanmay Bhat an angel investor?

Yes, Tanmay Bhat is a comedian and an angel investor too he has invested in many startups. Some of the prominent investments are Smallcase, HYPD Stores, and Flint.

Is Tanmay Bhatt an entrepreneur?

Yes, Tanmay Bhat is the co-founder of All India Bakchod.

Aditya Sankaran
I am a Chemical Engineering graduate from BITS Pilani Hyderabad Campus. I love writing blogs. If you have anything interesting to share on our site, reach out to me at story@startuptalky.com

Everything You Need to Know About Zoho Mafia