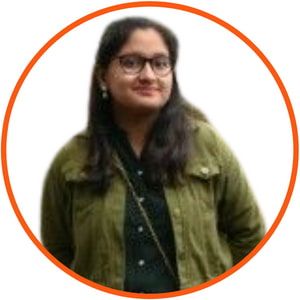 Whether you like Tesla or not, you can't deny that it's changing the automobile industry. A few years ago, people would have thought of electric cars as toy cars. However, thanks to Tesla, electric cars are not a dream anymore. The awareness about electric cars has increased around the world. Many car manufacturers are also planning to step into the production of electric cars.

Through this article, we will come to know about the essential strategies of Tesla and how it makes money. We will also know what differentiates Tesla from other car dealers around the world.

About Tesla
Business Model of Tesla
How Does Tesla Make Money?
What's Unique About Tesla?

Tesla is an American automobile company that specializes in Electric Vehicles (EVs).  Martin Eberhard and Marc Tarpenning founded Tesla Motors in July of 2003. It was named after the inventor of electricity, Nikola Tesla. Later in 2004, Elon Musk invested $6.5 million in Tesla. He became the largest shareholder and the chairman of the company. Musk has been the CEO of Tesla since 2008.

The aim of Tesla, according to Elon Musk, is to accelerate the advent of sustainable eco-friendly transport through electric vehicles and solar power.

Tesla, the American electric and clean vehicle company, is headquartered in Austin, Texas, United States. Currently, Tesla has almost 438 stores all around the world with 100 service centers. As of mid-2021, Tesla has around 160 stores in the USA, 38 in Germany, 31 in China, 29, etc. Soon, Tesla is also expected to launch its cars in India in 2022.

There are four models of Tesla EVs, namely:

Tesla has manufactured vehicles for every type of customer starting from mid-range products with affordable pricing to highly developed luxury and sports cars. The target audience of Tesla includes eco-friendly car enthusiasts and of course, Elon Musk's followers.

The Tesla business model works as a Direct-To-Consumer (D2C) model as it cuts off middlemen and sells its products directly.

This allows Tesla to foster customer relationships and improve its product simultaneously. The company has service centers all over the world through which it sends technicians to customers' houses for the service. It actively seeks to decrease CO2 emissions into the environment and thus, has the support of the government too.

Tesla provides a sustainable transport option. The cars of Tesla are sleek in design, smarter in functionality, and provide low-cost charging.

How Does Tesla Make Money?

Tesla is well-known for the electric vehicles they manufacture and sell. It had recorded a revenue of $17.7 billion in Q4 2021, a 65% increase year over year. It delivered 936,222 cars in 2021, which is an 87% increase from 499,647 cars in 2020. Tesla generates the most revenue from Model 3 and Model Y. Model 3 was the best-selling car in Europe in September 2021. Tesla's revenue also has a tremendous upside potential because of the expected arrival of Cybertruck.

Tesla generates around 8.6% of its revenue from the services it provides. Tesla technicians are the only people who are trained and allowed to work on Tesla vehicles. They have access to the important and proprietary parts that are needed even for basic repairs. It uses its proprietary system to control the maintenance and repair of its cars. This allows Tesla to claim most of the revenue generated by repairs.

Besides cars, Tesla manufactures and sells batteries used for grid power storage. They can be used for both large-scale and small-scale purposes. They are also used for energy generation in Solar Panels or Solar Roof Tiles. This amounts to around 4.8% of Tesla's total revenue.

These are the three streams through which Tesla generates revenue. The services and the energy generation aspects are some of the lesser-known revenue streams as compared to car sales. Tesla recorded a profit of $5.5 billion after its deliveries soared in 2021.

There are a lot of factors that make Tesla unique and different from other car manufacturing companies. Some of them are:

Tesla is one of the most successful automobile companies and it is certain that Elon Musk and his peers are working hard to provide newer means of transportation. It not only invented electric cars but also made sure to shed light on the fact that they are very much possible. It implemented a unique business model by leveraging direct sales to foster customer relationships. It is bringing innovation to the world and producing sustainable transportation through electric vehicles and solar power.

Who is the CEO of Tesla?

Elon Musk is the CEO and co-founder of Tesla.

What is Elon Musk's Net Worth?

How much did Elon Musk pay to buy Twitter?

Elon Musk bought Twitter for an amount of 44 billion USD.

What is Tesla's business model?

Tesla operates as a Direct-to-Consumer business model as it sells directly without any middlemen.

What are Tesla's major business segments?