Zoho Success Story - How the Startup Scaled Sustainably with No Investors?

Company Profile is an initiative by StartupTalky to publish verified information on different startups and organizations. The content in this post has been approved by Zoho.

From a Network Management company called AdventNet Inc. in 1996 to introducing ‘Zoho Remotely’ to facilitate ‘work from home’ in 2020, the company ‘Zoho Corporation Private Limited’ has touched almost every corner of software development and web-based business implements. Zoho is an Indian software development company and IT business corporation, which began its operations in 1996.

Zoho Corporation Private Limited is an Indian company, founded by Sridhar Vembu and Tony Thomas in 1996. The company started its operations from a small apartment in the suburbs of Chennai. Zoho was initially named ‘AdventNet’, and the only service offered was Network Management.

AdventNet was doing well, and the company acquired clients from the Bay area and Silicon Valley. Cisco was one of their first clients. AdventNet expanded its operations in Japan by June 2001. However, the 2001 dot com bubble burst, came as a huge blow to the company. In 2002, the number of customers was reduced from 150 to just 3.

This is the time when Sridhar realized that to survive, the company needs to diversify its services. AdventNet thus started to offer many other services other than network management. Today Zoho offers over 45 software products. AdventNet was renamed Zoho Corporation in 2009.

Zoho Corporation has been divided into the following three divisions -

Zoho CRM - Released in 2005. Zoho CRM (customer relationship management software) is being used by over 250000 businesses across 180 countries. Zoho CRM India helps businesses manage their sales, marketing, and customer service activities all from a single platform.

Zoho Writer - This is a cloud-based word processor. Zoho writer allows one to create documents and collaborate with the team members in real-time.

Zoho Sheet, Zoho Creator, Zoho Show, Zoho Meeting, and Zoho Docs are some other popular products by Zoho. Zoho reached one million users by the year 2008.  With over 13 million users in 2014, Zoho became one of the largest subscription businesses.

Zoho eventually propelled in almost every sector of sales, finance, communication, and marketing. The company brought in a greater digital transformation with more than 50 million users in 2019, and introduced ‘Zoho Remotely’, a toolkit to expedite work-from-home.

Zoho was founded by Sridhar Vembu and Tony Thomas in 1996. However, the company was not famous as Zoho but as AdventNet (1996-2009) back then.

Zoho founder Sridhar Vembu comes from a humble background. Sridhar was born in 1968 to a farmer in a small village outside Thanjavur but his dreams were big! He dreamt of studying in an IIT and then moving to the US and he successfully seized his dreams.

Sridhar studied in a Tamil Medium Government School till the 10th standard and completed his graduation from IIT Madras in 1989. Sridhar eventually received a scholarship to pursue his Masters and Ph.D. in Electrical engineering from Princeton University in New Jersey. The founder of Zoho got his doctorate degree and opted for a professorship in Australia. He moved to Australia but after 2 weeks he came back, resigning from the job.

He started his career in Qualcomm in 1994. Two years later in 1996, he kickstarted his own venture, AdventNet with Tony Thomas, who is also an IIT Madras graduate and was an old friend of Sridhar. It was Tony, who wrote a rough draft of networking software and needed help to sell it when Sridhar joined him as the Chief Evangelist to form AdventNet, which later came to be known as Zoho since 2009.

Sridhar Vembu was awarded the Padma Shri, on the occasion of India's 72nd Republic Day (2021). Sridhar is the 59th richest man in India, according to Forbes 2020. However, the founder billionaire is known for his modest attitude and often loves to go barefoot. Sridhar once said in an interview, "I live fairly simply, I hate wearing shoes. If I can avoid it, I do."

Zoho cofounder Tony Thomas worked at Bell Labs, before founding AdventNet. Sridhar and Tony both had similar interests in business and technology which led them to build their massive venture. Now, Zoho operates with around 10,000 employees.

The two initially decided to target the Japanese electronics manufacturers to go on with their business and in the meanwhile, Sridhar started to build the vision of AdventNet, which will fuel it for centuries.

A VC approached them in 2000, which required them to exit and liquidate at the end of 7 years but it was stopped soon because Sridhar and Tony were in no way seeing everything come down after toiling that hard.

It was 2001-2002 when the markets crashed! The AdventNet customers were reduced from 150 to 3 but fortunately, they had enough money to survive and pivot.

ManageEngine, a premier IT ops suite for middle market and enterprise customers, was launched in 2003, which soon started to work with a list of companies, over 60% of which had its name in the Fortune 500 list then. Thus, it became a leader in its target space.

They had found a winning formula by then, which included:

Sridhar soon sensed the potential of Cloud and SaaS and took to build an office suite to foray into the consumer market. Google Docs was eventually launched in 2005, and he pivoted again.

“It was easier to compete with Salesforce than Google, so we built a CRM,” said Sridhar.

Zoho team targeted small offices and home offices and therefore, they first decided to assume the domain name, "SOHO" to form SOHO.com, however discovering that the name was not available, the company went for Zoho.com, which though was close enough but expensive. The name was finally decided as "Zoho", which began to be the cradle of Zoho Docs and CRM.

The USP of Zoho Docs and CRM was to leverage on the wide offerings that they boasted of at affordable prices and this needed a huge team of engineers but Zoho didn't back of.

The company actually had 600 engineers with them in 2007, when Salesforce, the market leader, had only 100 engineers. Zoho today hires and trains hundreds of engineers right from their HS and guides them through the schools that the company has designed for them. The Zoho Schools of Learning train their students in the skills that are paramount for software development, and in turn, pay them to attend their schools. The students eventually evolve into talented engineers, who are retained through a combination of location, and a massive R&D budget.

The Zoho Schools are based out of Tamil Nadu, India, and allow their students to remain near their families, which are often based out of the rural areas in Tamil Nadu.

Zoho’s vision is to create superior software to solve all business problems. The company’s investment is more in developing its products and customer support rather than focusing on sales and marketing.

The name ‘Zoho’ was the result of the abbreviation “Small Office Home Office”, says founder Sridhar Vembu. Before, the company’s tagline is ‘Made in India. Made for the world’.

‘Marketing through Engineering’ is Zoho’s ultimate business model. It allows people to use their applications with no initial cost and it neither earns through advertisements. Zoho has over 10,000 employees and a turnover of $590 million as of 2020.

It’s only the products’ quality that is behind the successful business model. Zoho, with its ‘freemium model’, allows for a free sign-up initially, followed by specific charges for its premium upgrades.

“A lot of the cloud companies are moving away from the freemium model. We still believe in it strongly because, for us, the economics is, we want to get as many users as possible first. Get them to use our product strongly — we actually track usage very heavily — and then since we have a portfolio, they will discover more and more of the Zoho suite, and then they end up buying something”, says Sridhar Vembu,  founder, and Zoho Corporation CEO.

Zoho believes in spending or reinvesting around 50% of its profits in new projects. The total spending of Zoho is naturally less because the company always lets the products speak for themselves and refrains from spending too much on marketing. It is noted that it spends about 5% of what its competitors do for marketing purposes.

The branding of Zoho has always been unconventional, to say the least. The company, in fact, resorted to trolling Salesforce in 2013 by crashing their global user conference. That branding added to the pacing momentum of the company, which is currently growing at ~30% each year.

Zoho has acquired 1 company to date. ePoise is the maiden company that Zoho acquired on March 7, 2019.

Zoho is one of those companies that is bootstarrped yet successful. Zoho has not raised any funding till date.

Zoho has invested in 4 companies and participated in 6 funding rounds. Below are the details of the investments made by Zoho.

Some of the prominent growth highlights of Zoho can be summed up as:

Zoho has already been a successful company, famous for its office suite. Furthermore, with the launch of Zoho One in 2017, a comprehensive suite bundling 40+ applications, Zoho offers all that companies need $1/employee/month in a consolidated form!

Sridhar Vembu says that the company will focus on expanding its distribution and cloud connectivity to rural areas to boost the local economy. Zoho’s vision is to restore economic viabilities of rural regions through effective cloud technology, i.e., ‘Cloud-enabled rural revival’.

Yes. Zoho is an Indian company headquartered in Chennai, India

What is Zoho Tagline?

Zoho's tagline is "Made in India. Made for the world"

Who is Sridhar Vembu?

Sridhar Vembu is the Founder of Zoho. He was awarded the Padma Shri, on the occasion of India's 72nd Republic Day (2021).

What does Zoho company do?

Zoho is a SaaS company that offers online software, including e-mail, word processors, spreadsheets, wikis, and even customer relationship management. It is the Zoho mail company that functions diversely as a CRM and a suite.

What companies use Zoho?

Where is the Zoho Corporation Headquarters?

The Zoho Corporation headquarters is listed at Chennai.

What is the Zoho corporation Chennai Address?

If you are wondering about ZOHO Corporation Chennai address then the research and development campus is located in Estancia IT Park, Chennai whereas the product Zoho Desk was built and launched at the Zoho office at Tenkasi. 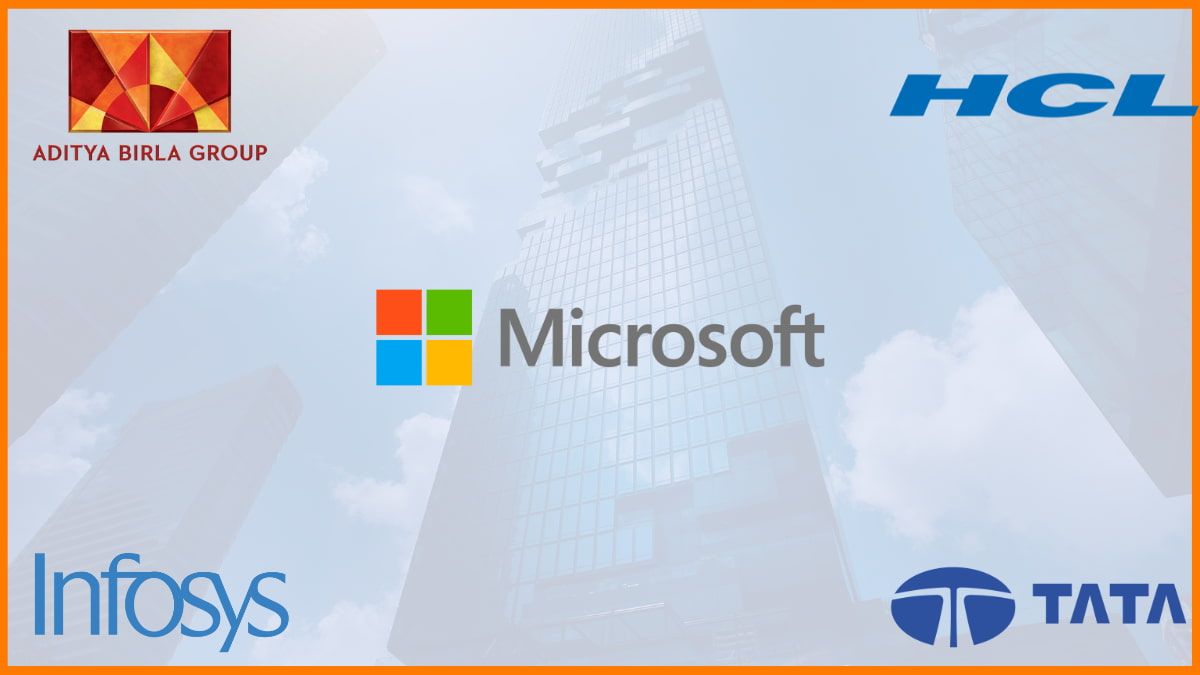 Blinkit (ex-Grofers) Success Story: What is the Zomato-owned Company Planning Next?