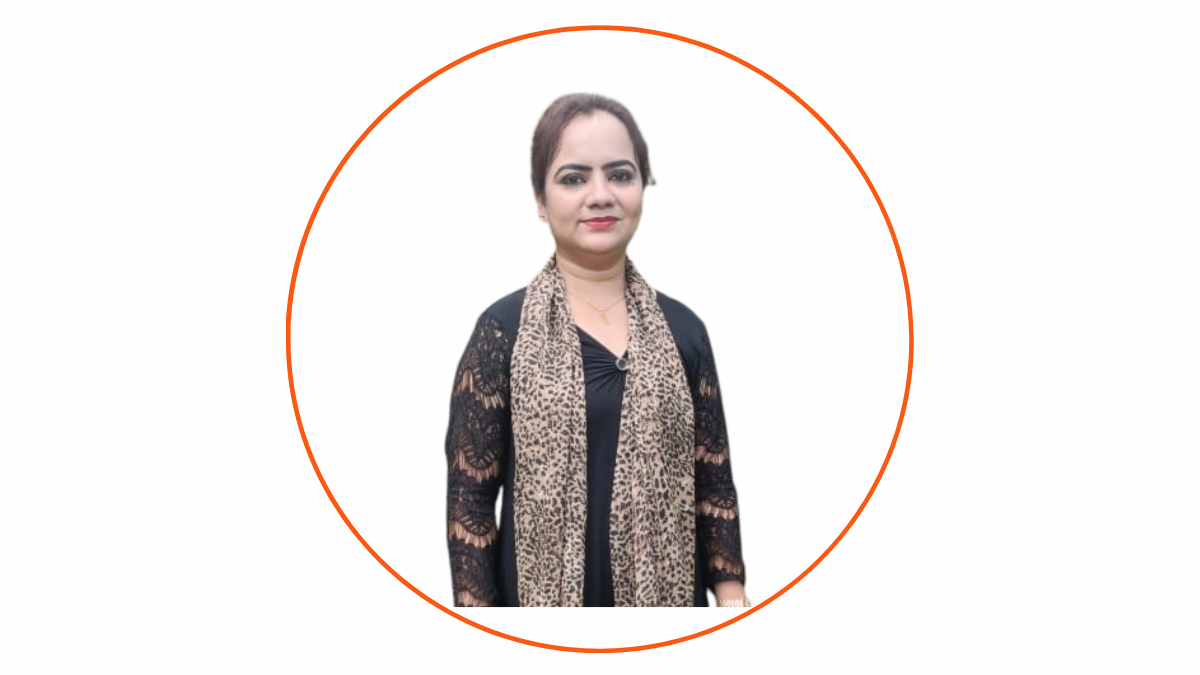 “Design used to be the seasoning you’d sprinkle on for taste; now it’s the flour you need at the start of the recipe", said John Maeda. And we cannot agree more as we see the impact UX and UI designers make on the world we live in.

As design enthusiasts, we are very proud of your work which is why we understand the importance of creating quality prototypes as a part of the UX development process.

Prototyping is an important stage in the UI/UX design process. It allows designers to create a mock-up of their design ideas and test them out with users before investing time and resources into building a final product. Prototyping is simply the creation of a simulation or a sample version of the final product. It helps designers to put ideas into place and validate them. The clients get a visual overview of the final product, and how it will look and feel. It helps in building a good understanding of what is required by the client, exploring options, and discussing barriers when seeing it visually. Now, a prototyping tool offers a platform for you to experiment, and apply your creative ideas, minimizing the risk and saving on efforts. As the faster you fail, the faster you learn with your mockup. You can iterate and improve the design by collaborating with the stakeholders using a prototype.

How to choose the right prototyping tool?

There are many different prototyping tools available that cater to the needs of UI/UX designers, each with its own unique features and capabilities. In this blog, we will introduce some of the most popular prototyping tools and discuss their strengths and weaknesses, and suitability for different design needs.

InVision is one of the most popular prototyping tools which quickly transforms your designs into clickable prototypes by applying hotspots to wireframes. It offers several well-designed tools, many features like repeatable components that can be changed in the entire site, very handy vector drawing tools, and animation and dynamic visual effect tools. Its project management page makes it simple to put the design elements into a status workflow. You can add features like a to-do column, in progress, review, etc. It establishes a centralized information source for all project participants and stakeholders.

Figma is a cloud-based and on-premise platform that enables businesses to create unique designs, as well as share them with their team. It is an all-in-one tool that makes accessibility and collaboration easy for you. It handles everything – prototyping, wireframing, UI design, collaboration, and handoff. It allows you to turn static design files into interactive prototypes with zero coding requirements. Its intuitive builder allows you to connect various UI elements, and choose your animations and interactions. You can control the appearance of grids, texts, and other elements and view your prototype on your mobile app with Figma.

Adobe XD is designed for modern UX/UI designers, enabling them to do their work with precise accuracy and effortless ease. It is a powerful prototyping tool that is a household name because of its applications like Photoshop, Lightroom, etc. This tool offers you a vector-based system for creating prototypes and dynamic functionalities like interactions, transitions, etc. Because of the vector-based system, it is easy to scale and resize with AdobeXD without any issues.

It is considered a full stack prototyping tool that lets you design your prototype from scratch, link pages together to create a clickable prototype and easy sharing options.

Sketch is an all-in-one design and prototyping platform that allows designers to create artwork and collaborate with developers for product development. It is one of the oldest UX design platforms and offers support in creating vector-based designs that are clickable. It allows you to create a static design in the canvas using its flexible editing tools and then create a prototype to view the designs. Because it is also vector based it is scalable. It enables the quick creation of low-fidelity prototypes. It also allows copy-pasting reusable elements. It is used by more than one million designers, from individual freelancers to large companies, to create amazing products on a daily basis.

UXPin is the perfect tool for creating interactive prototypes, designing systems, and documenting them. It allows you to create mockups, prototypes, and UX documents and facilitate collaboration. UXPin does not require a long learning process to begin designing. The intuitive and modern editor of this app allows users to quickly design an ideal experience, from beginning to end, without ever needing to leave.

Being a full-stack UX platform, it supports end-to-end design processes and helps in creating high-fidelity prototypes bridging the gap between design and development. For example, its new technology Merge allows you to create a fully interactive prototype with production-ready code components. It also offers you to add elaborated animations and conditional interactions adding logic to the design.

Framer is a powerful tool used by mobile designers to design layouts, add components, and create interactive prototypes. Framer allows you to build realistic animations from the ground up, or you can take advantage of the available resources in the community to find elements that suit your prototype. This solution facilitates the editing of your HTML and CSS, allowing for optimal customization of your UI and UX.

Framer offers smooth team collaboration and high-fidelity interactive prototypes. You can create completely functional prototypes by using the pre-made components and building animations and transitions. It has rich tools and features like adaptive layouts, and fully customizable interactive components that help in building rich layouts. You also get access to thousands of resources in the Framer X store where you find live maps, media players, UI kits, etc.

Proto.io is an excellent browser-based prototyping tool used by many professionals. Designers, entrepreneurs, and developers can make interactive and accurate prototypes of websites or apps by using this powerful tool.

Proto.io has a very intuitive drag-and-drop interface. It has hundreds of ready-made components and templates, which lets you quickly create low-fidelity prototypes. You get an extensive UI library for basic UI elements, can polish your prototype using the 6000+ ready-to-use digital assets and animations and offers seamless audio-video integrations.

Axure is an all-in-one design tool that can be used to create prototypes, specifications, and diagrams. It is a very intuitive platform and does not require you to know to code. It offers dynamic content for hover functions and unlimited combinations of event triggers and actions for exploring digital experience in the prototype. It enables you to create diagrams, wireframes, customer journeys, and other UX documentation right next to your prototype. You can keep track of notes easily and keep other assets organized and accessible.

Origami Studio is an absolutely Free design tool created by Facebook for designers who need advanced systems. Using it, designers can quickly create and share interactive designs. Origami Studio can be used to quickly prototype your design concepts, allowing you to gather user opinions before investing in a full-blown code version. The Patch editor feature of Origami Studio allows you to build logic, animations, interactions, and behaviors quickly. It also has a huge library with several pre-built options. You can quickly export prototype parts for designers to copy and paste code into the project. Origami Live is another powerful feature that enables easy and faster sharing for reviewing.

It is completely FREE.

Fluid UI is a great tool for designing prototypes, wireframes, and mockups with the help of real-time collaboration. This tool has one of the simplest and easy to use interfaces for rapid prototyping. It allows the creation of prototypes within minutes with over 2000 ready-to-use components with libraries for wireframing, material design, easy animations, and real-time collaboration. You can also upload your existing assets. You can also add mouse and touch gestures, and unique animations. When it comes to collaborating, it gives you features like video presentations, live video calling, built-in commenting, etc.

Prototyping tools are essential for UI/UX designers to create and test their designs before they are built. They allow designers to quickly and easily create interactive prototypes that simulate the final product, allowing for better communication with clients and stakeholders and more efficient iteration of design ideas.

While the above-listed prototyping tools are amazing and will help you create working prototypes for your projects, there is one that will suit your needs better than the rest. Choosing a prototyping tool will highly depend on the goals you are trying to achieve, the team you are working with, and their skills as well as the type of project they are working on. For example, if you are comfortable working with codes Axure is a good choice. When you need regular handoffs, Framer and UXpin are better options. For a polished prototype go for Origami and if you spend a lot of time in wireframes, Figma, AdobeXD, and Sketch are the ones for you. Regardless of the tool chosen, however, prototyping is an invaluable tool for improving the design process and creating more effective and user-friendly products.

What is a prototyping tool?

A prototyping tool is a software application that allows UI/UX designers to create interactive prototypes of their designs. These prototypes can be used to test and demonstrate design concepts, gather feedback, and communicate ideas to clients and stakeholders.

What are some top prototyping tools to use in 2023?

Some of the top prototyping tools to use in 2023 include InVision, Figma, Adobe XD, Sketch, and UXPin.

Which is the easiest prototyping tool?

Framer is considered to be the easiest prototyping tool.

Prototyping tools allow designers to quickly and easily create interactive prototypes of their designs, which can save time and resources during the design process. Prototypes also enable designers to test and gather feedback on their designs before they are built, which can help identify and fix problems early on.

Is it necessary for a UI/UX designer to use a prototyping tool?

While it is not strictly necessary for a designer to use a prototyping tool, it can be extremely beneficial in the design process. Prototyping tools allow designers to create realistic and interactive simulations of their designs, which can be very helpful for testing, demonstrating, and gathering feedback on their work.

Can prototyping tools be used for design projects of any size?

Which is the most basic type of prototype?

Where are prototypes used?

Prototypes are used in the design and development process to test and demonstrate design concepts. They can be used in a variety of settings, including in-house by designers and developers, with clients and stakeholders, and with end users.

Top 15 Freshdesk Alternatives to Try Once