ResearchGate is European commercial social networking site that provides a professional network for the scientific and research community to connect with each other to share, discuss research and share papers, ask and answer questions, and find collaborators.

It was founded in 2008 by a group of scientists, and has quickly grown to become the biggest networking site of its kind, with over 11 million users worldwide. In fact, the number of users has more than doubled in only two years, and the site is even being dubbed the ‘Facebook for scientists’.

ResearchGate - About and How it Works

ResearchGate is an academic social networking site designed to facilitate access to academic research and collaboration between researchers. It was founded in 2008 by a group of scientists, and has quickly grown to become the biggest networking site of its kind, with over 11 million users worldwide. In fact, the number of users has more than doubled in only two years, and the site is even being dubbed the ‘Facebook for scientists’.

Geoffrey Love, senior member of the Investment Division at Wellcome Trust, the second-highest spending charitable foundation in the world said: “ResearchGate is an innovative and widely-used platform, which connects researchers with their peers around the world. Through providing a space to share results and ideas, it is helping researchers to advance their research and develop applications that benefit society.”

It has a blogging feature for users to write short reviews on peer-reviewed articles. ResearchGate indexes self-published information on user profiles to suggest members to connect with others who have similar interests. When a member posts a question, it is fielded to others that have identified on their user profile that they have a relevant expertise. It also has private chat rooms where users can share data, edit shared documents, or discuss confidential topics.

Scientists are able to look at each other’s work, discuss their research within the academic community, and create professional partnerships. Active forums can provide a platform for less experienced scientists to find support and advice from those more experienced, and users have described long-lasting professional partnerships beginning from a request for help with their experiment.

2. ‘Create exposure for your work’

The online community provides a convenient platform for showcasing research, even before publication stage. The question-and-answer forums and comment areas mean that scientists can take part in a form of peer review, and enquire about others’ work.

3. ‘Get stats [statistics] on your research’

ResearchGate has its own rating system (RG Score) to evaluate the impact of researchers and their work. However, this metrics system has caused some confusion, and even controversy; please see the section below for more information.

4. ‘Connect with your colleagues’

Search for other researchers and create contacts all over the world, while also keeping up to date with the latest scientific research.

ResearchGate - Logo and its Meaning

ResearchGate's corporate logo starts with a process of discovery which reveals the organization’s  corporate identity and refers to company’s  values, its’ principles, personality, history, culture, strategy, structure, and all the actions, future plans and visions.The corporate logo creates a positive image in the minds of consumers and serves as a competitive advantage to enhance a firm’s  reputation by increasing visibility and  creating recognizability  and awareness about company's promise of quality as a differentiator.

ResearchGate was founded in 2008 by the physicians Dr. Ijad Madisch and Dr. Sören Hofmayer, along with computer specialist Horst Fickenscher.

“Our goal is to free knowledge from the ivory tower, to digitalize it and make it accessible for everyone in order to accelerate scientific progress,” says Madisch, who is also the company’s CEO.

It started when two researchers discovered first-hand that collaborating with a friend or colleague on the other side of the world was no easy task. Launched in 2008, ResearchGate was one of the earlier academic social networks on the Web. ResearchGate was founded in 2008 by virologist Dr. Ijad Madisch, who remains the company's CEO, with physician Dr. Sören Hofmayer, and computer scientist Horst Fickenscher. It started in Boston, Massachusetts, and moved to Berlin, Germany, shortly afterwards.

The company's first round of funding, in 2010, was led by the venture capital firm Benchmark. Benchmark partner Matt Cohler became a member of the board and participated in the decision to move to Berlin.

“ResearchGate is an innovative and widely-used platform, which connects researchers with their peers around the world. Through providing a space to share results and ideas, it is helping researchers to advance their research and develop applications that benefit society,” said Geoffrey Love, senior member of the Investment Division at Wellcome Trust, in a statement.

The platform revolves around research papers, a question and answering system, and a job board. Researchers are able to create a profile that showcases their publication record and their academic expertise. Other users are then able to follow these profiles and are notified of any updates.

The company’s mission is to connect the world of science and make research open to all. 12 million researchers have made more than 140 million connections on the network, and share over half a million updates about their research daily. ResearchGate has completed four rounds of financing from Benchmark, Founders Fund, Bill Gates, Tenaya Capital, Wellcome Trust, Goldman Sachs Investment Partners, and Four Rivers Group.

ResearchGate is a for-profit enterprise. They have had two rounds of funding and have investors that have previously been involved with Facebook, LinkedIn and PayPal. Such investors obviously expect a return.  ResearchGate is building the site, user base, traffic and (user-generated) content. There are currently 12 million registered members, compared to 467 million currently on LinkedIn. (Membership is free on ResearchGate, the company instead makes revenues from things like recruitment and other advertising, both of which are being directed at exactly the audience that those advertisers want to reach.)

ResearchGate has raised a total of $87.6M in funding over 4 rounds. Their latest funding was raised on Feb 28, 2017 from a Series D round.

As LinkedIn continues to reign as the world’s largest social network for the wider working world, we are seeing the rise of alternatives that are besting and beating it in specific verticals. ResearchGate, a Berlin-based startup that provides a professional network for the scientific community to connect with each other to share and discuss research, is today announcing that it raised $52.6 in a Series D round of funding, bringing the total raised to over $100 million.

This latest tranche of money comes from an impressive list of strategic and financial investors that include the Wellcome Trust, Goldman Sachs Investment Partners, and Four Rivers Group, Ashton Kutcher, LVMH, Xavier Niel, Bill Gates, Benchmark, and Founders Fund, some of whom (like Gates, Benchmark and Founders Fund) were investors in previous rounds. The startup has already been using the funds to build new features, such as Projects, to expand the functionality of its platform.

ResearchGate's competitors include Academia.edu, Google Scholar and Mendeley. In 2016 Academia.edu reportedly had more registered users (about 34 million versus 11 million and higher web traffic, but ResearchGate was substantially larger in terms of active usage by researchers.

The fact that ResearchGate restricts its user accounts to people at recognized institutions and published researchers may explain the disparity in active usage, as a high percentage of the accounts on Academia.edu are lapsed or inactive. In a 2015-2016 survey of academic profile tools, about as many respondents have ResearchGate profiles and Google Scholar profiles, but almost twice as many respondents use Google Scholar for search than use ResearchGate for accessing publications.

Millions of articles have disappeared from ResearchGate, the world’s largest scholarly social network. In 2017, five publishers said they had formed a coalition that would start ordering ResearchGate to remove research articles from its site because they breach publishers' copyright.

A spokesperson for the group said that up to 7 million papers could be affected, and that a first batch of take-down notices, for around 100,000 articles, would be sent out “imminently”. ResearchGate declined to comment on the coalition’s statement, but its terms of service ask users not to store information that infringes copyright. They also state that because the site neither previews nor automatically reviews information that users have stored on it, ResearchGate can’t know about — and isn’t liable for — any possible infringements. The site says it will quickly disable access to infringing material after being notified of a problem.

To begin with, it’s in the community’s growing job board where the founder sees future opportunities for monetization. As of now, companies and institutions post in the community for free, but Madisch says that down the road, one can imagine ResearchGate beginning to charge employers to post their listings in its job forum. The founder also sees an opportunity for monetization in creating a marketplace for scientific equipment and services within ResearchGate, allowing manufacturers and the companies responsible for making and distributing those services to get direct feedback from the community on what works and what doesn’t.

ResearchGate has received substantial financial backing from venture capitalists and Bill Gates, but it is not clear how the platform will generate revenue. ResearchGate isn’t quite on the same growth curve as the two early social networks, but it’s begun to find some traction in the scientific community, having grown to more than 2.8 million members spread across 131 countries since launch, with 30 percent now logging in once per month.

Matt Cohler(General Partner at Benchmark and Former VP of Product Management, Facebook) recognizes a similar ambition at ResearchGate to what he saw in his early days at LinkedIn and Facebook, and that, like those two businesses, the startup could be on its way to becoming a “true network effect business.”

In the near-term, the ResearchGate founder said that company will focus on using its new $35 million to scale and ramp up growth and engagement. The company is also beginning to toy with the idea of creating an API and finding the best ways to open the platform up to enable third-party developers to build apps and tools based on the data being aggregated within its walls.

ResearchGate has been regarded as one of the most attractive academic social networking site for scientific community. It has been trying to improve user-centered interfaces to gain more attractiveness to scientists around the world. Display of journal related scietometric measures (such as impact factor, 5-year impact, cited half-life, eigenfactor) is an important feature in ResearchGate. Open access publishing has added more to increased visibility of research work and easy access to information related to research.

Moreover, scientific community has been much interested in promoting their work and exhibiting its impact to others through reliable scientometric measures. However, with the growing market of publications and improvements in the field of research, this community has been victimized by the cybercrime in the form of ghost journals, fake publishers and magical impact measures. Particularly, ResearchGate more recently, has been lenient in its policies against this dark side of academic writing.

Therefore, this communication aims to discuss concerns associated with leniency in ResearchGate policies and its impact of scientific community. The site has been criticized for sending unsolicited email invitations to coauthors of the articles listed on the site that were written to appear as if the email messages were sent by the other co-authors of the articles and for automatically generating apparent profiles for non-users who have sometimes felt misrepresented by them. A study found that over half of the uploaded papers appear to infringe copyright, because the authors uploaded the publisher's version.

Sexism in the Workplace - Experiences & Opinions of Woman Entrepreneurs 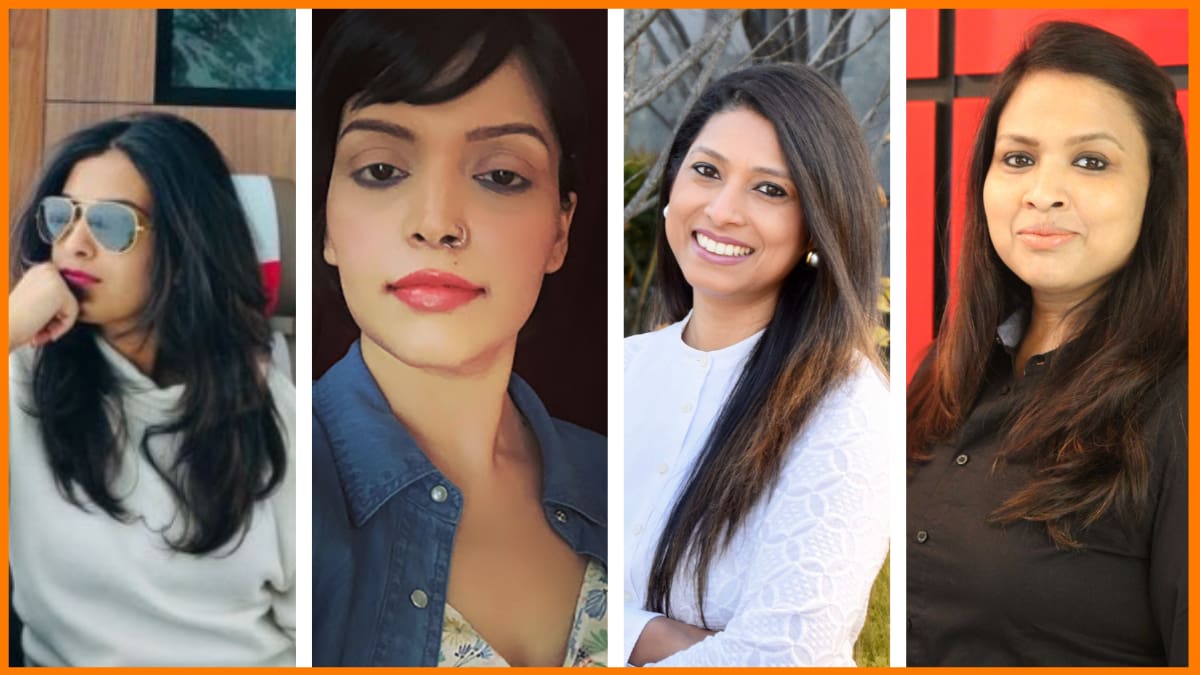 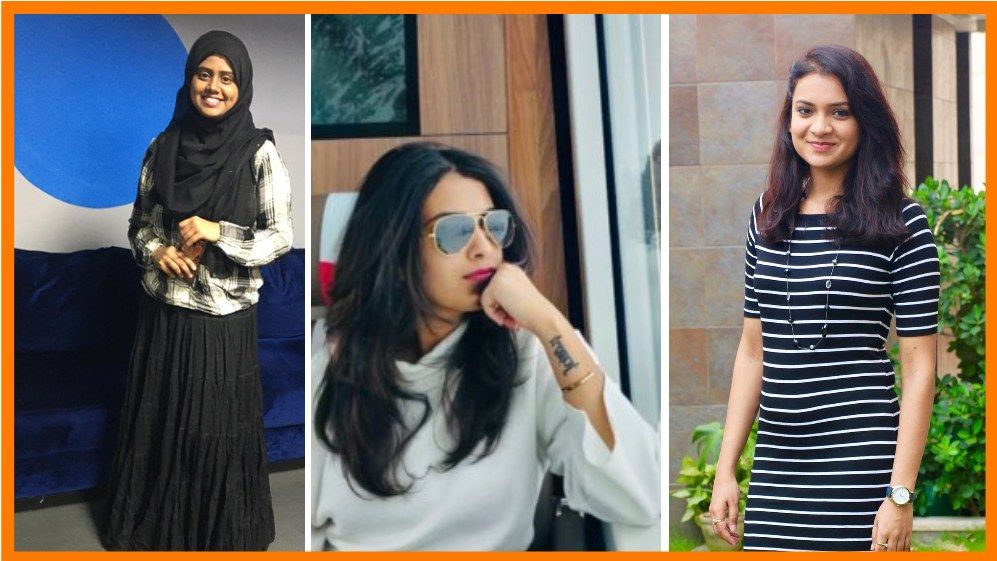 SportsApp- All in one app for sports!