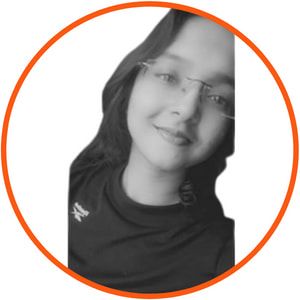 There comes a time when you have to take a stand, and the most important thing you should remember is leadership skills. These things are not taught as separate subjects, so you have to learn from others' experiences and from yours as well. That’s where leaders are born. In today’s world when leaders are emerging from every area, then you have to understand the role of leaders. And to become a great leader, doesn’t mean you have to go to a business school.

Here’s when TEDx Talks come. A really good thing about TED Talks is that they have answers to all your queries from around the globe in different languages. So, are schools and universities killing creativity? What makes a great leader? How can I find happiness? Is your management style effective in leveraging creativity, productivity, and change?  In this article, we will share some popular Tedx Talks that will motivate you and inspire you.

TEDx was created in the spirit of TED’s mission, “ideas worth spreading.” It supports independent organizers who want to create a TED-like event in their own community.

Shawn Achor: “The Happy Secret to Better Work”
Julian Treasure: “How to Speak So That People Want to Listen”
Jason Fried: “Why Work Doesn’t Happen at Work”
Tony Robbins: “Why You Do What You Do”
Pamela Meyer: “How to Spot a Liar”
Simon Sinek: “How Great Leaders Inspire Action”
James Veitch: “This Is What Happens When You Reply to Spam Email”
Steve Jobs: “How to Live Before You Die”
Sam Richards: “A Radical Experiment in Empathy”
Tim Harford: “Trial, Error, and the God Complex”
Amy Cuddy: “Your Body Language Shapes Who You Are”
Richard St. John: “8 Secrets of Success”
Kelly McGonigal: “How to Make Stress Your Friend”
Barry Schwartz: “The Paradox of Choice”
Amanda Palmer: “The Art of Asking”

The fact that our parents and guardians usually say: "If you study average, then you remain average." Highlighting this theme, he says that we should rather study the outliners of moving that average to outstanding in the business world. He urges leaders to change the paradigm of seeing the business world as a place full of risks. Since 75% of job success relies on outlook, we need to reverse the formula of success and happiness. His sarcastic insights on how leaders can easily leverage the 'happiness factor' where your productivity is always top-notch.

Julian Treasure: “How to Speak So That People Want to Listen”

We often face a situation where we are talking but nobody is willing to listen. At some point, there’s a time when you’re talking, but nobody’s listening. Julian Treasure has an extreme knowledge of sound and communication skills in this Ted Talk he teaches everyone how to speak powerfully with the help of some vocal exercises and of course with the use of empathy.

Jason Fried is the founder and CEO of  BaseCamp. Work and sleep, are common: both suffer from interruption. So, does he compare work to sleep on the same basis? He makes a point that why do we expect people to work if they are interrupted all day at the office? However, the fun part was that not blaming the social world and technology as the two factors for productivity lag, he says managers and back-to-back meetings are the toxic disrupters. He asks companies to cut back on unnecessary interruptions and consider allotting them quiet time.

Tony Robbins: “Why You Do What You Do”

Life coach Tony Robbins says self-interest is the driving force of life, and not emotions. Leaders should understand human needs, so that they can appreciate workers and, this is what shapes their ability to contribute. The science of achievement is understood, but the art of fulfilment still lacks understanding. Robbins suggests that excuses for failing are futile, and the defining factor of success is resourcefulness. So, making decisions based on a focus, giving it some meaning, and producing an emotion that inspires action.

Pamela Meyer: “How to Spot a Liar”

Pamela Meyer, the author of Liespotting said on a single day we are lied to from 10 to 200 times. In her Ted, she talks about how to detect those lies through their mannerism and body language. She also speaks about how honesty is a value that must be preserved, she believes that with her talk she'll be able to help people recognize the deception by others.

In this TED Revolutionary Talk, he said: “People don’t buy what you do, they buy why you do it.” He demonstrates via some powerful examples which include Apple, Martin Luther King Jr., and the Wright brothers in 'How best leaders inspire their teammates to work hard.' He talks about the hiring procedure of employees, Simon says that if you hire people just because they can do a job, they’ll work for your money. But if you hire people who believe what you believe, they’ll work for you with blood and sweat and tears. Simon Sinek has a simple but powerful model for inspirational leadership -- starting with a golden circle and the question: "Why?"

James Veitch: “This Is What Happens When You Reply to Spam Email”

Once you step into the business world then there is a bombardment of spam emails and important emails, which are to be read. Suspicious emails: unclaimed insurance bonds, diamond-encrusted safe deposit boxes, close friends marooned in a foreign country. They pop up in our inboxes, and the standard procedure is to delete them on sight. But what happens when you reply? James Veitch shared his story of how a spammer offered him a good deal through emails.

Steve Jobs: “How to Live Before You Die”

This was Steve Jobs' famous ‘commencement speech' at Stanford University, where he addressed his background and the events that led him to start a new revolution of technology in the 21stcentury. He strongly urged his leaders to have faith in what they are pursuing, to take a leap of faith, and act individually. Steve Jobs championed taking risks, stating: “Death is very likely the single best invention of life. It is life’s change agent.”

This is a radical and often misunderstood TED Talk about the importance of putting ourselves in others' shoes. Sam Richards talks about when empathy is a quality of being a good person, then it is also key to being a great leader. It teaches us how to communicate properly and understand the people around us which includes our colleagues, peers, family and others. Communication is actually the key and one should never underestimate it.

Tim Harford passes an atheist comment that how we blindly believe that God or the Supreme Power controlling this universe is not always right. Tim strongly urges people to abandon God. Often the method of trial and error produces variants that work, and we have no idea why. He argues that working to solve issues systematically is optimal. He also recommends leaders abstain from “laying down the law” and encourages them to admit when they're wrong.

Amy Cuddy: “Your Body Language Shapes Who You Are”

"Body language affects how others see you, but it may also change how you see yourself." Social psychologist Amy Cuddy believes our body language is the key to self-confidence. Even if we feel under-confident our body posture can ooze out the confidence we need at that moment. She also states on her Ted that we have the power to change a person's through our body language and once someone learns to do that it becomes easy to achieve success.

One of the shortest and the most popular TED Talks of all time, John talks about the top 8 secrets to business success at breakneck speed. The revealing secrets turn out, to be nearly as secretive as we may have believed. Sometimes, even the obvious needs to be stated. This 3-minute video is jam-packed with useful information.

Kelly McGonigal: “How to Make Stress Your Friend”

Psychologist Kelly McGonigal said in her Ted Talk that, stress is a feeling that we all are familiar with. Stress is called an enemy of public health however research suggested that stress can harm us only when we allow it to harm us. Apart from that she also, suggests seeing stress as something positive instead of a negative feeling that can harm us and believes that it will make our path to success a lot easier.

Barry Schwartz: “The Paradox of Choice”

Barry Schwartz, a psychologist by profession,  is smart, and it can be clearly seen when he takes the stage. He easily tackles the way we all think, he confidently assesses the surest of human freedoms: the freedom of choice. While our many decisions seem to give us all the opportunities we could want, we’re actually paralyzed. In his Ted Talk, he questions, if we are paralyzing our customers.

Amanda Palmer: “The Art of Asking”

Amanda is a self-proclaimed freak with an interesting past. She has completed her education in liberal arts and has worked for 5 years as a self-employed street statue. While working in the music industry and receiving success for her hard work she got to know about marketing techniques. She asks everyone to follow this marketing technique that is don’t charge money for music–just ask for it.

TED Talks inspire business leaders to take leaps in their steps which will create an impact, to achieve the success they have been dreaming about. Since TEDx Talks offer valuable insights, then believe this: TED Ideas are worth spreading!
You can emerge as an effective trailblazer in your office by being true to yourself and constantly learning from the information that is at your fingertips.

What is a TED talk stand for?

TED stands for Technology, Entertainment, Design — three broad subject areas that are collectively shaping our world. But a TED conference is broader still, showcasing important research and ideas from all disciplines and exploring how they connect.

Are TED Talks free to attend?

Free. A large number of talks from any TED conference will appear later in the year on TED.com. All videos on the site are absolutely free.

A TED Talk is digestible and focused, and acts as an opportunity for personal development. Todd Liipfert, TEC's Development Director and frequent public speaker explains that the inherent focus of a TED Talk is a key learning that can be applied when presenting at work.