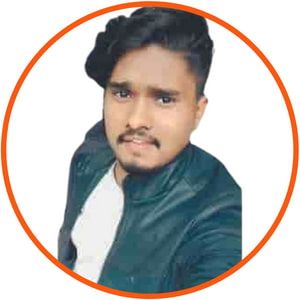 Globally, India ranks high, holding the maximum number of startups. A significant number of talented entrepreneurs have decided to test their skills and develop companies that reflect their ideas. Though there have been many risks of failing, startups do have a bright future in the country as the youth come up with creative techniques and unique models for the business's success.

There are many bootstrapped startups booming in India, and some of those are very successful and as old as 25 years. They include innovative ideas based on food, software, dating, shopping, etc. Indian youths have developed the perfect strategy that made their startups perfectly catered to Indian households. So the future of these startups is bright.

Here are some of the most successful bootstrapped startups in India.

It is a startup with offices in places such as Bangalore and Kolkata. It is a one hundred percent bootstrapped startup and was started in 2003. It helps to chart several pieces of information together. It uses various software such as Javascript, SVG, and VML and can create compact, interactive, and easily understood charts.

Pallav Nadhani started it. It has spread in over one hundred eighteen countries and is used mainly in the United States, Korea, and Europe. It has over ten million users. It has expanded many times its original size and has been recognized widely. Its staff has also been increased up to two hundred and fifty times and its revenue.

Nadhani worked alone developing the product, its website, sales, marketing, and customer support for the first three years. Also, she independently set up the whole company, and the company used up the money it made in expanding its area of business. These apps are mainly used because of their ease and effectiveness in depicting ideas in charts.

It is a company that makes business tools based on the web. It offers a range of software that office workers need. It was founded as early as 1996. In its previous stage, it was also known by the name AdventNet. It is privately owned. There are over fifty applications that are a part of the software set provided by it. It helps in conducting office functions with ease.

Sridhar Vembu founded it along with Tony Thomas. Zoho was founded in the year 1996 and has now spread over the globe. Its headquarters is in Chennai, which is in India. Its total assets include five hundred seventy million US dollars. It has many employees, which is more than ten thousand people working under it. It has a total of twelve offices worldwide.

It is a bootstrapped startup as it first started with the two brothers who set up this company with the help of Tony Thomas. Sridhar agreed to do the sales himself and printed cards for business. After getting many contracts, they started focusing their attention on making new products. After the year nineteen ninety-eight, when the sales of this company crossed the one million mark, they started getting paid and hiring people to work for them.

42 gears provide a set of software tools that are a single management system used in mobiles, personal computers, and other devices. It also helps in other functions such as securing the phone, creating content, collaborating, etc. It also has a private mobile testing app that goes by the name Astrofarm. It helps in mobile security, management, EMM, BYOD, MDM, etc.

It was founded in 2009 by Onkar Singh and Prakash Gupta. It has over eighteen thousand customers and has spread across one hundred fifteen different countries across the globe. It has been successfully used in more than five million devices and has one hundred thirty partners worldwide. It is still privately owned and gaining popularity with social media advertising.

It is bootstrapped as Onkar and Prakash set up this company on their own. They decided to risk it, as they were sure that they would be stable once the economy had recovered. His thirteen years of experience in the software field helped them create proper tools that would be helpful to people. Also, the company flourished after they made a profit on their own.

It is a platform that deals explicitly with electronic trading and provides financial services. Its products include kites, coins, and consoles, and it offers services for trading with commodities, mutual funds, government funds, bonds, equity, etc. It reached its peak in the year 2020. The name comes from the words Zero and Rodha combined.

Nithin Kamath founded this Zerodha in the year 2010. Its headquarters is in Bangalore. Its income is ₹4,042 crores. And at present, it has over one thousand one hundred people working under it. About five million people are using it now, and it has become the largest retail stockbroker in India, with almost fifteen percent of stocks from the market at its name.

It is a bootstrapped startup as, In June two thousand twenty, Zerodha attained a self-assessed valuation of over one billion USD. The money that was used to set up the company was their own. In the year two thousand fifteen, Zerodha won the Bootstrap Champ trophy. They have to rely totally on their salaries for their company's growth.

As we know, bootstrapping means being independent in every way and keeping everything in our own hands; it reduces the chances of getting into debt. Considering that most startups fail (almost ninety percent), we cannot guarantee that a bootstrapped startup will always be successful. The model of business and the goods that it deals with should be unique. Rest is a matter of luck regarding how the public responds to these products. But as bootstrapping makes the company independent, there are fewer chances of going indebted if it doesn't succeed. All that is needed to make a company work is innovation.

Bootstrapping is a good idea at present. Most youths are now coming up with innovative ideas that the present generation would love. Also, as the entire money comes from one's hand without being dependent upon others, it reduces the risks of being in debt. The business model in it is built by self, which increases innovation. Though there are certain cons, such as hard work and fewer chances of survival, it is still worth a shot.

Which are the top 10 Indian startups that are bootstrapped?

Top 10 Indian Startups that are bootstrapped are:

Zerodha is an Indian bootstrapped startup that became unicorn in 2020.

Why do startups need bootstrapping?

Bootstrapping a startup means an entrepreneur starts a self-sustaining business and grows the business by using limited resources and self owned money. Their startup growth is accomplished without any help of venture capital firms or angel investment. Bootstrapping enables entrepreneurs to retain their share of the equity.