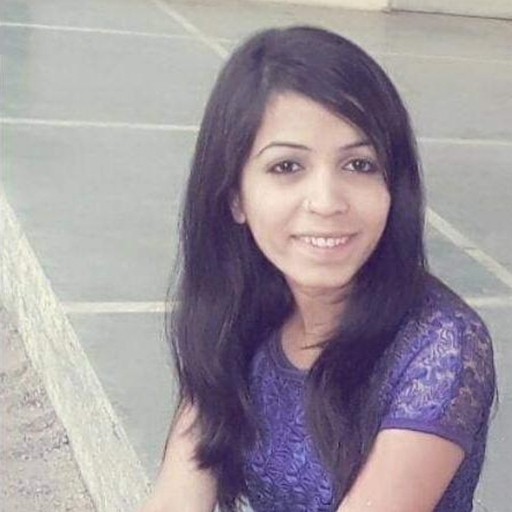 Farm Bot made a splash in the news, but it's far from the only farming startup working directly with farmers to improve farming practices. Robots are taking over farms - US tech startups want to bring automation to farms. Robots are the latest farmhands in a resurgence of interest and investment in agricultural tech. Farms are getting into computers and IT once again, with innovations made possible by improvements in sensors and semiconductor technology. Recently, a new wave of tech startups is working hard to automate agriculture with robots and AI. For example, a technology that hoes fields using computer vision autonomously identifies weeds and destroys them with targeted amounts of herbicides or pesticides. It can do this much more cost-effectively than humans can.

How are robots transforming work on farms?
What are the advantages of robots on farms?
Top Technologies Ruling Agriculture

Future of Robots on Farms

How are robots transforming work on farms?

Farming is a highly competitive industry. Farmers are under constant pressure to grow more crops and livestock while keeping production costs low. As the world's population increases, farms will need new ways to boost productivity and efficiency. This may include adopting technologies once thought of as science fiction, such as self-driving tractors and robotic milking machines.

The machinery and technology that farmers use are constantly evolving to make them more efficient. This can positively impact the environment, but it's also led to some negative consequences, such as the loss of many jobs in farming.

Farmers have invested in drones for aerial imaging, GPS-guided tractors, and other technologies to boost efficiency and reduce labour costs in recent years. In the next decade, robots may be able to help with more complex tasks such as weeding, harvesting and pruning.

The seed-planting machines can operate at night and in the rain, so they don't have to wait for ideal weather conditions. It's all part of the farm's efforts to remove humans from the equation and use technology to boost productivity.

The advances in agriculture have been nothing short of spectacular. Farm equipment gets more powerful, precise and efficient every year. Farms are becoming more automated in almost every way imaginable. Barns have become more comfortable and efficient for animals. Crops are being grown in vertical greenhouses and hydroponically — without soil. There are even robots that milk cows now.

What are the advantages of robots on farms?

Robots can do the farm work without getting tired. Even if they get damaged, you can easily repair them. Robots are more accurate than humans, and they can do a lot of work in a short period. Unlike humans, robots don't need water or food to survive. Machines don't have to rest day or night. They can work 24/7. Here are a few of the top advantages of having robots on the farm.

Robots can be programmed to pick the fruits and vegetables in a certain way so that only the best produce is selected and sent to market. This means that farms will waste less food. After all, it will no longer need to be picked by hand, which requires more employees and results in wasted produce because it was picked incorrectly or bruised during transport.

Robots are becoming more common in factories because they can perform more efficiently than human workers. The same is true on farms. Robotic equipment can be programmed to handle tasks requiring precision and speed while also performing repetitive tasks without getting tired or injured. This reduces labour costs for farmers with robotic equipment deployed on their farms.

Farms pose many potential hazards for humans – from sharp machinery and heavy equipment to dangerous chemicals and inclement weather conditions. By automating certain tasks that require human interaction with these dangers, you can reduce the risk posed to your employees – keeping them safe from harm.

As well as working longer hours than humans for minimal cost, robots can also increase productivity levels by performing tasks faster and more accurately than their human counterparts.

Robots can be programmed to do a certain job, and once they've been programmed, they won't need any more training; they'll just do the job repeatedly without getting tired or bored.

Robots can work 24 hours a day, seven days a week, without any breaks. This means that a farmer can get more work done in less time. In addition, the faster you complete your work, the less money it will cost you in labour costs and equipment wear and tear.

Big data and machine learning algorithms can help farmers increase harvests while reducing their environmental footprint. The conventional farming techniques and methods that we've used for decades are becoming obsolete — machines and computers are taking over farms. So what is happening with farm bots? Let's look at these companies and their technologies.

FarmBot is an open-source CNC farming machine and software package designed for small-scale personal farming. It uses a web application and Arduino-powered firmware to control a set of stepper motors that move a tool head around a patch of soil, performing the various tasks required for farming. The goal is to empower people to grow food with confidence in their backyard or community garden by offering you an easily deployable, scalable, and customizable robotic gardening system.

The Farmbot team's vision is that one day farmers and every person will have access to healthy food grown with love at home, in their community gardens, and on local farms — regardless of their background or income.

Abundant Robotics is working on a harvesting robot for apples. The company's prototype can identify and pick apples with more precision than a human.

The robot uses a vacuum system to pick the fruit from the tree. Technology does not appear to damage the apple or the tree. However, the company says that it needs further testing before making this technology commercially available.

The robot uses a combination of cameras and computer vision software to find good apples on trees and suction cups to grab them without damaging them gently. It can pick an apple every 12 seconds and works day and night.

The technology is limited to apple growers in Washington state but hopes to develop robots that can harvest various soft fruits and vegetables.

Burro, formerly known as Augean Robotics wants to replace herbicides and manual labour with fleets of robots that patrol vineyards, orchards, and farms.

The Augean robot looks like a mini tank on treads. It has two wheels, each with vertical blades that cut down weeds as it moves along the rows. It also sprays vinegar to keep weeds from growing back.

The idea is that farmers would use a fleet of wheeled drones that would be able to successfully detect weeds and kill them, allowing farmers to increase their crop yields and earn big.

Boston Dynamics' Atlas robot can do an impressive range of activities, from tai chi to parkour. And now, it can help out around the farm.

Boston Dynamics has released a video showing Atlas carrying a crate of lettuce heads across an obstacle course and then placing them in a box.

Atlas is a bipedal robot that stands 5-foot-9 and weighs 180 pounds. It's designed to tackle human-like tasks, including lifting heavy objects, opening doors, and walking in rough terrain.

In the latest video, Atlas steps over hurdles positioned in its path. They then balanced on one foot while picking up the crate using the other foot. It then bends over to place the container into a box.

The Iron Ox approach has some similarities to the indoor farms you've probably heard about: The produce is grown in a warehouse-like building that allows for year-round cultivation.

But there are several significant differences. First of all, Iron Ox's facility isn't stacked with trays of plants under grow lights. Instead, it uses hydroponics, which involves directly exposing the plants' roots to nutrient-rich water rather than soil. The company says this approach allows its system to cultivate plants with the same taste and nutritional qualities as those grown in open fields or greenhouses but use 90% less water and 99% less land.

The company grows greens in climate-controlled shipping containers (they are, after all, based in Silicon Valley) using an AI system called Angus. Then, according to each plant's specific requirements, Angus monitors the plants' needs and sends them what they need — water and nutrients.

In the 1950s, when a man named John Deere invented the first tractor, he probably did not think that a self-driving tractor would be hoeing fields one day.

Blue River Technology is a tech company that uses computer vision to help farmers make faster and better decisions. As a result, farm management should be more economical and less environmentally harmful. Still, many require regular manual inspection of crops—a time-intensive process with a high margin of error. Blue River Technology has created see-and-spray technology that allows its machines to distinguish between crops and weeds. Once they know what's what, they can spray herbicide at just the right moment through real-time analytics software.

The idea is cashier-less stores by Amazon. The company has created see-and-spray technology that allows its machines to distinguish between crops and weeds. Once they know what's what, they can spray herbicide at just the right moment. This will enable farmers to save money by only spraying the plants that need it.

Future of Robots on Farms

The future of farming looks like a science fiction movie, with robots planting crops, drones monitoring fields and satellites providing information from space. But are robots taking over farms?

Not quite yet. Despite the many advancements in technology, there is still a significant need for people on farms. Many tasks still require a human touch, like planting delicate crops and harvesting them.

The world of farming is changing. Advances in technology, including robots that can be programmed to work together, have allowed those working in the fields to get more done with less labour. These innovations are making farming more efficient and, at the same time, cheaper for farmers.

Farm automation is already revolutionizing the way farming is done. For example, robots are now being used to help farmers plant and harvest crops more efficiently. The future of agriculture is even more exciting, as modern technology will soon allow farmers to do things they couldn't even dream possible with no human intervention at all.

US Tech Startups making Farming Robots will change the world with technologies of the future.

Are robots used for agriculture?

Robots are used for many purposes in agriculture. Some examples are:

Which are the companies working for robotics farming?

Some of the best Robotics Companies working for robotics farming are:

What are the top technologies ruling Agriculture?