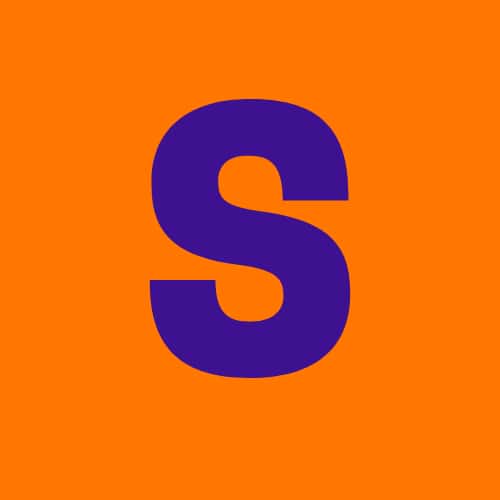 The number of netizens accessing the internet has increased with the arrival of JIO in India. As it offers low-cost data plans and cheaper smartphones which let them surf the world easily. Due to this, more people are found to be active online.

Taking an edge over this, various companies come up with unique marketing strategies in order to make their brand viral. And one of those strategies is known as Viral Marketing.

Viral Marketing is a business strategy that uses a social media platform to promote a product or service. In other words, it is a digital marketing strategy that tries to convince the customer to become a brand advocate of the existing products/services.

It encourages people to share with other people to reach a larger audience and thereby making the advertisement go viral, much in the same way that a virus spreads from one person to another.

Some of the examples of top viral marketing campaigns are:

When people got stuck at home due to Covid-19, that's when Zoom came up with a great social media campaign contest and giveaway.

Zoom, a video conferencing platform, had come up with a Virtual Background Competition in March 2020. It had introduced the monthly competition for remote workers. They could share videos or pictures using zoom’s virtual background feature. A monthly competition with three prizes per month.

How did Zoom perform? Over 50,000 people signed just to take part in the competition. Another great thing was customer value-added service. This campaign brought new people to Zoom and got them to explore different features. A good way to make sure customers learn and recommend further.

This campaign became the most successful viral marketing campaign on social media in the year 2020.

Being an iconic brand in the market, even Apple requires a marketing strategy that would help them to retain their customers. And with the launch of the iPhone X, Apple put out its ‘Shot on iPhone’ campaign to promote how amazing their cameras were.

The company focused on the "selfie" aspect that people can share on social media which create huge buzz among people. They find it a great product. The camera quality made people start filming and creating content. These beautiful pictures do not have any direct link to the brand except for the tag – Shot on iPhone.

People have started sharing the Shot on iPhone images and video. The campaign became a great hit because of the memes. Apple had successfully portrayed itself as the best camera phone for all camera lovers or content creators out there.

Again, an innovative way to remind their presence and the quality of their products.

Then, there is another viral marketing campaign brought by Dove. In 2004, Dove came up with the Real Beauty Sketch campaign. The purpose of the campaign was to let women know that they're more beautiful than they think.

In this video marketing, the artist draws two sketches of a woman - one that she herself help him to create and another described by somebody. The video went viral globally by spreading the brand message and belief in confidence.

Dove conducted a study and analyzed that only 2% of women considered themselves beautiful. So, they conceived the idea of using real women rather than models for their ad. The marketers tried to deeply touch the emotions of the people through this campaign. It reached a high point in 2013 which was watched over 114 million times within a month. The third most successful shared ad of all time!

iHeartDogs is a company that was established for a social welfare purpose. Every time people buy their products, they donate meals to dog shelters. Keeping to their core, the company started running ads on Facebook to attract more people to donate.

The campaign said that they will provide nothing for buying their products. Instead of discounts, they promised to double donations from purchases made over the weekend. They launched a 0% off campaign from Black Friday to Giving Tuesday. The ad on Facebook read 0% off but the company ended with quadrupling sales.

They had aimed to provide meals to 100,000 dogs in need but ended up providing 200,000 instead. The sales were four times more than expectations with over 500,000 people reaching out from just Facebook. As the cause was social, so it went viral on social media.

Twitter, a microblogging platform, has set a great example of viral marketing.

The South by South West (SXSW) conference brings together thousands of millennials interested in music, interactive media, and film every year. The SXSW is held in Austin, Texas. Twitter as a startup negotiated with the organizers to place huge screens around the venue. These were updated with real-time messaging and attendees with Twitter accounts participated in the campaign and promoted the brand.

This created a massive impact, demonstrating the arrival of a new social media age. Twitter gained a new reputation and many new subscribers who wanted to become part of something new. Thus, overall a very successful viral marketing campaign.

Another great example of viral marketing that incidentally took place in Austin, Texas.

Uber became a social sensation at the South by South West festival. They offered free rides to attendees during the conference and festival. This created a sensation during the event and people started discussing it on social media. Wouldn’t you? Everyone wants to experience free service and that too in such style! The deluge of information back and forth was so much that a social media platform collapsed.

Targeting the right people at the right time is very important. Young participants of SXSW no doubt took to social media and in no time it became viral on social media.

Ever wondered how did Spotify achieve such fame in a short time?

Spotify, a startup founded in 2008 in Sweden and provides audio streaming and media services. It had started with free service for UK customers in February 2009 and by September it had to halt free service and rely on invite-only. Then in 2011, it initiate co-marketing with Facebook to solidify its position. A personal playlist can be published on a user’s Facebook page and at the same time, another user can listen to it with a single click.

As of the second quarter of 2021, Spotify has 165 million premium subscribers worldwide and is available in more than 15 countries including the UK, the US, and the MENA region. This is another great example where a simple collaboration with social media has made the Startup go viral and increased users, especially where services are based on a Freemium model.

Another great example of viral marketing was set by Dropbox. Dropbox, the go-to cloud storage service to save your files and data. And the best part is once stored in virtual space, you can share and sync your files without the hassle of sending attachments individually.

They set a great example of affiliate marketing that went viral. Dropbox offered 500 MB of free storage for every referral and signup by an existing customer. What happened? Well, Dropbox saw registration shoot up by 60%. Even now, a major part of new customers is deriving from word of mouth.

By offering a reward to an existing customer, they achieved effective marketing by customers and a great loyal customer base. And when most of your customers are businesses, their reach is huge. Dropbox has over 500 million users as of 2016 and is poised to cross over a billion users soon.

It is not always necessary to come up with funny content to become viral. The company can reach a larger audience even by offering that customers are ready to accept.

If you talk about the startup that received so-called overnight success, then Mint is one of them. Mint proved that with its unique marketing strategy and great product for content creators. Mint used its blogs to create awareness and gave special benefits to users who put "I Want Mint" badges on their blogs or social media pages. That was great free advertising!

They were able to make customers feel special without spending money. And from this badge, Mint got free advertising on 600 different blogs from both normal people and influencers. Further, achieved recognition as providing useful information and being concerned about users. This way it ended up attracting more users and bloggers to write blogs on Mint for free.

They have been seen pouring a bucket of ice water on their heads either by themselves or someone else which attracted people around the world to take part in the campaign. The campaign went viral on social media and helped the organisation to raise over $220 million and became the fifth most popular Google search in the year 2014. Even after the campaign, the donations to ALS remained 25% higher than a year before the campaign.

ALS was able to raise awareness by breaking the mould and doing something out of the box.

Marketing is an essential element for any business, startup or established organization to tell customers how awesome their product is and why they should buy it. There are innovative ways to promote your product. Now that you know the various examples of viral marketing campaigns, you can apply this to make your brand go viral and reach a larger target audience. Not all viral campaigns have to be funny or shocking. It can go viral for both positive and negative reasons if you can deeply touch customers' emotions by spreading the brand's message.

What is viral marketing?

Viral Marketing is a business strategy that uses a social media platform to promote a product or service. In other words, it is a digital marketing strategy that tries to convince the customer to become a brand advocate of the existing products/services. It encourages people to share with other people to reach a larger audience and thereby making the advertisement go viral, much in the same way that a virus spreads from one person to another.

Why is viral marketing important?

Viral marketing is important as it helps to reach a larger target audience, which results in increased sales revenue.

What is a viral marketing example?

One of the examples of viral marketing is the ALS Ice Bucket Challenge. Many celebrities and big personalities agreed to dump a bucket of ice water on their heads to raise awareness of ALS and generate donations. The ice bucket video created a huge sensation on social media that enormously increased ALS awareness.

How do you carry out a viral content marketing campaign?

8 Secrets to go viral on Social Media are:

What is the best marketing campaign?

The Best Marketing Campaigns of all time are:

The contents that are based on trending topics and are capable of evoking intense emotional responses are likely to go viral.

How many companies use buzz marketing?

Seema Banerjee
If you have something interesting to share on our site, reach out to me at story@startuptalky.com

Sep 24, 2022
Shikha Tyagi Shikha Tyagi Vipul Mahrishi Vipul Mahrishi
Great! Next, complete checkout for full access to StartupTalky.
Welcome back! You've successfully signed in.
You've successfully subscribed to StartupTalky.
Success! Your account is fully activated, you now have access to all content.
Success! Your billing info has been updated.
Your billing was not updated.