But keeping these statistics aside, some Indian startups have gone on to dominate their target segments. This post is dedicated to the some of the most successful entrepreneurs from India whose ventures have revolutionized the daily life of millions, if not billions, across the globe. The path to name and fame wasn't easy for them; it involved several trials and tribulations.

Here is a list of successful entrepreneurs in India barring the big names such as Mukesh Ambani, Ratan Tata and alike.

Ritesh Agarwal founded OYO rooms in 2015. He was the recipient of the TiE – Lumis Entrepreneurial Excellence Award (2014), became the first Asian to win ’20 under 20’ Thiel Fellowship (2013), was named one of the top 50 entrepreneurs by TATA First Dot Awards (2013), and became the world’s youngest CEO at the age of 17. Ritesh Agarwal, an Orissa boy coming from a business-oriented family, went to Kota to become an engineer. But unlike other JEE aspirants, his passion caught hold of him and he did not take the JEE preparation seriously. Instead, he wrote a book called 'Indian Engineering Colleges: A Complete Encyclopedia of Top 100 Colleges'; the book became immensely popular on Flipkart. He was just 16 when he was selected for the Asian Science Camp held at the Tata Institute of Fundamental Research (TIFR). With a penchant for traveling and having lived in tons of hotels, Ritesh observed a common problem at the places he stayed – the exorbitant price of the hotel room was not in proportion with the facilities provided. He felt that majority of the hotels in India couldn’t satisfy the basic needs of a traveler on budget. Thus, he started Oravel Stays, his first venture in 2012. He imrovised his business model and re-launched Oravel as ‘OYO’ which is short for ‘ON YOUR OWN’. Ritesh Agawral became one of the most revered Indian entrepreneurs in through OYO.

An epitome of courage and wisdom, Shradha Sharma was at the top of her career while working with famous news media houses like Times of India and CNBC (Mumbai). During her stint with these organizations, she noticed that no one was willing to promote and air the stories of entrepreneurs—both successful and not-so-successful. She figured out that there are millions of stories storming around but no medium to share them with the masses. Shradha decided to create Yourstory, an online portal that hosts entrepreneurial stories and other share-worthy content. Yourstory was started in 2008 and has allowed over 70,000 stories to come to the fore. Shradha Sharma leads a team of 100+ people who work together to offer content in 11 Indian languages. Yourstory's aim is to provide a voice to the roller coaster of emotions that an entrepreneur go through. Shradha Sharma is the recipient of the L’Oreal Paris Femina Award and has been included in the list of Worlds’ Top 500 LinkedIn Influencers. She is one of the most followed female entrepreneurs in India.

Bhavish Aggarwal, an IIT Bombay alumnus founded the most popular cab aggregator in India – Ola Cabs along with Ankit Bhati. He is the recipient of the mBillionth award in 2013, Best startup of the year by IAMAL, and was listed in Forbes 30 under 30 list. Bhavish revolutionized the idea of cab hailing in India by making use of smartphones. Ola Cabs was different from the other cab services at that time in the sense that it leveraged smartphones and GPS technology; thus, it became easy for people to cabs from anywhere at any time. Bhavish Aggarwal had a well-paying job at Microsoft which he left to work on Ola Cabs. No one supported his idea but it was his strong will, determination, and eagerness to take risks in life that led him to the pinnacle of success. Bhavish Aggarwal is counted amongst the most successful Indian entrepreneurs.

Vijay Shekhar Sharma is the founder of Paytm, the cornerstone of digitized payments in India. Vijay is from Aligarh, India. A graduate of the Delhi College of Engineering, Vijay worked on several projects and at a small startup before taking the entrepreneurial plunge. He put in USD 2 million to get One97 up and running. One97 is the parent company of Paytm. The payments platform gave Indians the access to a mobile wallet, the facility of making payments using QR codes, simplified bill payments, and a lot more. These features made Paytm wildly popular. In this manner, Vijay Shekhar Sharma became an inspiration to the budding entrepreneurs all over the globe.

Deepinder Goyal and Pankaj Chaddah revolutionized the food delivery segment in India through Zomato. The duo are IIT Delhi graduates. Zomato started out as ‘Foodiebay’ and was first launched in Delhi. It was later extended to Mumbai and Kolkata. Now, there is not a single place in India where Zomato doesn't render its services. Zomato's mobile app is its USP; the app has an excellent user interface that lets you order food from the restaurant/eatery of your choice and make hassle-free payments.

Kunal Shah graduated with Bachelor of Arts degree in Philosophy from Wilson College, Mumbai and briefly pursued MBA from Narsee Monjee Institute of Management Studies before dropping out. Shah's first startup venture was a company named Paisaback, which provided cash-back promotions for organized retailers. Kunal Shah, along with Sandeep Tandon, is the Founder of one of India’s most Innovative business models – Freecharge. He saw a potential of online recharging in a growing market. Cred is Shah's second venture after he sold Freecharge to Snapdeal in 2015 for $400 million. He is definitely one of the most famous entrepreneurs in India.

Sachin Bansal and Binny Bansal are the founders of  Flipkart. The e-commerce segment in India underwent a drastic change courtesy of Flipkart. Sachin and Binny found discrepancies while searching for products on Amazon's online store. The duo realized the USP of their e-commerce initiative would be the timely delivery of products complemented by a simplistic user interface that leveraged the latest technology. Both the founders has now stepped down from their positions in Flipkart after it was acquired by Walmart in 2018. Flipkart is still giving a tough fight to all the e-commerce platforms out there and continues to win the hearts of Indians.

Deep Kalra is the founder of MakeMyTrip. The credit for the introduction of online train bookings in India goes to Deep Kalra. A graduate of St. Stephen’s College with an MBA degree from IIM-Ahmedabad, Deep worked for GE Capital and ABN AMRO bank. But the office culture and 9-5 job didn’t coldn't captivate him enough. With a $2 million investment from eVentures and his co-founders, Deep Kalra founded MakeMyTrip, (earlier known as 'India Ahoy') in the year 2000. The company was listed in NASDAQ in August 2010. After IRCTC joined the race, Deep diversified MakeMyTrip by introducing hotel bookings. MakeMyTrip has mergers with MyGola, TrulyMadly, and the ITC group to name a few. Deep Kalra is the chairperson of the NASSCOM Internet Working Group, a member of the Executive Council of NASSCOM, and is part of CII’s tourism sub-committee.

BYJU’s app has helped thousands of students who struggle with subjects mathematics and science crack some of the hardest entrance exams like the JEE, NEET, and UPSC. Byju's has dominated the vertical of online education that is oriented towards the preparation for competitive exams. Byju Raveendran is the founder of BYJU's. He is an engineer who worked in a shipping firm and accidently stepped into the field of teaching when he assisted his friends for their CAT exam. Raveendran's friends cleared the exam with flying colors and this motivated him to take up teaching on a full-time basis. Byju Raveendran started BYJU's with an initial investment of just Rs. 2 lakhs; the startup's valuation has recently crossed $11 billion!

The concept of bringing the grocery store at one's doorstep has done wonders across the globe. With it, the problem of waiting in long queues at groceries has now gone for a toss. Indians too now prefer the online route for grocery shopping. And who has dominated this segment? BigBasket. Hari Menon is the founder of BigBasket. With sales of over Rs. 150 crores per month, BigBasket has cemented its place as one of the big shots of the Indian e-commerce domain. It is operational in Bangalore, Mumbai, Delhi-NCR, Hyderabad, Chennai, Pune, Ahmedabad, and Kolkata at present.

Albinder Dhindsa wanted to provide the services of a grocery, bakery, and a general store through a consolidated platform. His dream took the form of Grofers, an Indian online grocery service. Albinder Dhindsa and Saurabh Kumar founded Grofers. The duo worked hard to infuse new ideas into the online delivery system in India. Grofers is worth around $650 million today. The company has shifted from a B2B to a B2C business model. Grofers was named one of the Top 10 Startups in Delhi and Gurgaon in 2014.

We hope this Indian entrepreneurs list motivates you to act on that startup idea you have in your head! Who else do you think should be featured in this list? And what makes you go gaga over him or her? Do comment.

Who is the youngest entrepreneur in India?

Shravan Kumaran and Sanjay Kumaran are the youngest entrepreneurs of India. They co-founded the company called 'GoDimensions' a development unit in 2011 at their home at the age of 10.

Who is the world's richest person?

Who is the richest Indian?

Is a CEO an owner?

The title of CEO is typically given to someone by the board of directors. Owner is a job title is earned by sole proprietors and entrepreneurs who have total ownership of the business. But these job titles are not mutually exclusive — CEOs can be owners and owners can be CEOs.

5 Simple Steps to Evaluate a Company's culture during Remote hiring 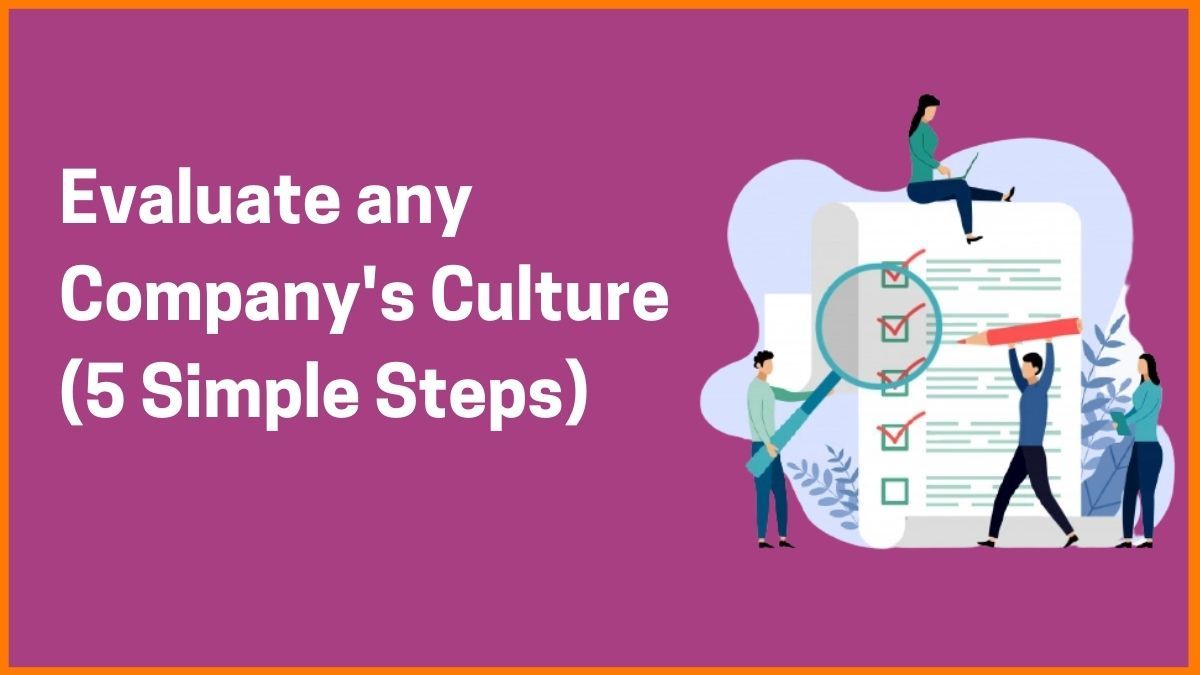